Previously I’ve thought about various ways I could do a four years pay over five years and then take a sabbatical year off work and still get paid.  From circumnavigating North America to tracing my grandfather’s route through occupied France in 1940 during World War Two, there are a lot of interesting ways I could take a year off with an epic motorcycle ride included.

One of the first motorcycle travel ideas I had was to do the Pan-American trip from Prudhoe Bay in Alaska to Ushuaia in Argentina, from the top to the bottom of the Americas.  This ride is an even more extreme version of the North American circumnavigation as the mileage is mega; over 56,000kms!  At a 400km a day average that works out to 141 days or over 20 weeks making miles every day.  With a day off every week that adds another 3 weeks to the trip.  Fitting it into 24 weeks would mean some rest days and some extra time to cover the border crossings and rougher sections of the trip.

Another way to look at this might be from a Nick Sanders angle.  He did Prudhoe Bay to Ushuaia and back again in an astonishing 46 days.  That’s 23,464kms x 2, so 46,928kms in 46 days, or an astonishing 1020kms average per day, including stops for flights over the Darien Gap between Columbia and Panama two times.  That approach (I imagine) gets pretty psychedelic and I might not really get the sense that I’m anywhere doing it that way, but there are certainly ways to tighten up the schedule and move with more purpose if needed.

The actual number of days needed if I ran it over 24 weeks would be 168.  The best time to hit Prudhoe Bay on the Arctic Ocean coast of Alaska is obviously during the long days of the northern summer.  If I left home mid-July I’d be up Prudhoe way eighteen days later at 400kms/day.  If I push on tarmac I should be able to get up there by the beginning of August and then begin the long ride south.

A good tie-up in South America would be to follow a bit of the Dakar Rally – this year running in Peru from January 6th to 17th.  After that it would be down south to the tip of South America in their late summer before heading back north. 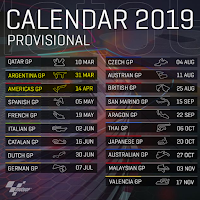 The 2019 MotoGP season lands in Texas the weekend of April 12-14, making a nice stop before the final leg home in the spring.  Two weeks before that they are in Argentina.  Trying to connect the two races overland would be an interesting challenge.  It’s just over six thousand kilometres north to Cartegena, Columbia and the boat around the Darien Gap, or just over seven thousand heading through the Amazon.  Then another forty-five hundred kilometres through Central America to Texas for the next race.  In a straight run that’d be almost eleven thousand kilometres across thirteen countries in eleven days if I managed to get to Texas for the pre-qualifying.  That’d be a Nick Sanders worthy feat.


The PanAmerican Trip Tip to Toe and back again in sections:


Leave July, Prudhoe Bay by end of July, Dakar in January in Peru, Ushuaia in February, Circuit de Rio Hondo for the MotoGP race at the end of March then a hard 11 days north through the Amazon to Austin Texas for the next race in mid-April.  Home by the end of April.   And I’d still have May-August to write about what happened and publish.