Digging out an old BMW from the woods the other day was an emotional roller coaster.  What we ended up finding wasn’t what we thought it was though.  Jeff’s original plan was to find an old air head BMW and convert it into a cafe racer.  Bill Costello’s wonderful example was what motivated him aesthetically.  BMW turned out a lot of air cooled boxers before recently adopting an air/water cooled combo.  You think it’d be easy to pick one out to strip apart back to basics.

Turns out that isn’t the case.  As we wheeled the old R100RT out of the shed we were struck with a custom paint job and some interesting looking badges.  It turns out that in 1983 BMW Motorrad was celebrating its 60th anniversary and produced 300 special edition machines, and we were looking at one of them that had been sitting in a shed for eleven years.

It took a few hours to get back with the bike, but once in the driveway we were looking it over by flashlight, trying to get a handle on what it was that we’d recovered from the grips of time. 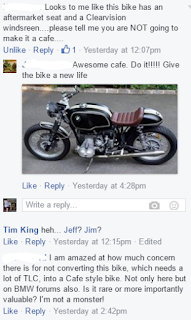 The next morning over coffee a discussion started around just how special this anniversary model might be.  It took Jim showing up with a cell phone that actually worked at the cottage (thanks Bell) to get online and begin filling in the gaps.

As the rain thundered down outside we discovered that these bikes often sell for three times what Jeff had bought it for.  On top of that a lot of BMW aficionados are against pulling apart and cafe-ing older BMWs, especially anniversary specials.  This left us in an awkward place.  Do you cut it to pieces and build the cafe racer you’ve been dreaming of building, or do you restore what might be a valuable piece of history?

If you’re going to run into problems buying an old bike, this is a good one to have. 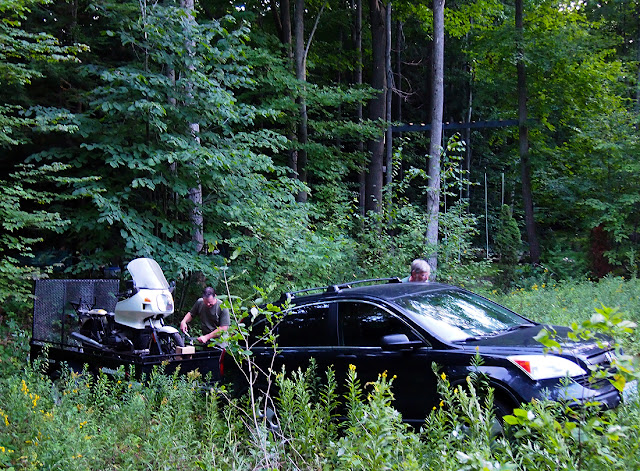 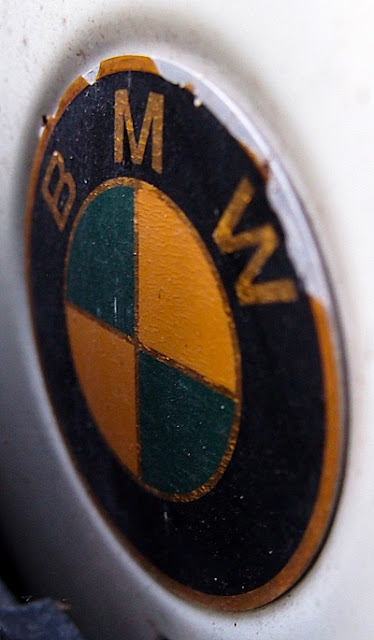