These little imaginings are a nice escape, and if I ever become pointlessly rich, I’ll be able to torment friends and family who ride with ridiculous Top Gear like challenges. 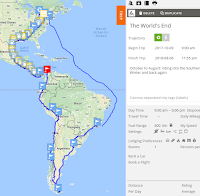 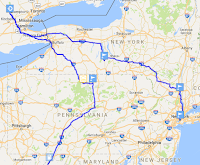 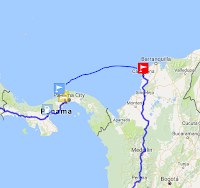 I’ve been monkeying around with Furkot and have come up with a themed trip to the end of South America and back.  Starting in October, just as the darkness and cold is closing in on Canada, we head south.  Over the next six months while ice and snow reign in the north, we enjoy equatorial heat and spring in the southern hemisphere.

We reach the southern terminus of our trip in mid-winter/summer (December 21st) on the longest day, and then begin the climb back up the globe on the other coast of South America before finally stopping in Rio and shipping the bikes back to NYC.  With the best part of three months to get south, this isn’t a ragged rush to the end and should offer time to really get a sense of the places we’re passing through. 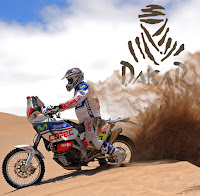 We’d be in Buenos Aires two weeks after Ushuaia, coincidentally, just when the Dakar Rally kicks off, which would be an exciting thing to try and follow on lightened motorcycles (we could store most of our luggage in B.A. while we chased the race).

The Dakar wraps up in mid-January after we follow it into the Andes and through Bolivia before coming back to Argentina for the start/finish.  We’d recover in Buenos Aires and then begin making our way north into Brazil.  A tour of Brazil would have us seeing the Amazon before coming back down to Rio. 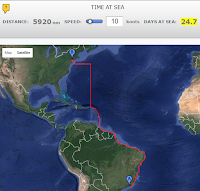 If we left South America from the port of Rio and headed back to New York City, it would take about three weeks on a slow boat; a good time to rest, recover and write!

The final piece would be the two day ride home from NYC to Southern Ontario in April, just when we’re ready for spring in Canada.

The evil-rich me would offer to pay for the trip, but we’d be riding the whole way on bikes that cost less than $5000 Canadian (Top Gear style). 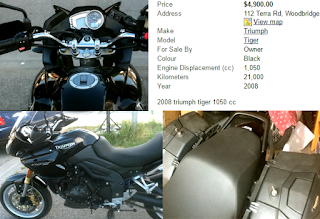 I’m still crushing on Tigers.  I think I could talk this one down to $4200 to get it under the

An oil change and a check of the obvious bits (chain, tires, cables) and I’d be ready to go. 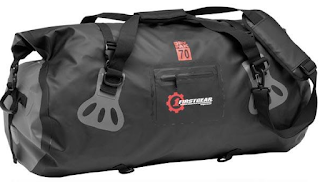 The North American bit will be a lot of tarmac, but the Central and South American bits will take some tougher tires, which I’d aim to pick up en route.

A quick trip to Twisted Throttle (who have a whack of 1050 Tiger gear) and I’d be ready to take on the escape from winter.