Today I had a go at the suspension of the KLX250.  The previous owner is a much smaller fellow than me, so he had the suspension at stock levels (preset for a 150lb rider with no luggage or passenger).  For a big guy like me (6’3″, 240lbs) the front was wallowy and the back felt loose.

I’ve included photos of each below.  Tightening up the suspension was quick and relatively painless.  The clicks are obvious and about half a turn of the screwdriver each.  After cleaning up with wd40, I had no trouble turning any of them.


Click on any of the photos to get a bigger image.

On the bottom of the front forks you’ll find a hexagonal opening.  There is a rubber cover in there.  It’s designed with a flat edge and pops out easily with a small, flat screwdriver.  Inside you’ll see a small, flat headed bolt.  Each half turn creates an obvious click.  I turned each side clockwise four clicks.  No more wallowing, and the forks feel tighter on cornering.  On braking I get a single, less pronounced drop.  That was a quick fix.

The rebound damping adjuster is on the side of the bottom of the shock housing.  It gets dirty under there so wiping it down first helps in finding things.  It’s easy to get a flat screwdriver on the adjuster bolt, and it turns easily. The clicks are obvious, I turned it up (clockwise) four clicks.

The compression damping adjuster is obvious behind the cutout in the fairing.  It was tucked in behind an electrical connector on mine which easily pushed aside.  Since it’s out of the muck, this one doesn’t get dirty.  The clicks were again obvious – I turned this one up four clicks as well.

I then took the bike for a quick ride to get gas.  On the road it corners more tightly with none of the previous wallow.  On the way back I tried to ride as directly as I could rather than follow the roads.  I got to the end of pavement in a subdivision and found myself on a deeply rutted dirt road which led to a hydro station.  I then nipped down a walking path to the road behind my subdivision.  This bike is so quiet a rabbit was surprised when I puttered by.  There is a large dirt pile where I came out of the bush so I zipped up it and back.  Off road the bike is much tighter.  There is still a lot of suspension travel, but I could feel what the wheels were doing much more clearly, the bike just feels tighter.  I was just hoping to calm the wallow.  That happened, but the whole bike dynamically feels so much more suited to me now.

Now that I know where the bits and pieces are, I’m intending to keep monkeying with the settings to get it customized to my size and preferences.  With the settings that easy to play with, why not? 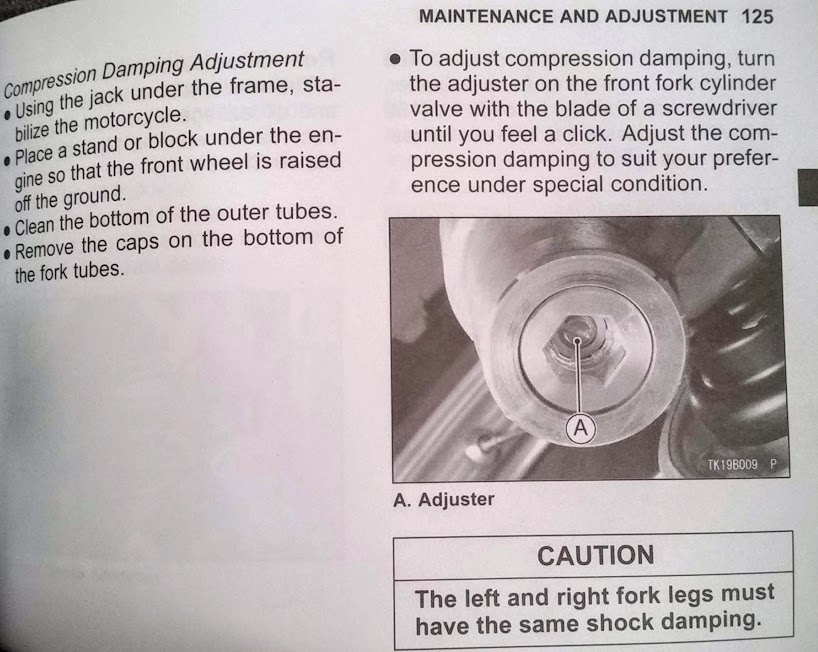 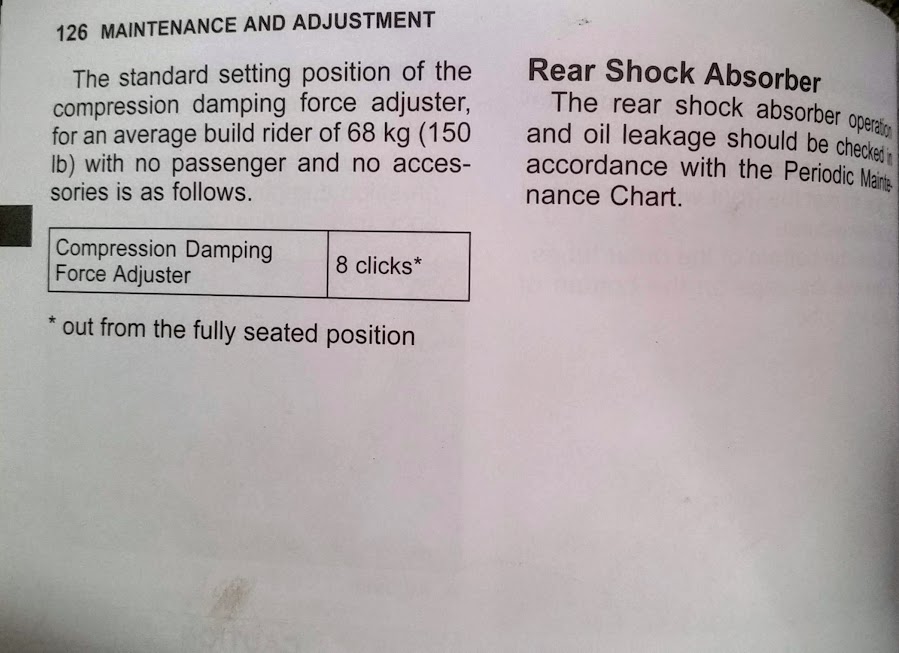 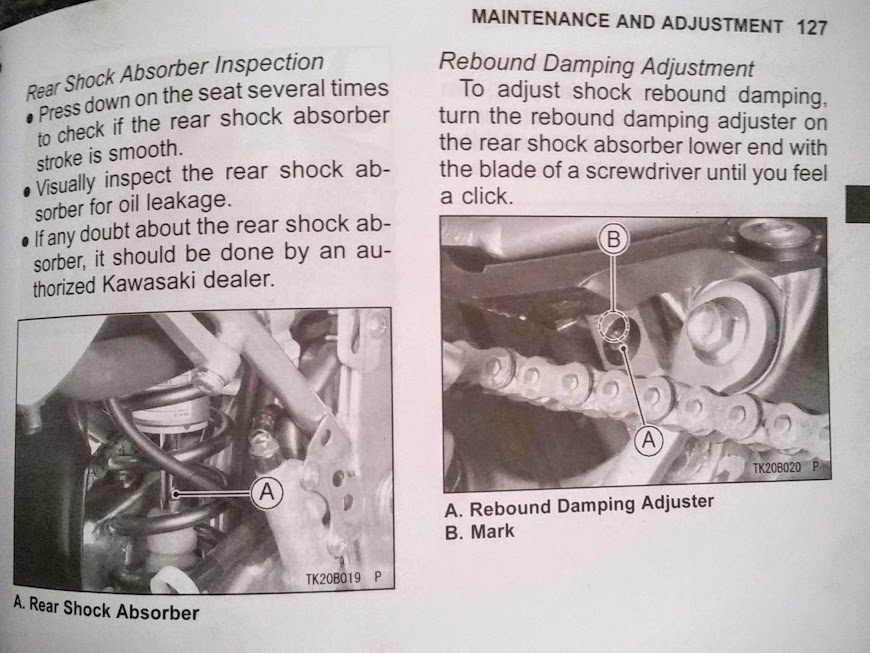 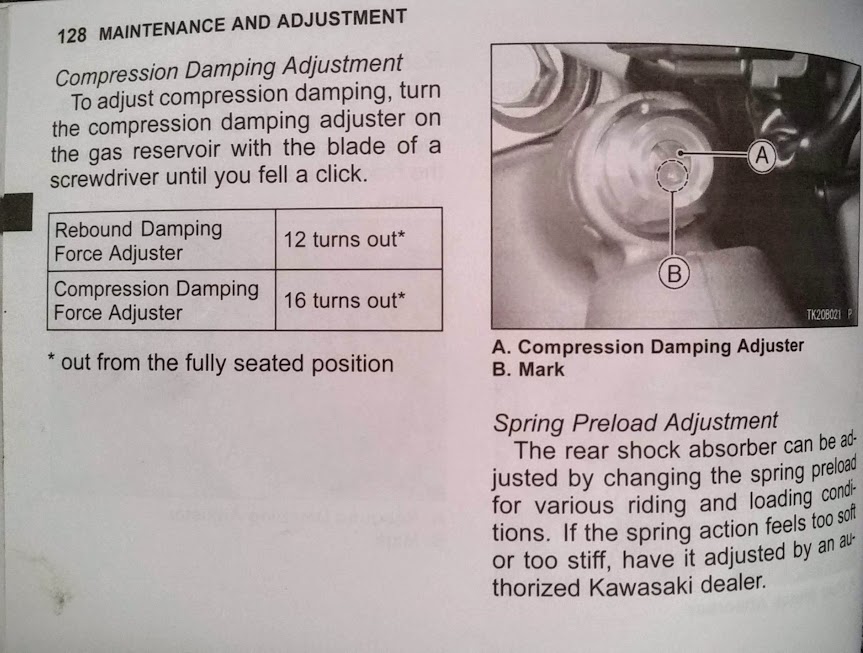