I finally found KW Honda today!  It’s hidden around back of the big Honda car dealer peddling bland people movers.  If you head around back you find Repsol themed race bikes and jewel like VFRs.

On a much needed lunch break from Skills Ontario provincial championships with thousands of boisterous teenagers watching a few hundred wonderfully talented ones, I got some head space wandering through the Hondas. 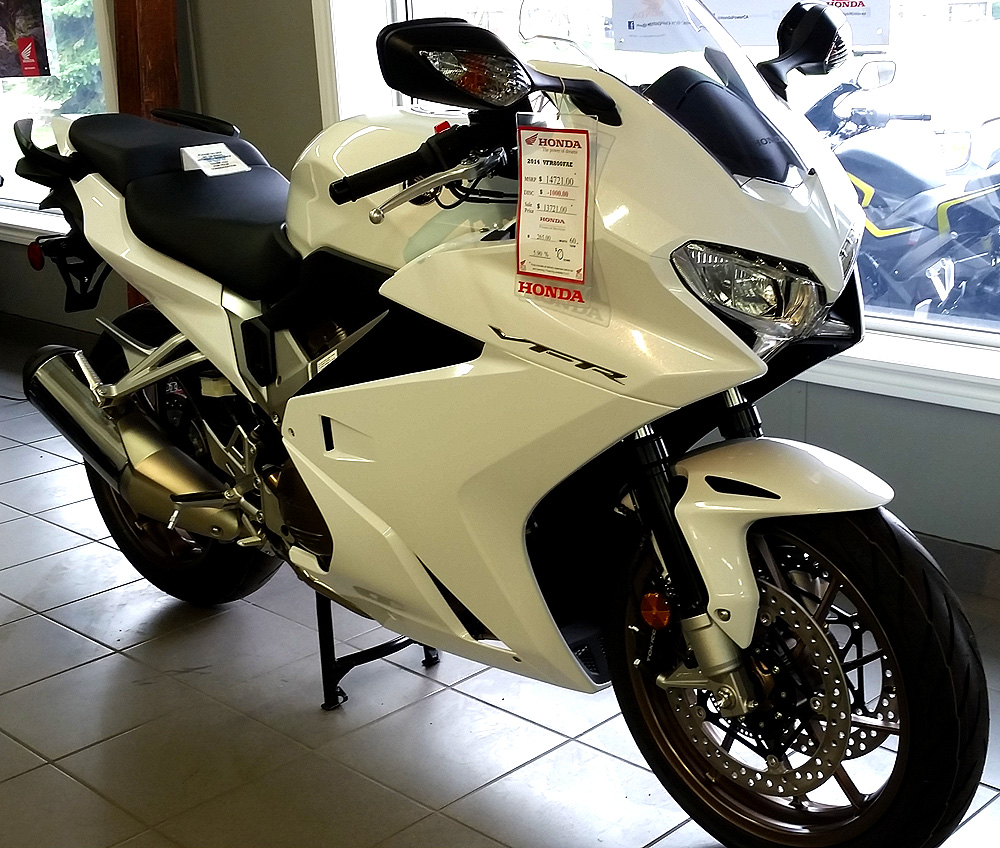 The bike I longed for as a teenager was the VFR750, so I was hoping to find its spiritual successor at the Honda dealer, and I wasn’t disappointed.

The white VFR800 they had on the floor was breathtaking.  The paint has a subtle pearl iridescence that gives it fantastic depth.  Every detail of the machine has a finished quality to it that I’ve found lacking in a lot of other bikes; it’s a bike worthy of desire. 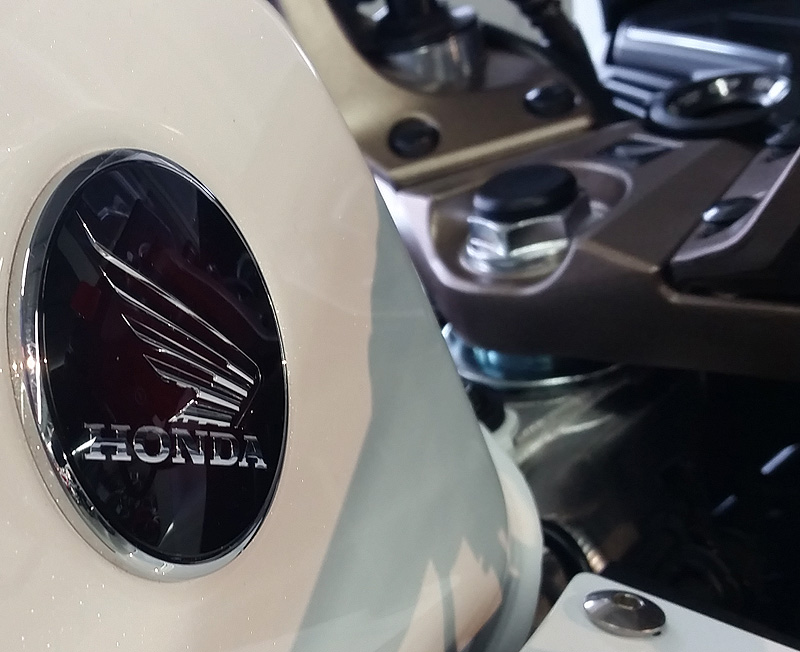 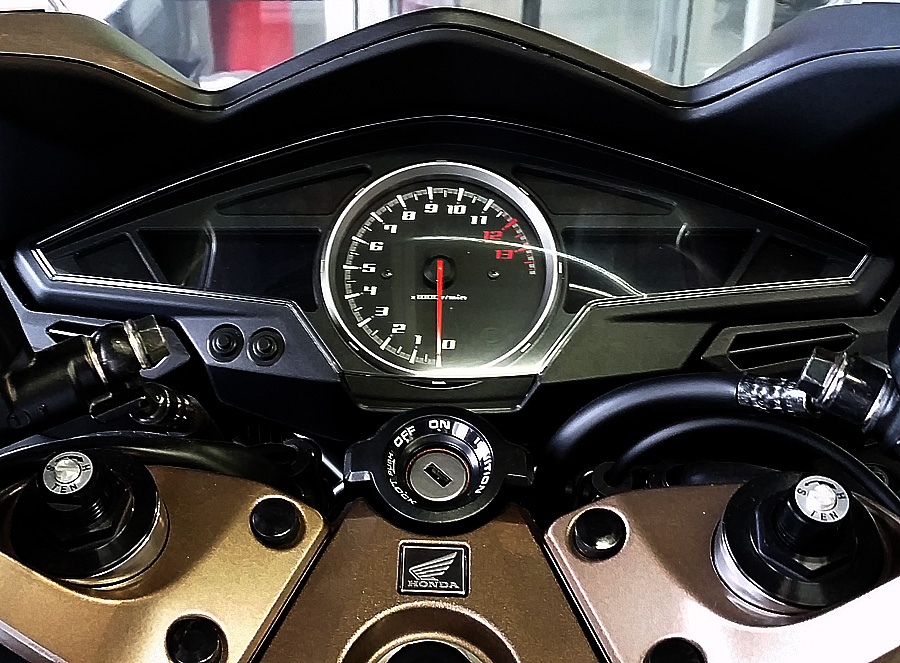 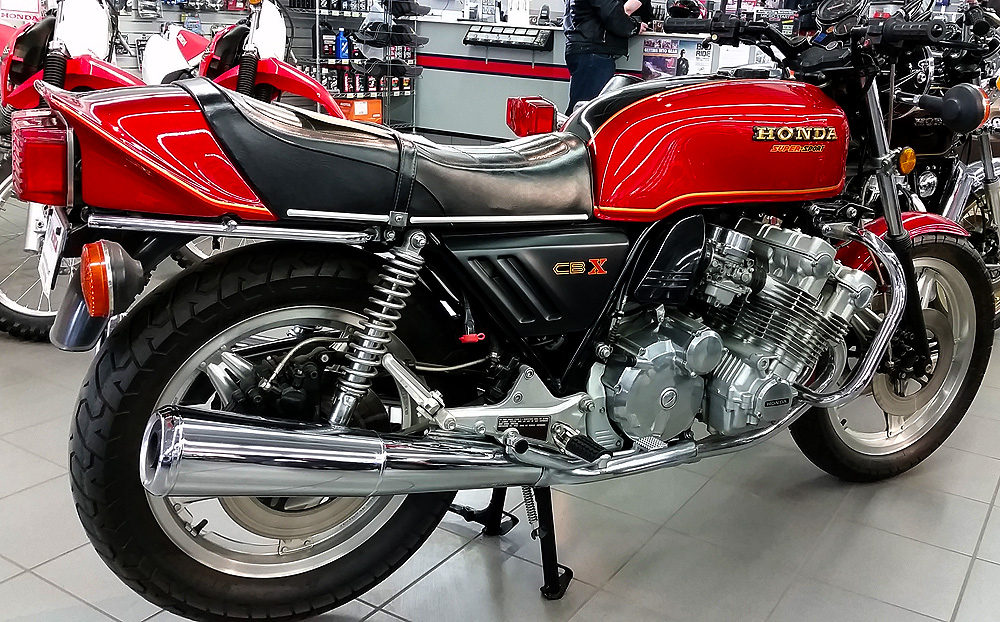 They had a number of older Hondas as well, including this astonishing 1970s CBX with a massive air cooled six in it!

If I had thirteen grand to throw around a VFR would be in the garage right quick.  Sitting on it, my legs are about as folded as the Concours, I’m leaned forward more but it’s a substantial bike, I don’t feel like a circus bear on it.