In 2004 my wife and I had our son Max.  At the age of three his daycare provider was wondering about his reactions to sudden loud noises and encouraged us to have him in for assessment.  This was a difficult process for me, I didn’t want him labelled and pigeon holed for the rest of his life, but at the age of seven he was diagnosed as being on the autism spectrum.

Autism presents in an astonishing number of ways.  In Max’s case he’s hyperlexic, and has many of the social cues you’d associate with autism (lack of eye contact, nervousness around strangers, generally missing social cues).  Encouraging Max into activities that other kids would leap at was always tricky.  We tried soccer for a year, but it wasn’t his thing; Max does things in his own way.  When we started him on a bicycle he was slow to get into it and then wouldn’t take the training wheels off.  After an intensive week last summer with Kid’s Ability he was shooting around on two wheels.

We built him a bike (pretty much from scratch) and he’s been inseparable from it since.  Last summer was, coincidentally, my first summer motorbiking.  While I was fettling my bike, he was fettling his.  I took him for a couple of short rides around town on the Ninja, but I was worried about how much attention he was paying on the back there. 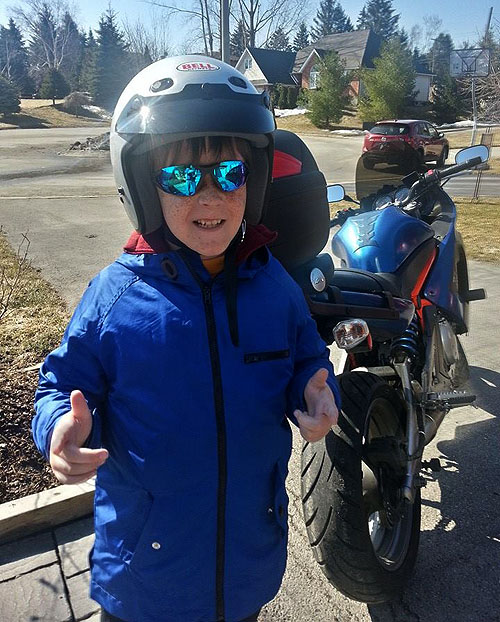 This past weekend we took the bike down to Guelph on a sunny but cool Saturday morning.  With the topbox (and backrest!) on, it was a lovely ride.  I was no longer worried about him disappearing off the back.

He is very excited about the idea of riding which has me wondering about autism and motorcycling.  I think he enjoys the anonymity a helmet gives him (something not uncommon in autistic people).  In addition to the sense of anonymity is also the mechanical sympathy I see in a lot of autistic kids.

My day job is as a high school teacher of computer engineering and we have a high number of autistic kids in our program.  I think they enjoy computers because they are consistent in ways that human beings simply aren’t.  That consistency creates a trust in those kids; they can work with a computer and know that it won’t be bizarre, random or emotionally difficult.  Some of my most focused, strongest students are on the spectrum and present a deep, nuanced understanding of technology.

Having a son who is autistic, I’ve moved from a professional relationship with autism to a much more personal one.  When it’s your own son you start to see it in yourself as well.  My own mechanical empathy has a lot to do with my seeing machines as more than a sum of their parts.  Where I find people difficult, often frustratingly so, machines reward consistency and right action; I like them for that very reason, and suspect that my son does too. 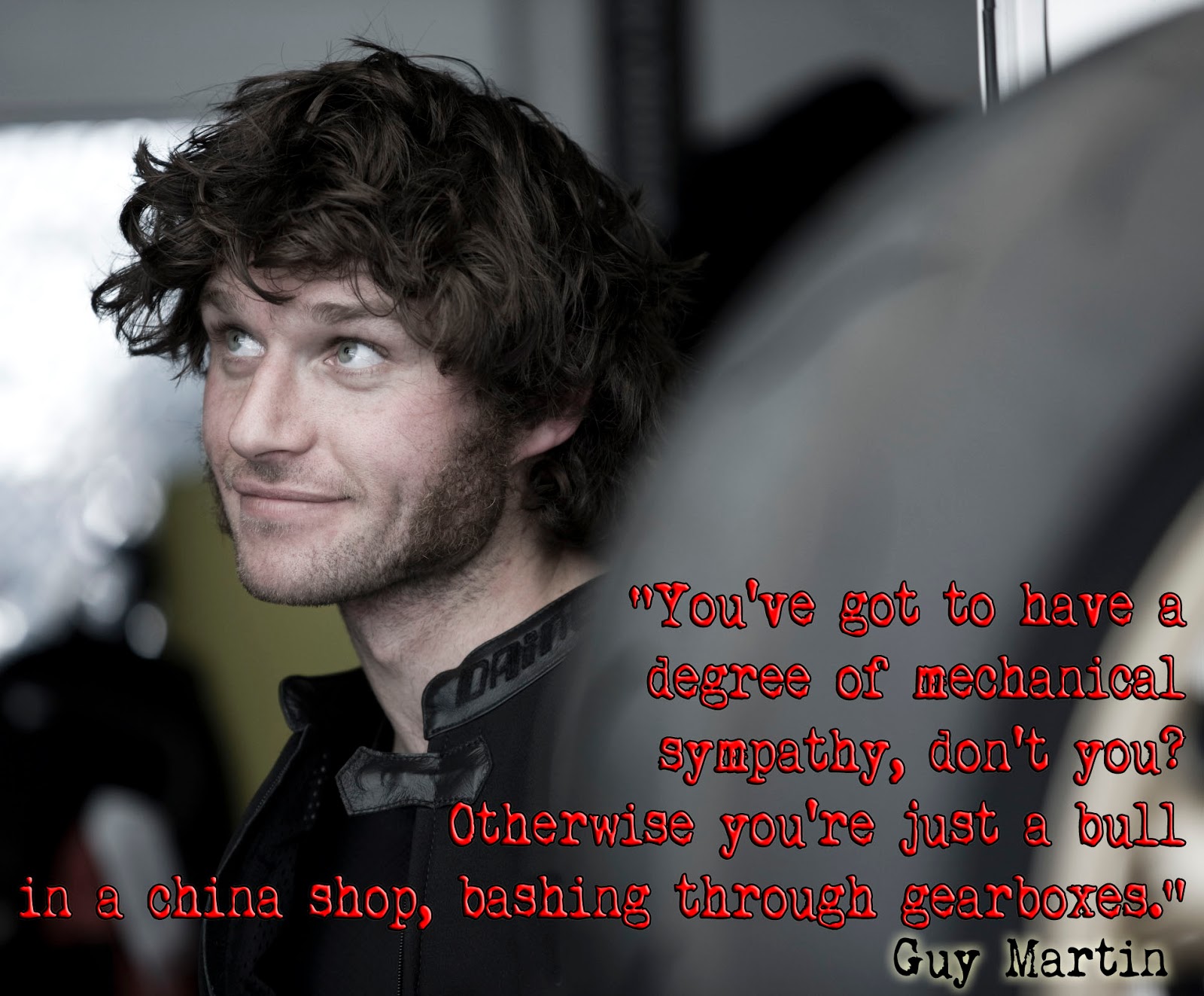 I tried looking around online to see if there have been any links made between autism and motorcycling but I couldn’t find anything other than a lot of ‘rides for autism’.  The immersive nature of motorcycling fits nicely with the hyper-focus many autistic people are able to demonstrate.  You get to be anonymous inside your helmet and alone with your thoughts.  On top of it all, motorcyclists seem to have an intense relationship with their rides, what many ‘normals’ would consider to be mere chunks of metal, or worse, pointless infatuations.  A sympathetic if not empathic relationship with machines is a trait many motorcyclists and autistics seem to share.

I suspect there is a deep and lasting relationship between motorcycling and autism.  I wonder that there is nothing written about this anywhere.