WIRED recently did some articles based on the Tokyo International Motor Show.  I spent a couple of years in Japan paying off all the debts I accumulated living in North America.  I’ve got a soft spot for Japan and the tech they produce.

Kawasaki’s neon green ode to anime bikes scratches that anime itch, though it is fairly ridiculous. Of more interest from an engineering point of view is Yamaha’s ultralight bike.  Since watching McGregor and Boorman trying to right seven hundred pound BMWs in the Long Way Round, I’ve wondered why bikes aren’t lighter than they are.  Why aren’t we getting more horsepower out of smaller engines and saving weight that way?  Why aren’t we using our modern engineering prowess to build bikes with smarter materials?

Case in point, as a high school student I thought the Honda Interceptor was awesome. It weighed 443lbs ready to go.  The current 500CBR is a modern equivalent, wet weight? 428lbs.  In thirty odd years of materials research and development a company as forward thinking as Honda has managed to shave 15 pounds off a bike’s gross weight?

How about Triumph’s last year of the original Bonneville?  A 750cc bike, 441lbs.  The new one?  496lbs.  It’s a bigger engine, but it would need it to lug that fat ass around.  Even Triumph’s brilliant and athletic naked Street Triple still tips the scales at over four hundred pounds.

Motorcycles are, by their nature, minimalist forms of transportation, but instead of finding ways to make them even lighter and more efficient we’re SUVing them just like we did with four wheelers.  Bikes like KTM’s new 390 Duke give me some hope though.  At 300lbs I bet 390cc has never felt so powerful. 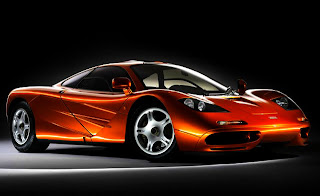 motorcycle manufacturers.  Yamaha asks a good question when it asks, where are the two hundred pound motorbikes?

McLaren could put together the three seater 200mph+ V8 F1 super car twenty years ago with a curb weight of only 1062kgs (about 2340lbs).  We’ve got massive cruisers tipping the scales at 900lbs, meanwhile Mercedes-Benz is putting together Smartcars that weigh only 1600lbs.  Even a back to basic bike like the KLR650 with only a single cylinder and basic bodywork still weighs in at 432lbs.

I’m still not a fan of electrical bikes as long as we’re stuck with medieval chemical batteries.  With lousy storage and even worse disposal characteristics, rushing into electric bikes right now isn’t the way to go, though one day I hope to see an unlimited charge bio-tech battery that recharges off the buried kinetic/flywheel battery under my house.

Our issue with electricity isn’t the making of it, it is the storage and transmission of it.  One day I hope to be able to unplug my bike from my locally generated and stored electrical system and get a thousand kilometres out of it before I have to plug it in again.

There are levels of efficiency we still need to move through in order to get to that place and the conservatism and marketing focus I’m seeing in bike manufacturer aren’t moving us in that direction.  A little less focus on building to marketing niches and a bit more focus on advancing engineering would help us toward a necessary evolution in motorcycling.

While Formula One develops energy recovery systems that also act as full on torque turbo-chargers, perhaps it isn’t too much to ask bike manufacturers to go after other areas of efficiency such as weight improvements in chassis and drive-trains.  I’d very much like a 400cc bike that weighs only 200lbs.  From an efficiency point of view it would be unbeatable as a means of transport and something that would get many more people interested in riding on two wheels.