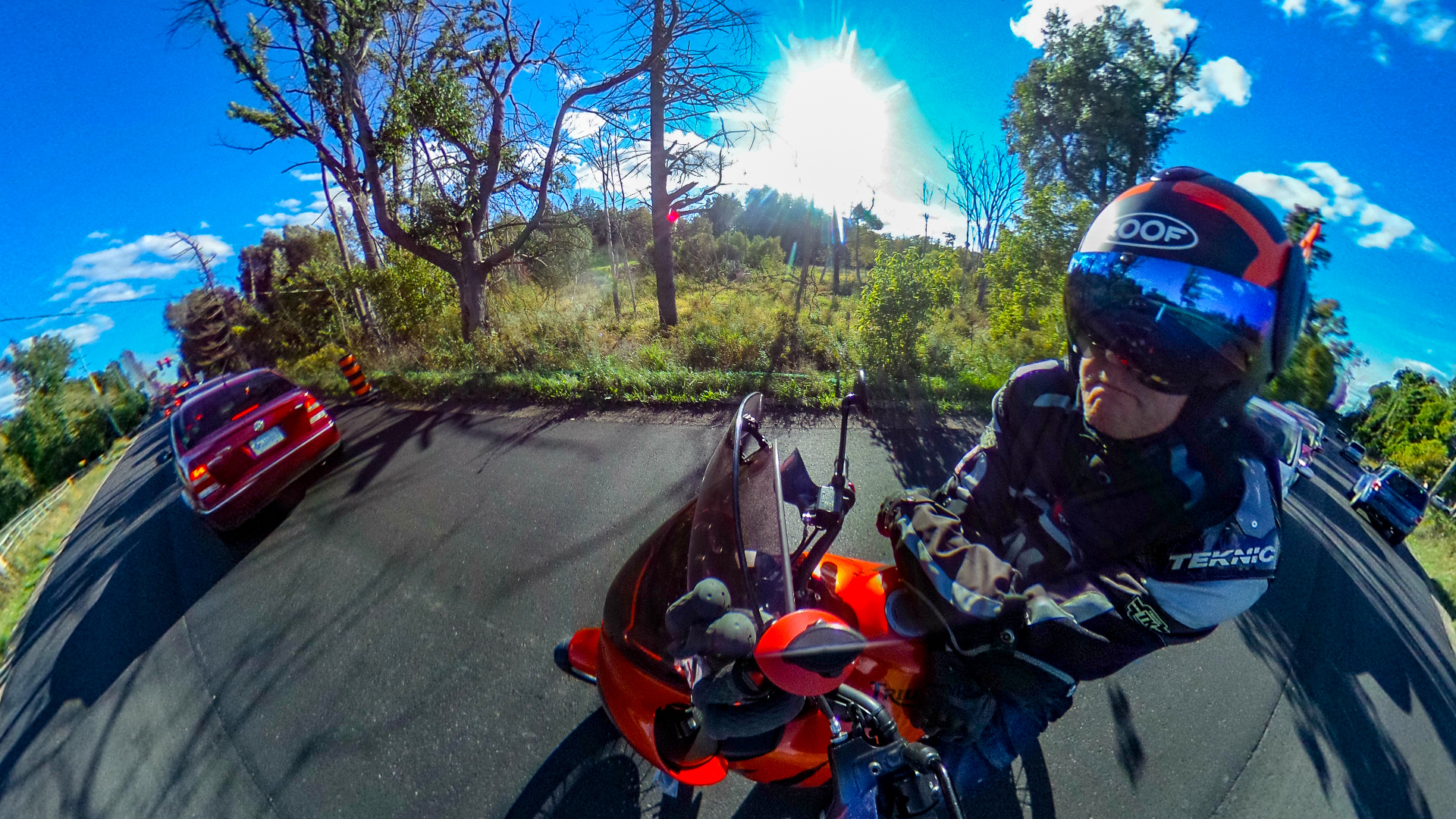 I was riding down to the city south of us today for a dentist’s appointment.  Out on the 2 lane high way that cuts south through Guelph I had my first experience of being invisible.  In bumper to bumper traffic moving at about 80 kms/hr, the blue minivan driven by an elderly man (wearing a hat), suddenly lit up his indicators and with no shoulder check immediately moved into the lane I was occupying.

I had the radar on and saw everything he was going to do before he did it.  I eased on the brakes, weaved onto the curb and avoided being hit by him.  I honked (first time I’ve ever done that) and raised a hand in wonder at his  cluelessness.  The guy in the cage jumped when I honked, then made a point of ignoring me when I gestured.  I frightened him by honking, he was happy to knock me off the highway and then ignore the consequences.

I’m surprised at how not-angry I was.  Even though this clueless old git had no idea what was happening around him I couldn’t get angry with him.   Like so many other caged drivers he is in his own world, remote from the consequences of his ignorance; happy to thump down the road at 90 kms/hr without knowing what is going on around him.

After shaking my head I was back in radar mode, wondering what the next cage driver would do.  Riding is only really dangerous when you’re doing it with a lot of other human beings.

I got to the dentists and had a nice chat with my hygienist who rides.  The ride home was without any such drama, but I’m left wondering how often cage drivers think about what’s around them.