Buying that first bike has a lot of philosophical underpinning to it.  Do I go with the swiss army knife of bikes, used by the Navy Seals themselves?  Or do I go with a road specialist with ungodly dexterity?  What I ride dictates how I ride.  A dedicated road bike offers a very different experience to an enduro.  To KLR or to Ninja, that is the question.

I should add, that I have always loved Suzukis, the GSX-R 750 was my dream bike when I was younger, and the Gladius is exactly the kind of naked bike that I like. I’d been kinda hoping my first bike would be a Suzi, perhaps a Vstrom, but they are hard to find used!  I was originally going to get a new KLR (only $6300+taxes brand new 2012), but I’m just getting out of five years of car payments and would like a break, so I’m going all in on a used bike. 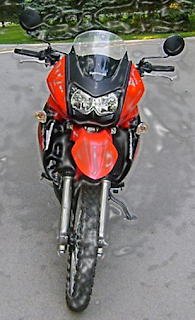 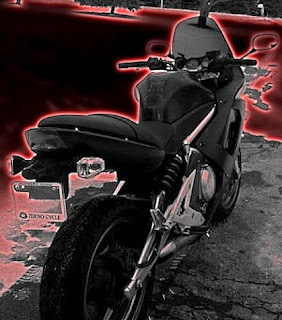 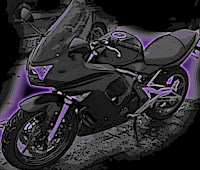 The KLR is far away in Milton – meaning I’m spending a couple of hours just to go see it, and it might not be as nice as the pictures suggest (which obviously weren’t taken recently).  The Ninja is five minutes away in Fergus.

The Ninja has low miles (only 8000 miles), but the KLR has fantastically low miles and is 2 years newer.

The Ninja has been repainted and has been dropped at least once.  The KLR has been dropped too, but they aren’t trying to hide it. The Ninja appears to be in good working order, but it’s also had a long list of owners in its short life (I’d be #6 or 7?).  This is a Ninja with a shady past.

The KLR owners aren’t responding to communications and are far away.  The Ninja owner was immediately available, has been completely upfront with the bike (even pointing out blemishes) and lives around the corner (I taught his cousin English).  He has put half of the 8000 miles on the bike.

The KLR is a bit more expensive, and obvious (nothing hidden).  I don’t know what its history is.

The Ninja has charisma… and I’ve had a habit of wanting to save orphaned machines (my long and storied car history is full of examples).  I sympathize with the Ninja, I want to give it a good home.

The KLR would let me learn on and off road riding, all in one bike, though it wouldn’t do either thing as well as a purpose built bike would do – it’s a swiss army knife.  The Ninja is a scalpel, very good at what it’s designed for, but it isn’t going off road.

Any used vehicle has secrets, the KLR might be the lemon, the Ninja the safe buy, but the Ninja’s history, paint job (which is peeling and showing the much nicer blue underneath) and history suggest that it might have been abused.  That just makes me want to save it more.

Either bike would let me get my hands dirty maintaining and modifying it.  Both Ninja and KLR appear to be easy to work on.  They insure for the same amount (it’s all about engine size and they are within 2cc of each other – though they couldn’t be more different bikes).

If there’s a sure choice, it’s lost on me.  I’m looking for an emotional relationship with my first bike.  The come hither looks, lovely sound and mysterious history of the American Ninja suggest she’s trouble; I just don’t know how much trouble I’m looking for.

The Ninja can do this!!

… and if not that, then at least this:

We worked out $3800 safetied – it needed a new rear tire and some reflectors.  It also needs fluids changed, some TLC and the fairings taken off and painted so that the bike doesn’t look like a stunned sixteen year old’s idea of exciting.

The new Ninja 650 has a nice white option. High visibility and going with the Star Wars Imperial pilot theme I’ve been going for.  It’d nicely match up with my dream helmet and the black and white gear I’m going for.  I suspect my juvenile, flat black ninja will become ivory white shortly.


I’m hoping to have it in the garage in a couple of days.  In the meantime, I found the manual online and hopefully will know my way around the bike when it gets here.