I’ve been watching Ride With Norman Reedus on AMC over the past few weeks.  What you have here is an incredibly approachable celebrity who is obviously a giant bike nerd doing all the rides in the continental U.S. that he’s never gotten around to doing.

This isn’t some Harley-or-nuthin kind of biker exercise either, Norman throws his leg over everything from a Rolands Sands BMW R9T Special to a Zero electric bike, and that’s just in the first episode!  By the end of the season you’ve seen over a dozen machines from half a dozen different manufacturers.  Norman obviously loves his bikes and he isn’t particular about the flavour.


Another nice touch is that this isn’t a boy’s own/Charlie & Ewan masculine and manly bike trip.  Norman goes out of his way to find motorcycle subcultures when he’s riding, and that often includes female riding groups and partners.  You don’t notice what a change this is from the usual testosterone charged motorcycle media until you see it done this differently.

The production values are excellent.  With aerial establishing shots and a wide variety of atmospheric images used throughout the ride, it doesn’t feel like you’re following a map so much as actually being where the ride is (much like you would on a bike).  Norman himself has directed film and published a book of photography, and he’s frequently stopping to take photos of his own or bragging on the nice little SLR he’s using.  A camera geek after my own heart! 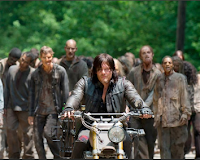 In stark contrast to the hard man he plays in Walking Dead, Norman has an easy going Californian vibe that makes him both approachable and a joy to watch.  When a woman at Deal’s Gap says he looks like Darryl from Walking Dead he shoots right back, “yep, that’s me!” with a big smile on his face.

This show is going to get a lot of people interested in trying out motorcycling.  I hope to goodness AMC is already planning for another season (though calling five episodes a season is a bit much).  This show can’t cost that much to produce and it has a ready and expanding audience.  Ducati and Triumph should both get a nod for obviously ponying up new bikes for use in this, but it was money well spent.  The others should be lining up to provide bikes for the next round.  A surprise riding partner or two (Valentino Rossi?) would be most excellent.  Having Vale show Norman around Tavullia would be epic.

In case it isn’t clear, I’d highly recommend this if you enjoy travel documentaries.  If you’re into motorcycles at all you’ll love it.  Norman in Europe?  Norman in Japan?  With so many motorcycle subcultures to explore, this could easily become a world wide phenomenon. 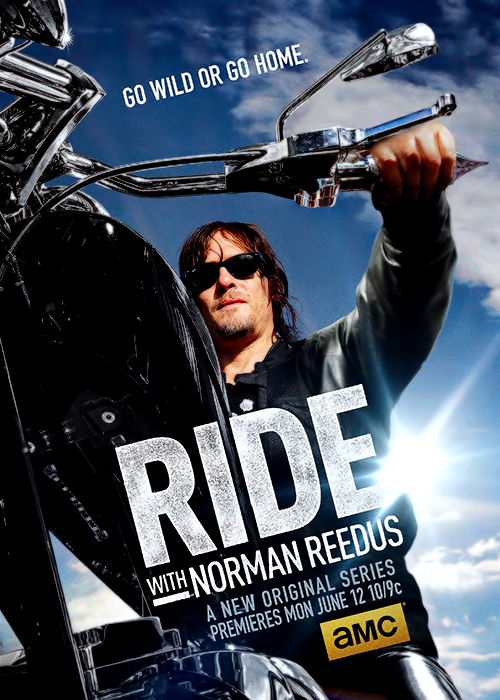 I’ve been consuming motorcycle media at a voracious rate while we’re buried alive in snow.  You probably know about the obvious stuff like Long Way Round, but I’ve been trying to find less known (in North America) faire.  Here is a quick list of some off-the-beaten track stuff that you might not have seen from Great Britain: 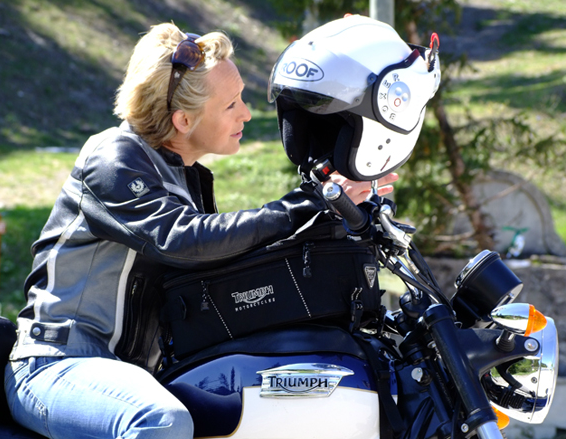 Wild Camping by Jo Sinnott is an epic journey from Ireland to Portugal through the best parts of Europe.  Jo takes you wild camping while travelling on her Triumph Bonneville.  If you’re interested in long distance riding, Jo not only shows you through the rough camping ethos but also looks into the mindset you need to survive a long road trip.

ITV and Travel Channel UK represent motorcycle and travel culture on the leading edge. I only wish they were more available in North America.  OLN?  Speed Channel? Pick these up!