The OeLC Conference (Feb, 2012) approaches and I’m considering the agenda.

I find elearning in my board to be a tricky proposition.  I’d like to do it, I’ve spend a lot of time (much of it my own), working on elearning in one way or another.  I’ve adopted many web2.0 tools into normal classroom situations, doing wikis in English, Nings in media arts and message boards in everything from English and computers to career studies.  I’ve also worked in multiple LMSs from Angel to D2L.

Having an online location to share resources, information and communicate with students, whether in class or out, is where education should be.  I don’t run a course now without having an online means for students to reach me.  It comes in handy in everything from exam review to student absences to extended absences due to vacations or overseas exchanges, and saves me and my department(s) hundreds of dollars a year in paper.  Last semester I did $17 in copying, the top copier in our department was over $350. 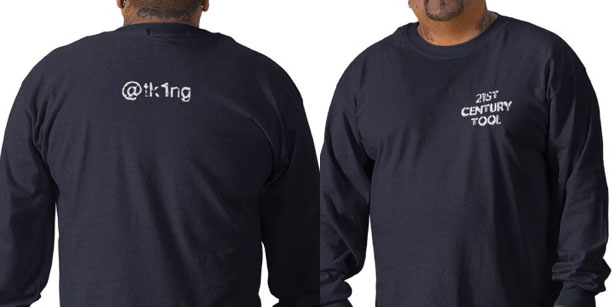 I’m a 21st Century tool who really enjoys digital learning opportunities, and I want to be involved in how these learning processes, which are in a seminal phase, are being developed; elearning itself has barely begun!  I’ve found the best opportunities to do this through social media and PLN building, and ECOO and OTF conferences rather than within elearning.

Which brings me to the OeLC conference.  I’d like to go, but I’m not actually teaching any elearning classes.  I’m not teaching elearning classes because the development of elearning in our board has been, at best, inconsistent, and at worst actively dismissive.  Teachers who go out of their way to take the training, find nothing available to teach.  I’ve found myself teaching elearning or blended learning (elearning supported courses in physical classrooms) only as a pinch hitter, either doing courses no one else wants (summer school) or taking over courses that other teachers were given.

For someone who has consistently (even before my current board began elearning – in a previous board) demonstrated an interest in elearning, I’ve found opportunities to teach it to be vanishingly small.  Whether politically or financially motivated, this shifting ground makes it hard for me to get excited about this conference.

In the meantime I’m creating language around elearning for our union (OSSTF).  Our contract is about to be negotiated and the union is very suspicious of elearning and what the board will expect teachers to do with it.  Their track record around elearning expectations hasn’t been spectacular, and there are real concerns about how elearning will be used as a means of watering down teaching, or forcing multiple classes and higher class sizes on single teachers.

The rock and a hard place feeling has been around for me since I began teaching.  As a new teacher who left behind a career in IT, I found myself digitally literate in a profession that seemed (s) to pride itself on not being.  One year I’m trying to overturn board doctrine around digital access, only to have them say back to me (word for word) what I’d been telling them previously.  I’m OK with that as long as the changes are happening, other people can play the politics.

The union also wants to try and slow what I see as an inevitable societal shift.  Both union and board still word their contract negotiations around brick and mortar, industrialized, 19th Century teaching habits; I think both sides find the clarity of bells, sages on stage and physical classrooms comforting.  They make a lot of noise around student centered learning, digital education and experiential classrooms, but they don’t write this into the rules we all live by.  Contractual language is couched in the way we’ve always done things, it’s safe and familiar to both sides.

So here I am, an active web2.0 teacher who doesn’t particularly like LMSs, finds himself outside of whatever the board wants to do with elearning (if there is actually a plan), constantly finds himself pushing against pointlessly restrictive board digital policy, and who continually butts heads with his union colleagues who see elearning as a debilitating attack on the sanctity of their profession.

… and there’s this conference coming up…