I’m teaching a grade 12 class on computer science. If my computer science teacher knew I was doing this he would roll over in his grave. I haven’t coded since the ’80s, I’m a technician. I got knocked off coding by that same computer science teacher who could only approach coding from a mathematical/logical direction. My hackering/tinkering/non-linear approach to generating code depended on a natural fluency with syntax and a willingness to break things in order to come up with something new. I never cared about solving for x, I was always about the why.
So here I am in a class full of students who my old compsci teacher would have adored:  math wizes who have learned how to learn so well that they can’t do anything else.
Lisa Simpson (during a teacher’s strike): I can’t take this anymore! Please, mom! Grade me! Grade me! Validate me!!! 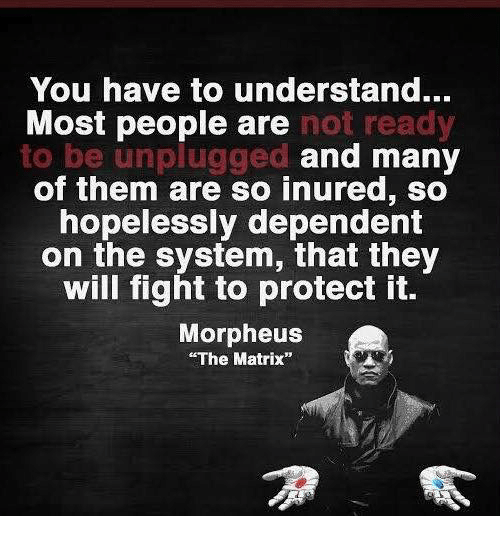 That’s at the bottom of it all. These A students are so trained to the system, so inured, that they can’t possibly get unplugged from the Matrix. The idea of learning for sheer curiosity’s sake has been beaten out of them by a dozen years of positive reinforcement enforced by their spectacularly successful student careers.
When I suggest we take a left turn instead of doing more pointless actionscript programming that no one else on the planet except Ontario Elearning finds valuable and go after C++, which none of them have any experience in, only one is even willing to try it. The rest are paralyzed by fear of failure, or even worse, not being able to demonstrate consistent mastery because that’s how you get that high average. You only get perfect if you’re already ahead of the material. You can’t get low marks at the beginning, continually improve (and actually learn something), and end with an A+.  Those early failures that produced learning are considered failures and factored into your grades; we penalize learning in the classroom. There has been some change in this, formative/summative and such, but the vast majority of grading still follows the broken example above. Learning is a non-linear process, experimentation, failure, reassessment, reattempt, fail in a new, more interesting way… but we train students to think it’s an inbuilt ability which you either have or struggle with. How we grade them enforces this.
Even the one student willing to self-direct his learning and take on a challenging new language (one that his university uses extensively and we’re pushing him toward with no experience whatsoever) sent me an email anguishing over his grades if he cannot demonstrate fluency in C++ in the 5 weeks we have left. I’ve approached this a number of ways. Firstly, by working with him to set attainable goals (this still freaks him out, he can’t see the grades for the learning trees in setting the goals to a reasonable level so feels his marks will suffer). Secondly, I’ve gotten him into a course of study that leads him through the beginnings of C++ in a clearly defined and logical fashion. The end result should be a working familiarity with a language he’s never seen before demonstrated by some basic scripts that show him coming to terms with the material. Thirdly, I told him to forget the numbers. He is putting hours in on this, not because he has to but because he wants to. The end result is irrelevant, he is directing his own learning – a dead art in an education system designed to force conformity in order to keep costs down while appearing academically credible. He’s doing something no one else is willing or able to do. He’s also learning something that will immediately assist him in university next year. How is any of this not 100%?
I only wish I could overcome the caution and apathy born of risk aversion in the other students and set them free. We feed them a steady diet of caution then wonder why they aren’t willing to take risks in learning.
I’m not the guardian of knowledge, I shouldn’t even get to decide how they learn, I should do everything I can to ensure that they do though.


Update:  I just ran into this student at the Grad ceremony a couple of weeks ago.  He’s in his first year at Waterloo U doing computer science (a wickedly difficult course to get into).  It was nice to hear that the C++ really payed off in a way that the actionscript stuff never would.  He’s finding it difficult, but he’s seeing success, and his greatest advantage?  Taking a run at the programming language they use at university before he got there, errors and all.