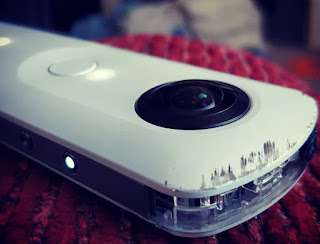 Barely above freezing, but the sky is clear and winter blue.  The camera is a Ricoh Theta S on a Gorilla Pod wrapped around the rear view mirror, until it wasn’t.  Without a hint of a problem it suddenly let go at 80km/hr as we rode down a country road.  The tripod and camera slid down the pavement for 50 odd metres before coming to a stop.  We turned around and went back to find the camera case popped open and electronics hanging out, I figured it was dead.  (check out the bottom of this post for an update – it looks like the Theta didn’t survive after all).

Once home I put the guts back in and snapped it shut again and it powered right up.  All the photos on it were fine, only the plastic piece at the top shattered.  It’s now covered in tape and looks like the tough little camera that it is.  If you’re looking for a hardy 360 camera, the Ricoh Theta has survived thousands of miles on a motorcycle taking all sorts of photos and videos, and now it has hit the road at high speed, and it still keeps on ticking (kind of – see below).

I’d kinda hoped that this nixed the Theta S so I could upgrade to the new Theta V.  That might be what ends up happening now.


I had the camera set to take a photo ever 10 seconds.  I hoped that it happened to be taking one as it came off the mirror, but no luck.  In the meantime, here are a selection of stills and 360 movable images from the Ricoh on the ride: 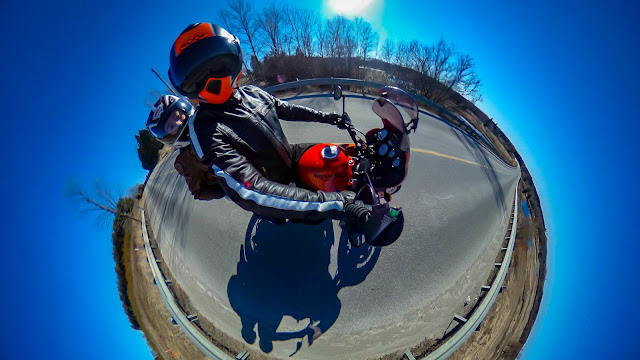 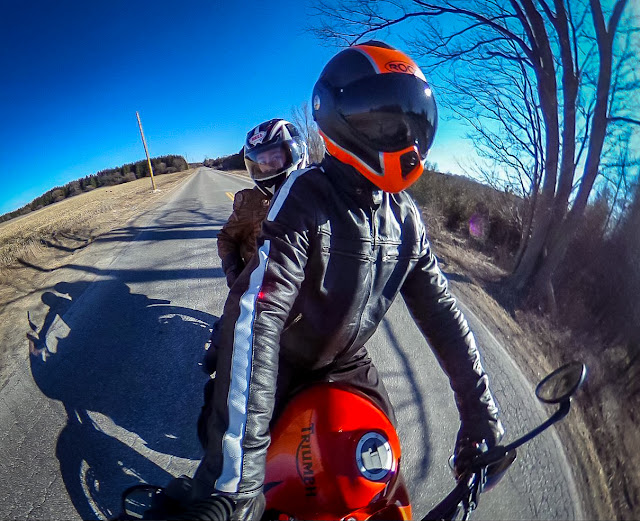 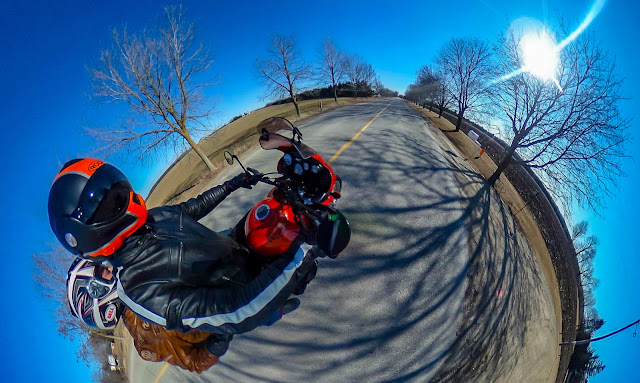 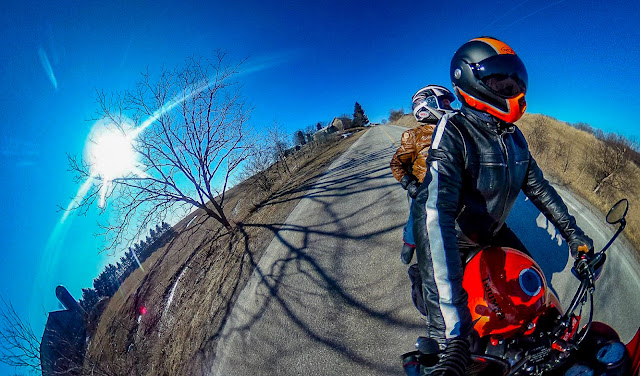 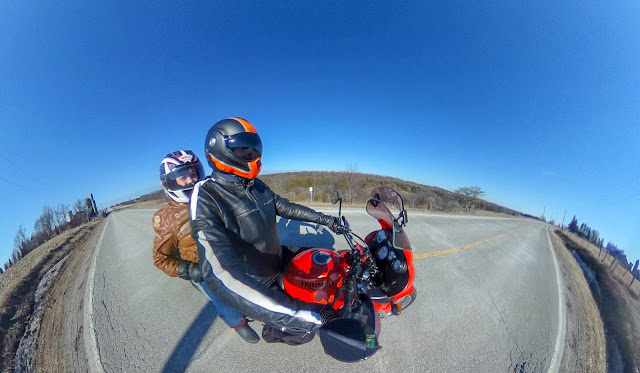 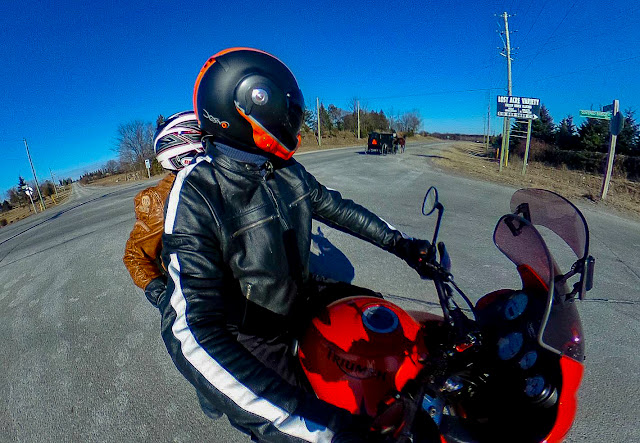 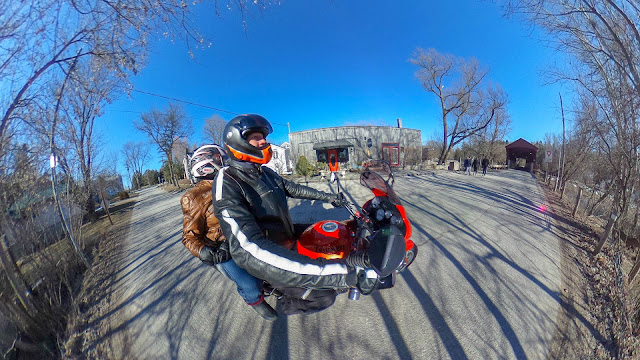 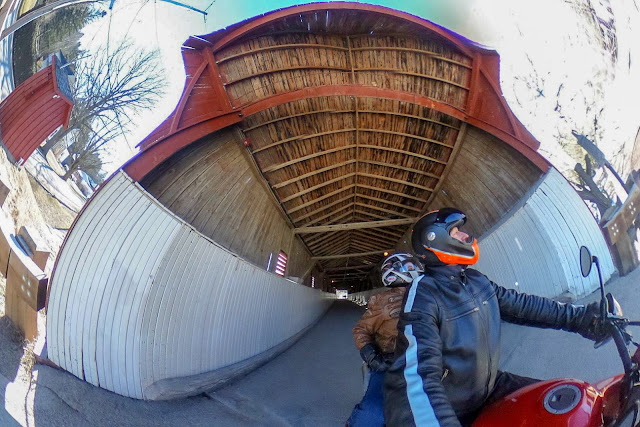 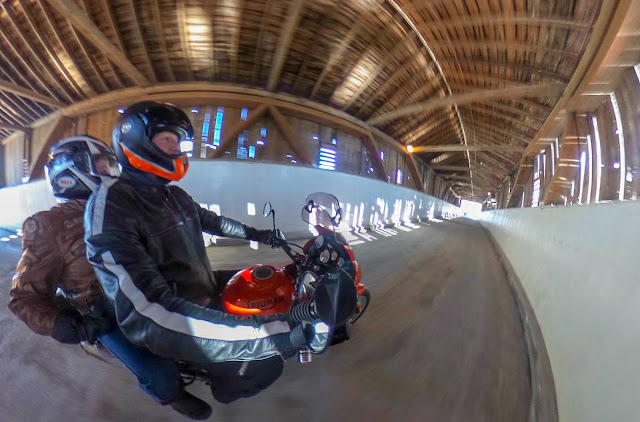 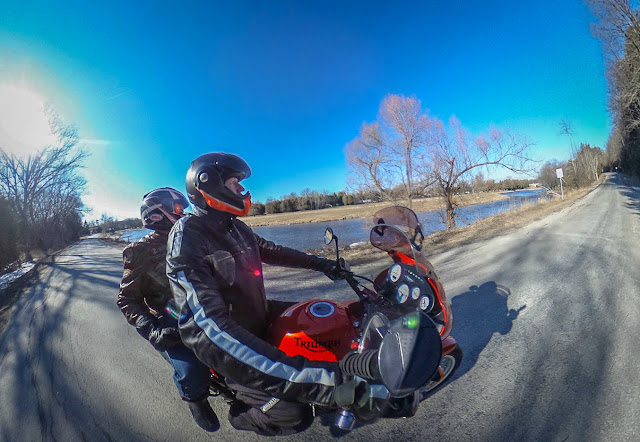 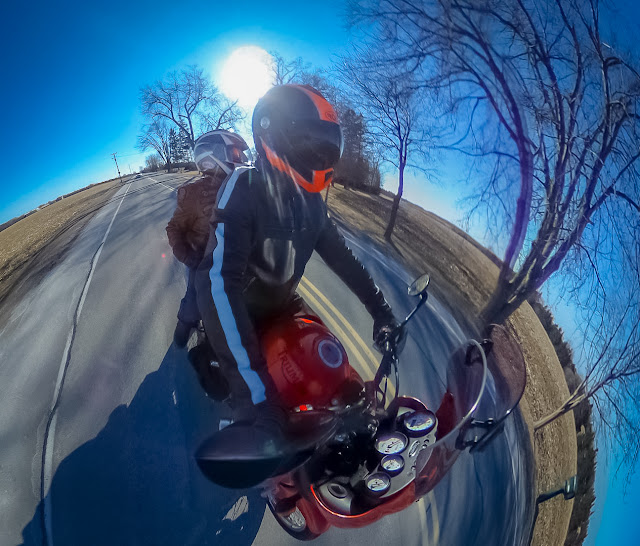 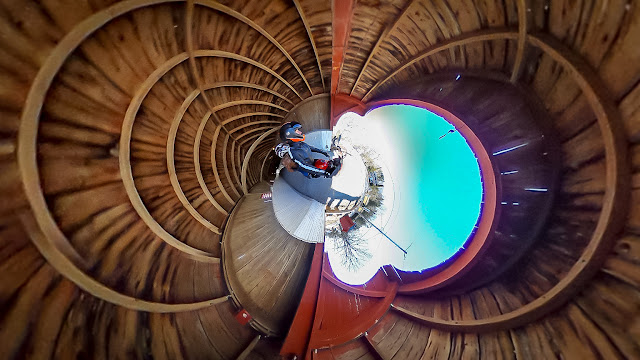 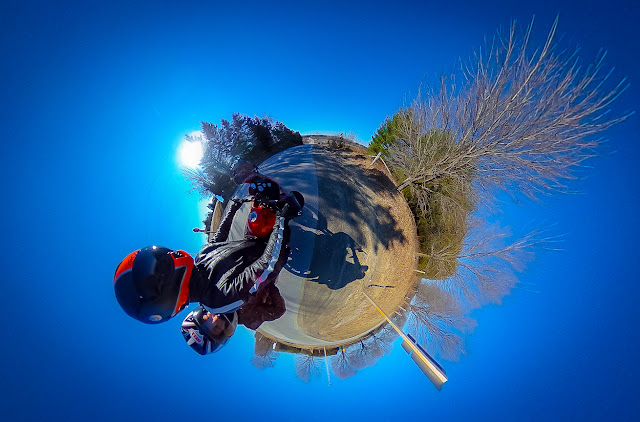 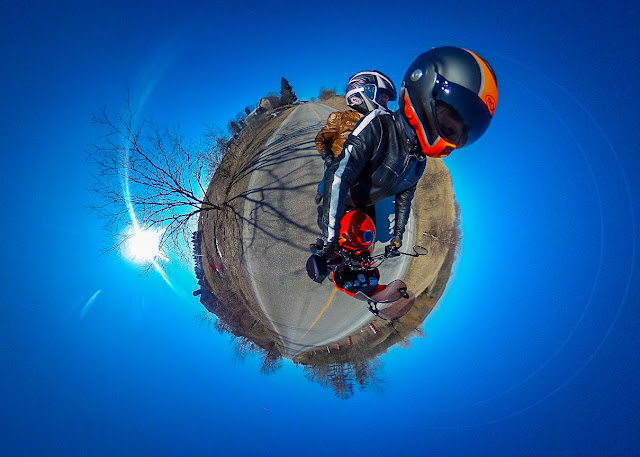 I tried the Theta on the way into work today.  It has gone cross eyed! 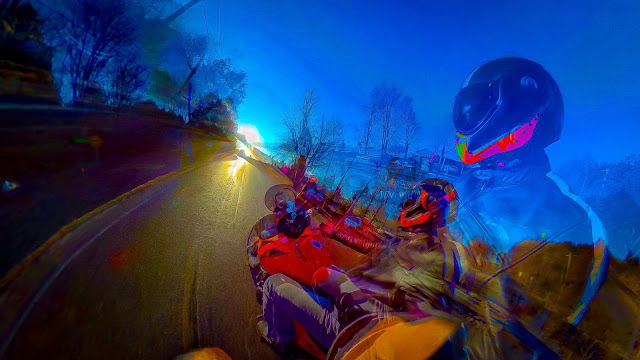 It looks like the old film double exposure shots I used to take in college.  The speaker doesn’t make the byooup noise it used to when you press the shutter and it doesn’t fire on every touch.  When it does take a photo it’s a psychedelic experience… 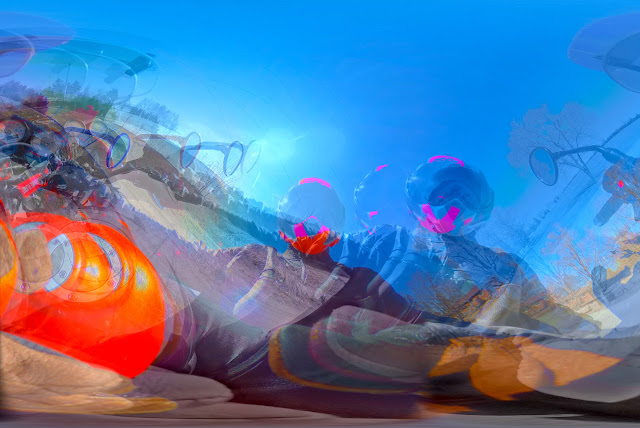 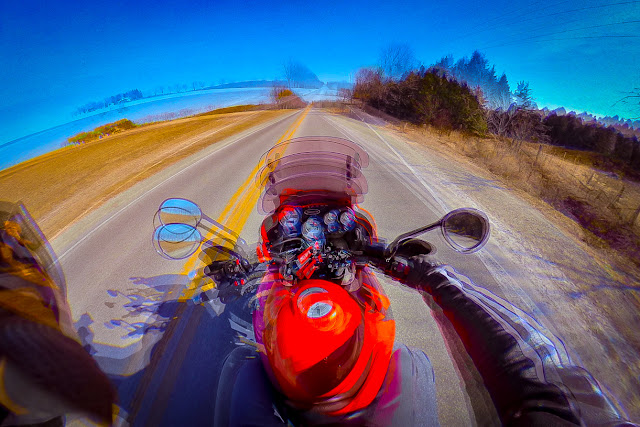 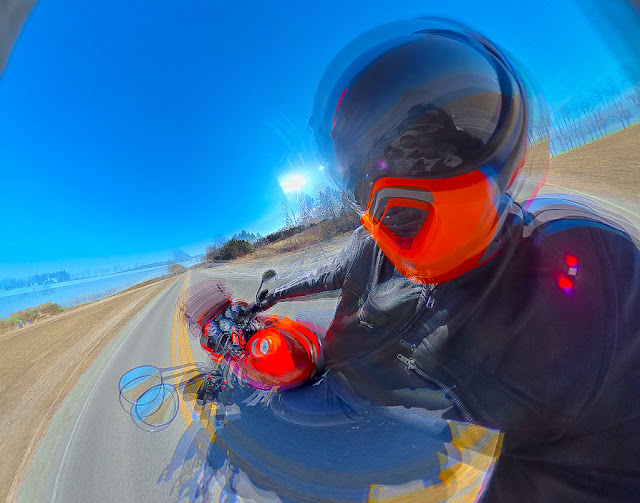 On the downside, the tough little Theta didn’t manage a super-heroic save on the 80km/hr slide down the pavement.  On the upside it still fires up and the memory works fine, it’s just cock-eyed.  The other upside is a Theta V is on my short list for a replacement.  In spite of this understandable failure, the Theta is still by and far my favourite 360 camera for on-bike shots.  It’s small but easy in the hand, aerodynamic and has hardware buttons on it.  Many others only have software control through a smartphone which is fiddly and awkward.