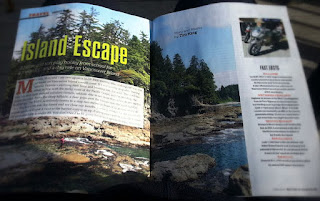 After the first year on two wheels I began thinking about more challenging motorcycle projects that would diversify my experience.  Starting in year two I did my first away motorcycle ride, renting scooters and then a BMW around the southern end of Vancouver Island – that led to my first article being published in Motorcycle Mojo and gave me a lot of insight into variations in motorcycling.

In addition to pushing my riding experience in daring new directions (like riding two-up with my son on an unfamiliar bike on one of the most challenging roads in Canada), I also began looking for a bike that needed more than just regular maintenance to operate… a bike that needed me. 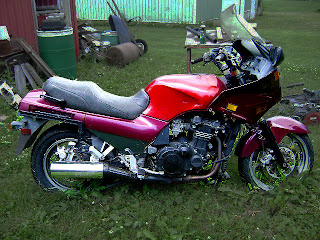 I discovered just such a thing toward the end of that riding season, a long dormant Kawasaki Concours that we had to cut out of the grass it was sitting in.  Something that old (twenty plus years at the time) had a lot of perished rubber on it, and when I finally got it up to temperature it also had a sizable oil leak.  The winter was spent getting a new oil cooler and lines, replacing a lot of rubber bits and otherwise getting this old warrior back on its feet again.

The Concours not only got me moving mechanically, but it also offered a real blank slate, something I’ve since realized is only available on well used bikes (unless you’re loaded and like to pull apart new things).  I’d enjoyed the aesthetic restoration of the Ninja and was looking forward to doing the same thing on the Concours.  Getting an old bike and making it not only usable but unique looking has been one of the highlights of my motorcycling career to date, and a trend I intend to continue.  It’s something that my current too-nice Tiger doesn’t offer me. 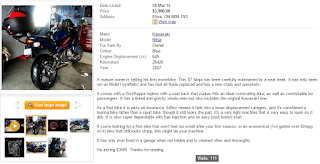 The Kintsugi Concours became my go-to ride and the Ninja became my first sold bike.  It was difficult to part with something I’d developed such an emotional bond with.  I can understand why the people with the space and means hang on to every bike they buy.  Having beaten the selling a bike emotional roller coaster, I immediately went looking for another, but it took a while to finally find the right thing, and in the meantime the old Concours suddenly became less than dependable.

A KLX250 that couldn’t do 100km/hr with me on it made me feel like I was overly exposed and under-powered while riding on the road, though it was a deft hand off it and gave me my first real off road experiences.  I held on to it over the winter and when there was finally a break in the never ending Canadian snow I thought this is the moment the KLX will shine, on dirty, just thawed roads – except it wouldn’t start.  It was a lot easier to sell because I’d never fallen in love with it.  Getting $400 more than I bought it for didn’t hurt either.

Later that summer I made my next motorcycle buying error and stumbled into an old Yamaha XS1100 sitting on the side of the road.  I ignored the three strikes against it (non-runner with no ownership being sold by a gormless kid) and purchased it anyway; I won’t do that again.  I got lucky on the ownership – it was within a whisker of being a write-off and had a long and difficult history (I was the thirteenth owner!), but I was able to sell it on after sorting the ownership and just broke even.  In the process I stumbled onto a balancing act I hadn’t considered before. 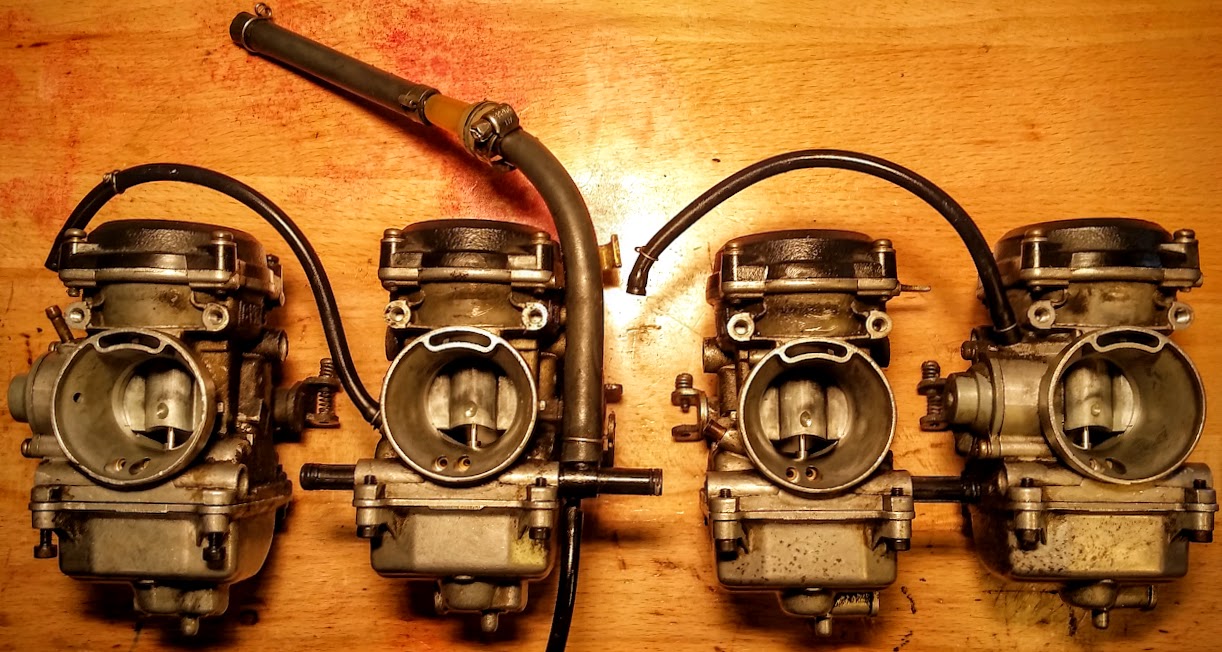 I love riding older bikes I wrench myself, but they aren’t always ready to ride.  When the otherwise dependable Concours wasn’t and my only other choice was an ancient Yamaha I’d only just freed up the brakes and carbs on, I found myself with nothing to ride as the cruelly short Canadian motorcycling season began.  I’d gambled too much on being able to keep the old bikes rolling.  With riding days so valuable in the Great White North, that wasn’t a viable approach.

I still had most of the money from the Ninja sitting aside and my wise wife said to just focus on getting something newer and more dependable.  Maintaining that balance means having a riding ready bike and a project bike, and not messing up that equation.  To further complicate things, I’m a big guy so I needed a bike that fit, and my son was getting bigger every year and loved coming along, so I needed a bike that would fit us both.  Being the onerous person I am, I didn’t do the obvious thing and buy a late model Japanese touring bike that runs like clockwork. 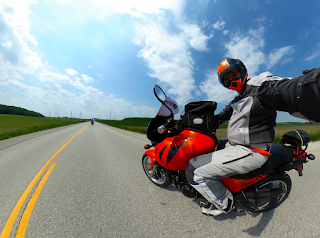 My daily rider suddenly popped up on Kijiji but it ended up being the most emotionally driven purchase yet.  Instead of a sensible five year old, low mileage Kayamonduki, I got bitten by a thirteen year old Tiger.  It was European, over budget, too old and with too many miles, but the owner was a young professional (nuclear operator!) and from the UK and we had a good, straight up chat about the bike.  I was honest about my position (the Tiger was out of my league but I loved it and wanted it), and he was straight up with his position (he was about to take it in to trade for a new Triumph at the dealership and even my lower offer was much better than he would have gotten on trade in).  I ended up feeling like I stole the bike for over a grand less than he was asking and he got more for it than he otherwise would have.  It was an emotionally driven purchase with a lot of rational oversight.

With all that good karma the Tiger has turned out to be a special thing.  I was only the third owner.  In thirteen years it had averaged less than 4000kms/year, and on two years the first owner had ridden it out to Calgary and back (seven thousand plus kilometres each time).  It had been power commandered (that had never come up in the purchasing discussions), indicating that the original owner had really fawned over this bike.  The guy I bought it off wasn’t very mechanically minded and it hadn’t had much in the way of regular maintenance, but then he hadn’t used it much.  Within a couple of weeks I’d gotten it safetied, done all the maintenance and given it a good tuning – it has run like a top ever since. 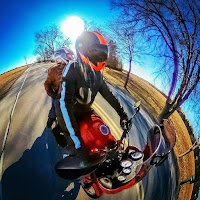 It’s an older, European bike, but fuel injection and a resurgent Triumph Motorcycles Co. using the latest manufacturing techniques means it’s not a bonkers choice as a daily rider.  On the second year of ownership it fired right up after hibernating under a blanket in the garage, and it did again this year.  I’ve fixed some dodgy, plastic fuel connectors on the tank, changed the tires and done the fork oil and other fluids along with the chain, but other than the fuel fittings, it’s all been regular maintenance.  The Tiger has been such a treat and it’s such a rare thing (I’ve only ever seen one other) that I can’t see myself letting it go. 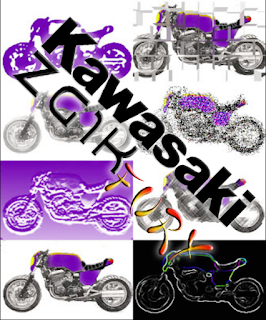 Meanwhile the Concours became the project bike, but since I wasn’t depending on it, the project took on new dimensions.  I stripped the old fairing off and ended up with a muscle bike like no other.  I’ve experienced some drift with this project and I think when I get it to a riding level I’ll sell it with the aim to make my money back on it (shouldn’t be too hard considering what I got it for).

I think the drift comes from biting off more than I can chew as far as tools I have on hand and time and a comfortable place to work.  If had welding gear handy and could do the fabrication I needed, I think I’d still be be pushing for an edgy completion to the project which has taken longer and has been more involved than I initially planned.  The heart is willing but I’m too tight money and time-wise to chase this big of a thing.  In the winter it hurts to go out in the garage and work on it and in the summer I’d rather be out riding.  Future projects might be more of a Shed and Buried/SPQR approach where I can get a bike sorted and back on its feet again, have some fun with it aesthetically and then move it on without losing any money on it.  Making enough on each one to keep me in tools and pay for the process would be the dream. 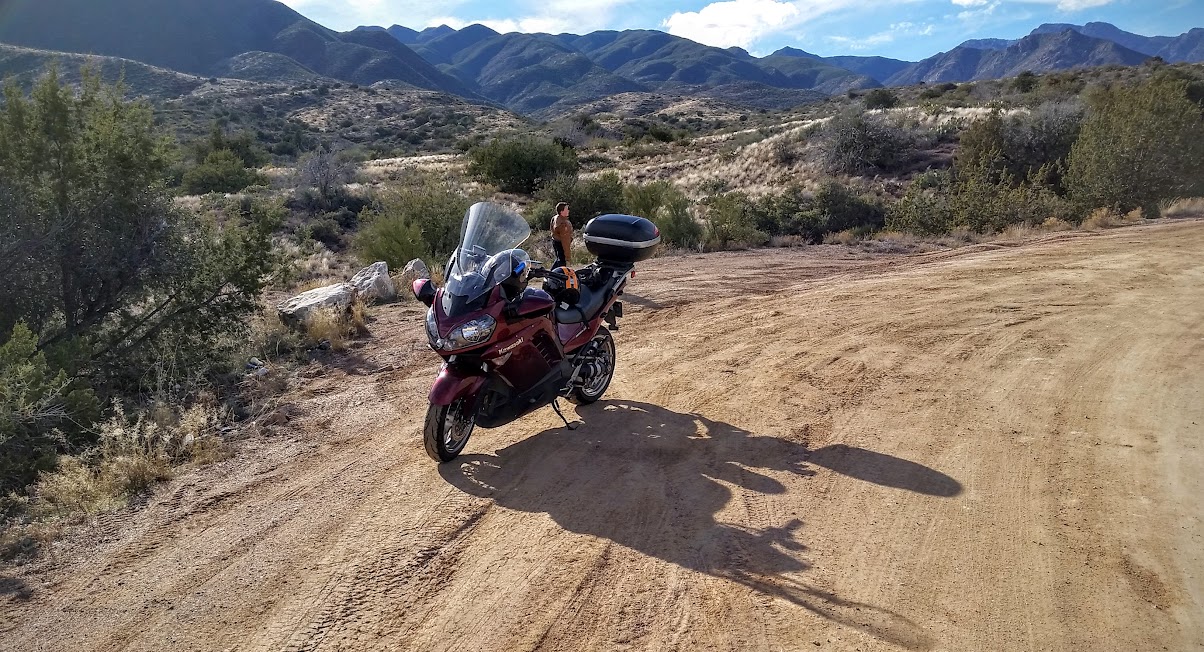 The sophomore years of motorcycling have been about pushing into more challenging riding opportunities.  From riding Arizona (another one that got published), to going to the last MotoGP race at Indianapolis to circumnavigating Great Lakes and Georgian Bay, I’ve gotten more and more daring and gone further afield with each season.

These years have also been about dusting off and expanding my technical skills and have seen me do everything from oil coolers to complete carburetor rebuilds.  The garage has gotten better and better in the process, though it’s still bloody cold in the winter.  If I could find a solar powered heating system for the space I’d be a happy man.  If I had a heated, insulated work space about twice the size, I’d be even happier.  The other side of the coin is riding opportunities. Living somewhere where you can’t ride for 3+ months of the year isn’t conducive to building saddle experience. I’d be happier if I lived in an all year riding opportunity – or at least if I had access to such places over the winter here.

At five years I feel like I’ve put a lot of time into improving my rider’s craft.  I’ve also spent a lot of energy getting the rust off my mechanical skills.  What I most wish for the next five years is to maintain my hunger for more motorcycle experiences.  I’d like to try  a wider range of different bikes and types of riding and find a way to dig even deeper into mechanics.  This year I’m hoping to take an off-road training course.  In the future I’d love to find the money and time to take track riding, if not to pursue racing then at least to explore riding dynamics at the extreme end in a controlled environment.

If you put ten thousand hours into something you’ve developed a degree of expertise in it.  In each season I’ve tried to beat ten thousand kilometres of riding (and succeeded) before the snows fall.  Those fifty plus thousand kilometres have probably had me in the saddle for over a thousand hours and I’ve easily spent that again in the garage doing repairs and maintenance.  If feel like my motorcycle apprenticeship is well underway, I just need to keep finding ways to feed that expertise. 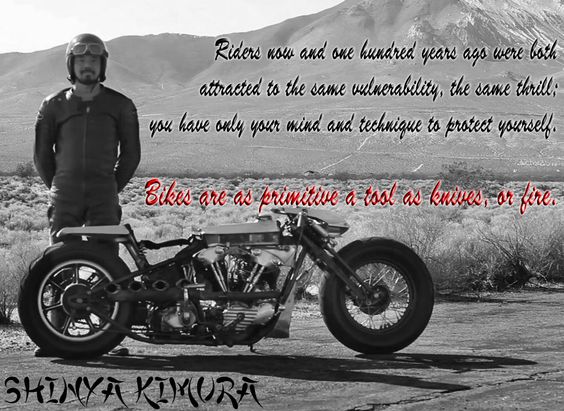