By the time I got high up in the museum I was feeling pretty done with being human.  The Museum tries to introduce a sense of hope, but I had trouble accessing it, especially when the subtext of the whole thing and how it presents itself highlights the horror of human social nature.


What all the apartheids (the travelling exhibit on the first floor was called Mandela), holocausts, genocides and the general disharmony of human history had in common was our urge to establish ourselves as a dominant culture and then destroy anyone weaker or non-compliant.  This self serving, centralizing behavior is a foundation of human group think.  In the senior year of my philosophy degree I suggested that human beings are, by their nature, violently tribal and selfishly motivated when in groups.  They’ll use any means at their disposal, from ability, race and gender to religion, culture and politics to isolate and attack each other for the benefit of their own tribe.  We’ll invent a reason to segregate and attack each other if there isn’t an immediately physically obvious one.  The prof adamantly and immediately shut down my line of thinking, saying that it had been proven in some kind of scientific sense that this wasn’t true, but there is a museum in Winnipeg that shines a bright light on this central aspect of human nature.


We’re not falling far from the family tree.  Just like chimpanzees, baboons and most other apes, humans feel the urge to attack and victimize strangers, not usually at an individual level but at a group/social level.  We have an in-built urge to aggrandize our own culture at the expense of others because it offers us a chance to be selfish while dressing it in virtue.  Murder becomes patriotism, genocide becomes an act of faith.  Human society is founded on this urge and the ones that survive embrace it wholeheartedly, the ones who didn’t have already been eaten.  Our complexity has allowed us to glorify and express this viciousness in ways that are unique on our planet; our cruelty is truly boundless in regards to the natural world, but especially with each other. 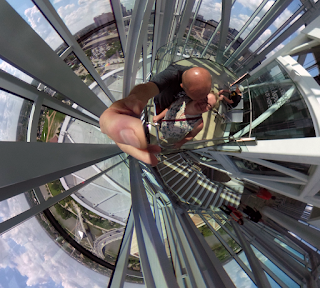 You’re supposed to reach the Israel Asper Tower of Hope at the top of the museum and feel hope, but I wasn’t.   The Museum suggests an evolution of human rights towards something greater, but the world today seems to be awash in technology that is at best confusing any sense of advancement even while we’re staggering under the weight of global issues we’re all too selfish to address.


In 2018 we’re using emerging technology to destroy human rights in new and interesting ways.  We’ve got Russia cyber-attacking and annexing whole sections of the Ukraine.  After learning about the Holodomor today, this is business as usual for Russia’s relationship with the Ukraine.  What did anyone do about it?  Well, we awarded Russia with the World Cup and installed a US president who evidently works for them.  We’ve got social media platforms making millions even as they erode democracy and create a mis-information revolution.  The United States’ democracy is in tatters and Ontario just followed them down the populist rabbit hole.  In both cases driven by white, right wing religious types who would love nothing more that to see all the advances made in human rights dissolved away. 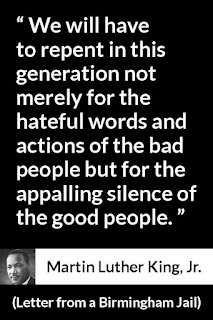 The Museum seems to have stopped recording human rights abuses at about 2012.  Considering the delicate political dance being done this isn’t a surprise.  Pointing out the human rights failures of current governments and corporations while they’re funding you wouldn’t keep the lights on for long.


The museum describes social media as a great democratization of media and a powerful means of giving everyone a voice, but nowadays we have a differing view on that.  Western democracies were soaring under black US presidents, politically strong European Unions and an expansive sense of hope when they stopped recording this selective history.  Sure, we were staggering under the weight of a banking collapse of international proportions that was designed to drive wealth from ninety-nine percent of us to the one percent, but that’s not mentioned anywhere either unless you look to the sponsors list.


The human rights march we’re all supposed to be on towards an ideal the museum tries to present feels like it has faltered now that we’re in our unscripted future; maybe it was never there to begin with.  It would have been wonderful to have seen new pieces on fake news, modern economic terrorism (banking), modern propaganda (social media), and how populism in Western democracies has put pressure on many human rights.  White supremacy in the Twenty First Century?  Human rights problems didn’t end five years ago, we’re not at the top of a mountain of human rights achievements we built, we’re on a rickety house of cards that seems doomed to collapse, but the museum is strangely silent on this.

There also seem to be some gaps in the museum’s historical analysis.  No mention of Palestinians, or Syria, or dropping nuclear bombs on untouched civilian populations to get accurate statistics, though the Japanese comfort women system was mentioned.  You can’t help but feel there are some Western political undercurrents going on here, which of course leads me back to what kicked this whole thing off: we’ll use any means necessary to gain and keep a social advantage, even if it means weaponizing human rights themselves as a political tool.