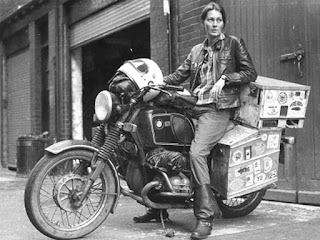 I just finished Elspeth Beard’s Lone Rider on Kindle.  In the early 1980s Elspeth rode around the world on her already well used BMW.  I’m a big fan of neuro-atypical voices in writing being one myself.  As a dyslexic (who I also suspect is on the ASD spectrum) who struggled in school, Elspeth isn’t your typical writer’s voice, and the book is all the better for it.


From her struggles with family and friends when preparing for her around the world ride decades before it became a television opportunity, to her honest observations of what it was (is?) like to travel solo as a woman, you get a sometimes painfully transparent look at the emotion and effort stirred up by such a massive undertaking.  The repeated machismo she runs into in the motorcycling community in 1980s London is frustrating.  What’s more frustrating is that it hasn’t changed as much as it should have in the past thirty years. 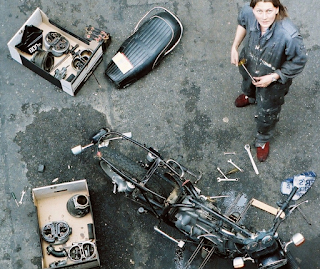 The way that Elspeth describes the eccentricities of her dad and herself, I suspect they both live somewhere on the ASD spectrum (something I empathize with).  This atypical way of thinking, in addition to her dyslexia, gives her descriptions of the cultures she is riding through a degree of perspective and originality missing in other travel books.

Travellers tend to throw on the rose coloured glasses when describing India, ignoring the difficulties of trying to move across a continent with well over a billion people on it.  Elspeth’s experiences, exacerbated by her gender, along with her brutal honesty, give you what is probably the most accurate description of riding in India you’ll ever read; no rose tinted glasses on here.  From the fumbling sexual advances of men stuck in the middle ages to breath taking child cruelty, Elspeth’s wide open eyes see it all and she doesn’t shy away from telling you about it. 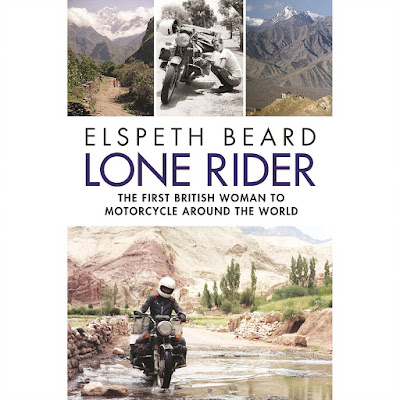 I would highly recommend this book if you enjoy motorcycling, travel writing and/or feminism and aren’t frightened off by people who think differently.  It doesn’t read like your typical motorcycle travel book, but Elspeth wasn’t just riding, she was also elbow deep in keeping an already old, high mileage 1970s BMW running through sandstorms, biblical rain and everything in between.  If you have any mechanical sympathy at all, Elspeth scratches that itch too.


As much as I enjoyed the travel writing, what I missed most at the end of the book was Elspeth’s unique way of seeing the world.  Her struggles understanding people and dealing with bureaucracies, especially with her wit and dry humour, are often hilarious, disheartening and hopeful all at the same time.


I’d urge you to give this book a read, it’s available on Amazon as an ebook for less than ten bucks Canadian.  When the movie comes out in a couple of years, I hope they give it the nuance and depth it deserves.  Elspeth provides a voice and insight into a lot more than just her gender.