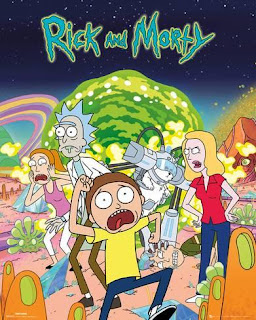 One of the dangerous things about watching the shows my son likes to watch is that many of them aren’t what they appear to be.  He likes complexity, and there are few things on TV these days as complex as Rick & Morty (if it is ever on TV again…).  Like a lot of other modern cartoons, Rick & Morty hides surprisingly complex narrative behind simplistic animation.


Rick is a scientist who has discovered interdimensional travel and so can exist in any timeline.  As this ‘infinite Rick‘ he has almost god like power and is constantly criticizing everyone else for not realizing how pointless and narcissistic their reality is – any ethical value they place anywhere is a result of their lack of perspective.  This show goes to great lengths to force its viewers to question morality and how embedded it is in our personal circumstances.  If you’re looking for a show that makes you feel better about your circumstances, Rick & Morty is the opposite.  It shows you a multiverse in which even your unique self isn’t unique let alone special.  This pan-dimensional multiverse is so vast and so overwhelmingly indifferent to your circumstances that it continually screams a central premise of the show:  nothing matters.  Yet even in this chaotic and indifferent multiverse, Rick and the other characters in the show stand out as prime movers; people who make their own meaning in spite of the alienating size and indifference of reality.


In one of the most popular episodes from the last season of the show, Rick turns himself into a pickle so that he doesn’t have to go to family therapy:


He, of course, ends up in it anyway after he fights his way (as a pickle) through an impromptu action movie.  The therapist (voiced by Susan Sarandon!) finally gets to judge this character who goes to great lengths to avoid judgement.  Her monologue (which Rick immediately bashes as they’re driving away from it) is another of those moments where Rick & Morty gets startlingly real:

I have no doubt that you would be bored senseless by therapy, the same way I’m bored when I brush my teeth and wipe my ass. Because the thing about repairing, maintaining, and cleaning is it’s not an adventure. There’s no way to do it so wrong you might die. It’s just work. And the bottom line is, some people are okay going to work, and some people well, some people would rather die.

Each of us gets to choose.


This is idea of death by maintenance has stayed with me.  I turn fifty next year and I’m on my way to two decades in a career I’d never have guessed I’d be doing.  Unlike many teachers, I’ve never been struck by the divine ‘calling’ of teaching.  My early life of rolling over into a new career every few years as emerging technology caught my attention and encouraged me into learning something new is a distant memory while pensions, mortgages and stability drive most of my decisions these days.  I imagine this is how most people age until they end up the typically habitual old person who is scared of everything and avoids risk at all costs until they are in a nursing home.  It’s a long battle to get to that point of declining mediocrity, and the win condition kinda sucks. 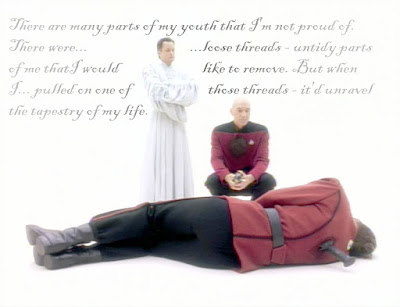 In my younger years, with very little guidance or support from home, I struggled through high school, college, apprenticeships and university, trying to find my way towards a life that made best use of my abilities.  I walked away from stability and income many times in favour of those opportunities as a young man, and it’s why I’m where I am now, but I’m not inclined to follow that trajectory and maintain myself into mediocrity.  If I can’t find satisfaction in teaching, I’ll go elsewhere, but I’m hoping that teaching is one of those careers that can evolve with me.


The first ever blog post I did on Dusty World way back in 2010 was on Caution, Fear and Risk Aversion in students.  Those students are long gone but the learning risks we took paid off for many of them.  Taking risks and pushing learning has become my default setting in the classroom.  If we can’t reach for the potentially undoable then we’re just maintaining ourselves into mediocrity.  Whether it’s dangling students out in competition or creating difficult courses that push them to deal with real world consequences, including failure, I’ve got to find my way past the learning as maintenance approach or teaching is going to get dangerously stale and abstract.


Speaking of real, with the return of school this year I’ve realized I’ve only got a decade left in teaching.  I’m not sure how I’ll be able to approach that in a way that will let me finish with alacrity, but whatever it is, it’ll need to be something other than status quo maintenance teaching.  I know a number of my colleagues find this approach tiresome, but it’s the only way I’ll be able to stick with the job.  Some people love maintaining the status quo and ensuring continuity and conformity, they thrive on it!  I’m not one of those people.

Some find Rick’s lack of boundaries or context upsetting, but it’s that kind of existential freedom that we all enjoy, we just hide it behind socially constructed barriers.  Rick isn’t special, he just realizes that his future is his to author and doesn’t have to be determined by overly restrictive social norms.  In that freedom he prizes adventure and risk as the only real way to live and grow.  Testing boundaries and pushing limits is where we find ourselves.  When I eventually retire I hope I can dedicate my remaining years to those same goals and not spend my time and energy hiding from life.  If there is a better working definition of lifelong learning, I’ve yet to hear it.


If you’ve never watched Rick & Morty, give it a go.  Many of your students are.