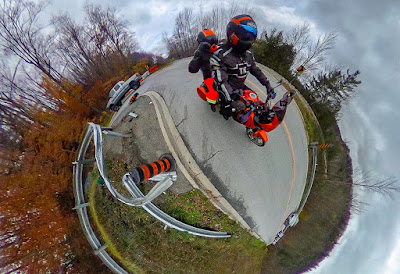 It was sunny this morning, so Max and I thought we’d try and squeeze in a ride over to The Fork of the Credit and back.  Once we got going it was cloudy and 5°C instead of the 7-8 partially sunny degrees we were promised.


So, with a windchill of -3 we got there shivering only to discover it was idiot-in-a-car day on The Forks.  They’ve removed the speed bumps so every bosozoku dingdong from the GTA rushed up in his Fast & Furious car to make a traffic jam. 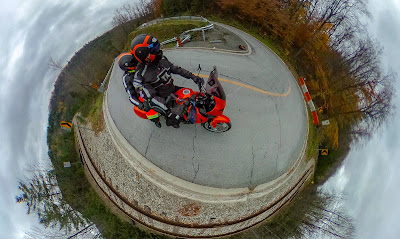 Many of them seemed particularly confused by the hairpin, especially the mouth breathing fuckwit in the Ford Focus who came around the corner half in our lane.  Once again my assumption that anyone in a hopped up turd-mobile is next to useless saved us.  I wasn’t riding the hairpin so much as sticking to the outside of my lane – as far from the Eminem clones who can’t drive in their own lane as I could get.  Even on this cold day, driving a car still feels like a poor alternative to riding a motorcycle. 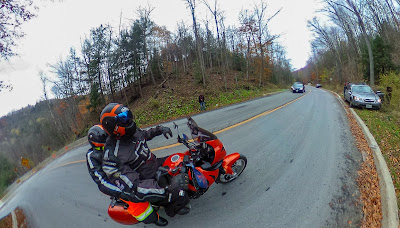 Just in case the twisty road wasn’t difficult enough, there was also a car parked at the top of the switchback with a drone hovering right over the road.  As a qualified drone operator, it’s this kind of stupidity that gives the hobby a bad reputation.  He could have easily set up and flown so he wasn’t a potential hazard, but he didn’t.  It’s a shame.  Getting some aerial media of the road is a great idea, just do it with some sense. 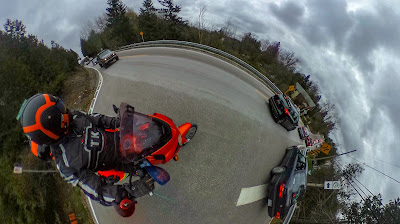 We got back to Belfountain and ended up turning around and going the long way around back to Erin and Holtom’s Bakery.  The big row of traffic blocking up the only road through the tiny village is yet another win for the the four wheeled crowd.  Between being unable to drive in their lanes, blocking up villages and otherwise being pests, our cold trip out to The Forks underlined car culture in all its glory. 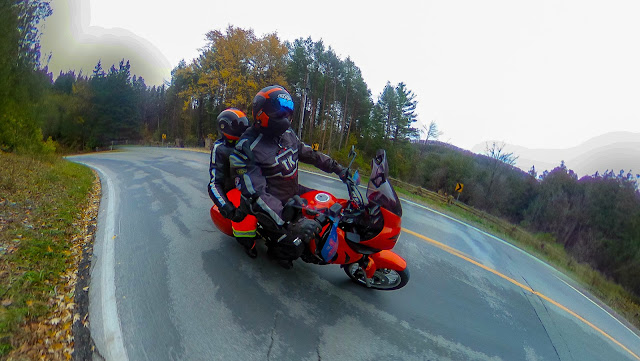 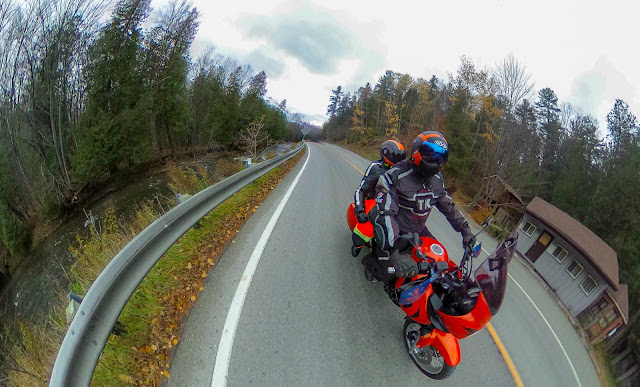 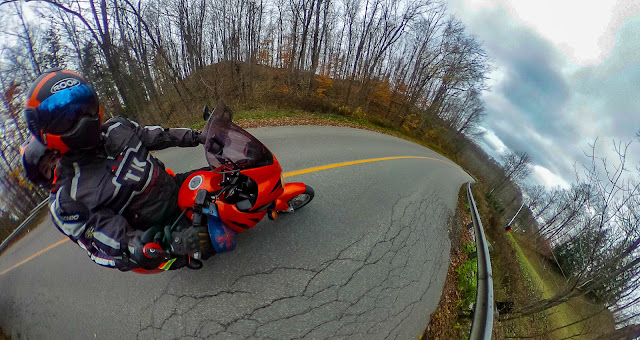 That might have been our last ride of 2018.  Since then winter has descended: 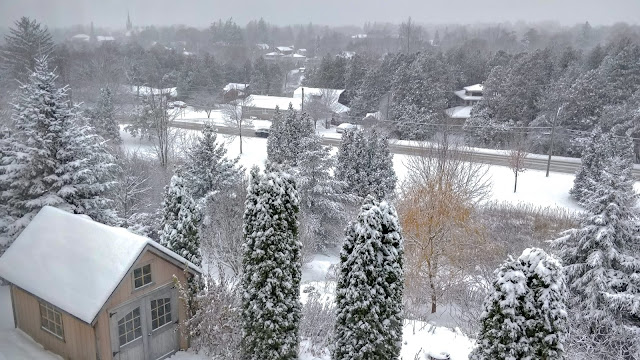