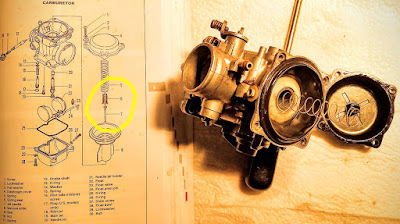 After a long wait the o-rings finally came in to the dealer.  I then ended up getting the wrong o-rings (it turns out Kawasaki has like half a dozen different o-rings in this carburetor).  Don’t expect to show detailed pictures and get any help from the parts experts either. 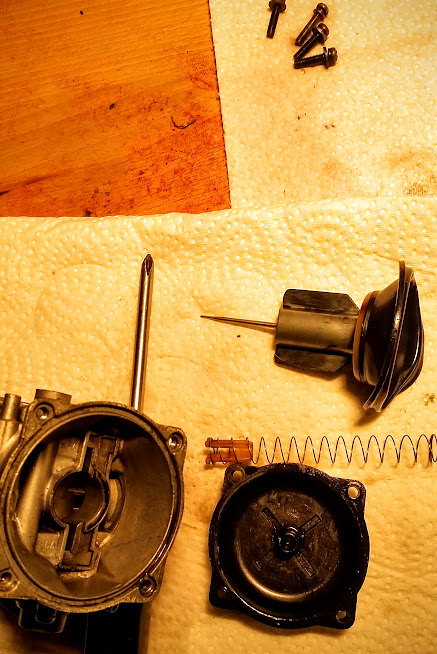 With the o-rings and t-fittings in I was able to put the carb back together again (again).  But before doing that I checked the floats one more time (they were all good), and reset the pilot screws to factory specs.  As I was doing that I noticed that the needles were moving when I flipped the carbs.  A quick check of the diagram showed that the spring seat goes above the pin, not below it, which I’d done (quite embarrassing really – I was tempted not to mention it, but my mistake might prevent someone else’s in the future, so humility – and humiliation – first).

With the pins and seats the right way around I put the carbs back together yet again.  Installing it is as big a pain in the ass as it ever was, with the fitting of airbox boots being a dark art. 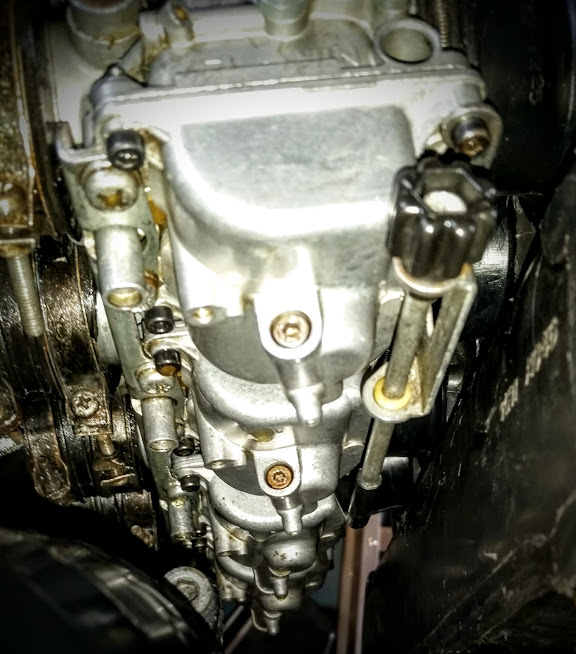 With everything reconnected and double checked, the carburetors were ready to go.  I set the petcock to prime to put a lot of fuel in the empty bowls, hit the choke and turned it over…. and it started and idled properly!

As I used to do, I eased off the idle as the bike ran higher and higher as it warmed up.  After a minute I turned the choke off and it was idling at about 1800rpm.  I dialed back the idle speed to 1000rpm and it was running steady.

So far so good, but the issue was applying throttle – the carbs kept flooding, backfiring rich and then killing the motor, would that happen this time?  No!  It’s alive, ALIVE!!!

This video below may be the most satisfying thing I’ve ever filmed.

I now have two working bikes in the garage.  This has been a long and frustrating process, but I’ve gotten the rust off some long unused skills.  I’m taking better organization, attention to detail and theoretical understanding with me as I move onto other mechanical projects.