Skip to content
After a long slog through pea-soup fog we arrived at the International Centre in Mississauga on Saturday morning.  This was my third go at the North American International Supershow, and it’s probably my last.  My first go was a bit of culture shock with the girls girls girls and men dressed like pirates thing knocking me for a bit of a loop.  Our second go impressed upon me the real focus of this show:  limited choice but cheap gear if you’re lucky.  Our third go was long lineups, dodgy websites, and crowds, though the odd deal was found. 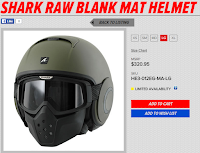 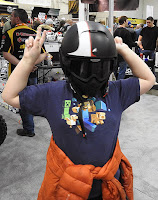 Once again, the only thing we bought was from my local motorcycle shop, Two Wheel Motorsport.  Once again I bumped into Steve who ran the course at Conestoga that got me going on two wheels and got a fantastic discount, this time on a Shark Raw helmet.  $150 for the lid, taxes in (less than half what it’s retailing for).

What would be nice would be having access to show specials at my local.  I’d happily spend the hundred odd dollars I spend getting to and into this show and apply it to purchases at Two Wheel.  If that’s a possibility I’ll save a Saturday next January and avoid the lines, crowds and other nonsense.  I’m going to contact Two Wheel and see if show specials might be available for customers on that weekend at their shop.  Their new digs are twice as nice as the International Centre and it doesn’t take you an hour of lining up to get in the door.

The other reason to attend a show is to touch base with your favourite motorcycle media.  I did have a nice chat with Glenn from Motorcycle Mojo but couldn’t find Graeme at Inside Motorcycles, though I can see my favourite motorbike magazines at the Toronto Motorcycle Show in February which feels like a much more professionally organized, industry driven event.  I can also take my wife to that one without her rolling her eyes at all the strippers on display.

As far as other people I’d want to chat with, the CoG guys were too busy but I had a good talk with the Widow’s Sons.  Even in the cases of these obvious connections I’m a bad joiner.  It doesn’t occur to me to contact CoG or the Widow’s Sons to go for a ride, I’d rather just go out on my own.  Riding in a group feels like a needless restriction to me. 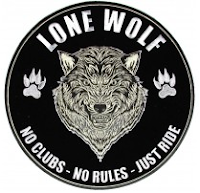 I’ll stick to complaining about the poor organization both online and at the venue, but the show itself is what it is. I’m an odd-duck in motorcycling.  I prefer to ride alone.  I go riding to find solitude and in that solitude delve more deeply into the craft of motorcycling.  Riding to feel a part of a crowd, ‘show my colours’ or just show off isn’t my bag.  I don’t ride to be seen or make a statement, I ride because I love riding.

To the dress-alike leather pirates and many other social riders this show must feel like coming home.  Next year I think that’s where I’ll be.