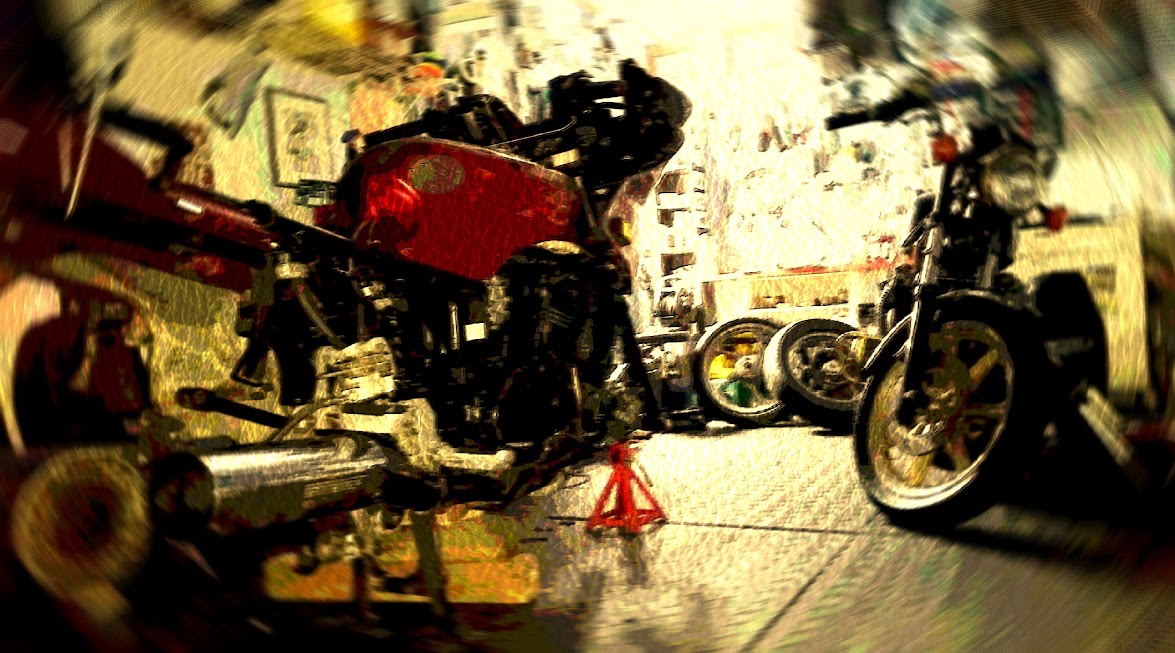 The wheels are off the Concours.  Tomorrow they’re off to school to have the tires off and the bearings pressed out, then it’ll be over to Erin for some wheel magic at Fire Ball Coatings.  If this goes well Fire Ball are going to be my go-to for advanced paint treatments.

In the meantime I’ve been going over the bits and pieces, getting it cleaned up.  I suspect I might be the first person into the rear drive hub in many moons. 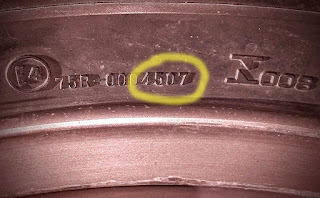 The Bridgestone on the front was manufactured in November, 2007 – that’s eight years and two months ago!  Ipads weren’t invented when this tire was made!  I’m not experienced or fussy enough to tell the difference between new and old/mismatched rubber, but I hope new tires are going to transform this bike’s handling. 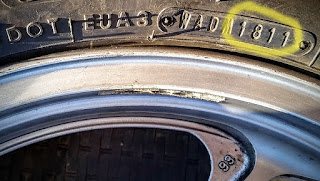 The rear Dunlop was manufactured in March, 2011 – four years and nine months ago.  Not as bad as the Bridgestone but having two different branded tires on the bike isn’t ideal either.

Even though the Dunlop is almost five years old and I have put 10,000 miles on it (plus whatever the guy before me did), it’s still got the rubber nipples on it – that’s one tough tire. 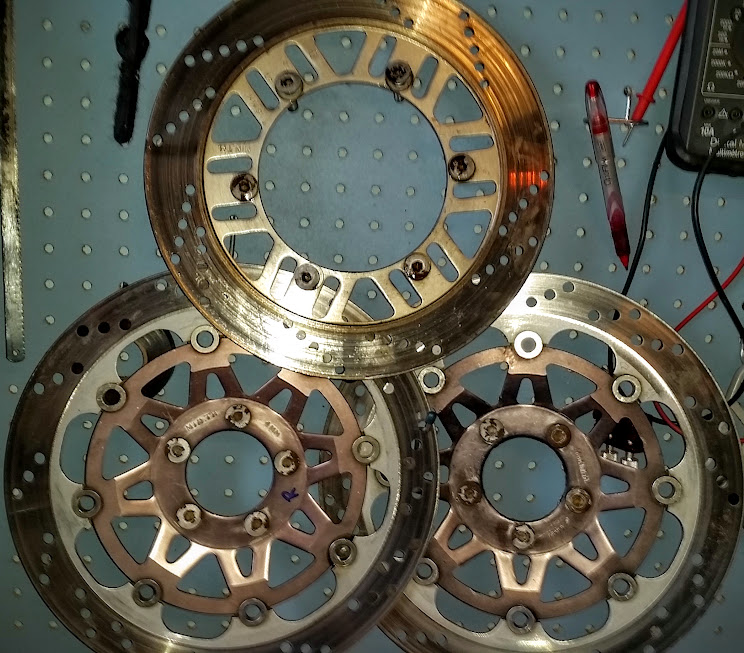 Removing the rotors was a pretty straightforward process.  I aim to clean them up and maybe paint them or at least clear coat the middles before putting them back on.

I saw a TV show on current bike customizing trends and they said they had Axel Rose came in and bought a ‘distressed’ Harley – a new bike that is scuffed up to give it character (patina in the tongue of customizers).  I come by my patina more honestly.