To get your foot in the door on this grid you need to have spent 4 years in an undergraduate degree and then another 2 years getting your bachelor of education. If you’ve ever had any trouble with the law you’re already out of contention. You need to have a clean criminal record to be a teacher.Your average cost for a university degree in Canada these days is about $6500 a year.
https://www.topuniversities.com/student-info/student-finance/how-much-does-it-cost-study-canada
So you’re about $40,000 in debt before you even get a whiff of that ‘super’ teacher pay. Ontario is (of course) one of the most expensive places in Canada to get your post-secondary education: 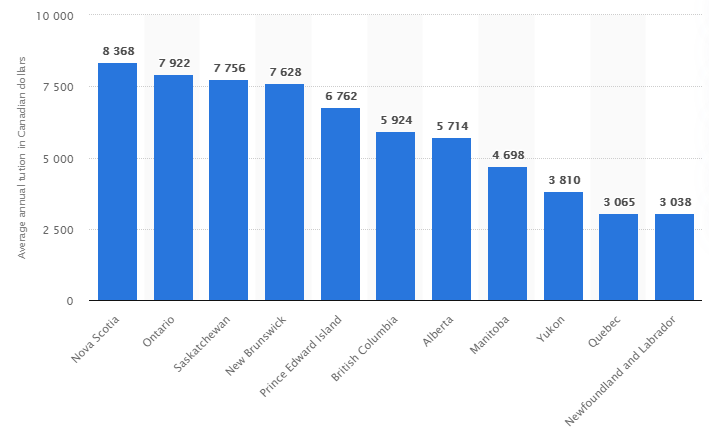 Remember that salary grid? To get up the sharp end of it you need to have an honours degree in what you’re teaching and then take additional qualification (AQ) courses after teaching experience to earn your ‘honours specialist’ and get into the top ‘level 4’ section of the salary grid.
https://cpl.oise.utoronto.ca/public/category/programStream.do?method=load&selectedProgramAreaId=18104&selectedProgramStreamId=18599
https://www.oct.ca/members/additional-qualifications/prerequisites

There has been a lot of mis-information around Ontario teachers making the highest salary in Canada.  That’s not true either:  https://www.narcity.com/life/these-are-the-highest-and-lowest-paying-canadian-cities-for-teachers   Toronto is 4th out of 8 on this 2018 list.  Teachers get paid more in Nunavut, Alberta and Manitoba, and only make a couple of grand more than teachers in Nova Scotia and Saskatchewan.  I’m sure you can quickly figure out the difference in housing costs between Toronto and Halifax or Toronto and Saskatchewan…