The Tiger continues to stall out on me at the most inopportune times.  It starts from cold and idles high, but once warm the lower idle doesn’t seem to hold and the bike will stall, but not all the time, only when I really don’t want it to.  Riding back from Haliburton last weekend, the bike stalled at lights and when I got stuck in traffic on a 6 lane highway traffic jam during a rain storm, but when I pulled over later it idled normally.  This kind of intermittent failure is very hard to diagnose.


Looking up the issue online, intermittent stalling on a Triumph 955i engine seems to be an issue.  I’ve replaced the idle control system and tested the vacuum tubes again (no leaks), so I don’t think that’s the issue.  It might be a sensor that doesn’t return information consistently, but there are a lot of sensors feeding the computer that controls the fuel injection, so unless the bike is showing an error, I don’t want to start replacing them willy-nilly.


The bike does occasionally show errors on the Tuneboy Software that came with the bike: 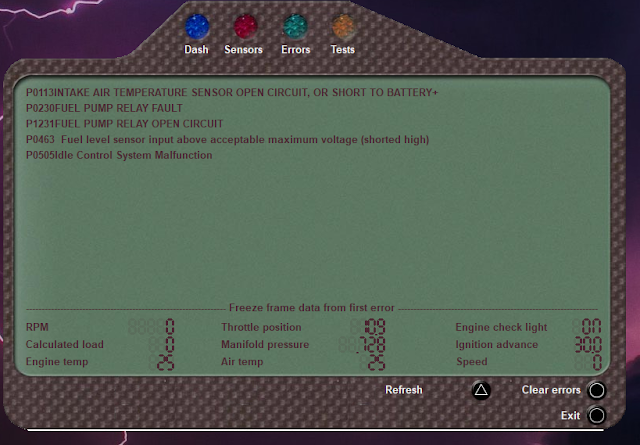 I’m not sure that the air temperature sensor would be enough to stall out the engine, but this at least gives me a couple of things to look into: that air temp sensor and the fuel level sensor (though again, that shouldn’t affect the idle). 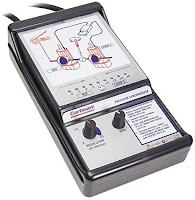 Some advice people have given (on the internet, so take this advice with a healthy dose of skepticism) is that out of balance throttle bodies might cause the issue, so I got a Carbmate vacuum balancer from Fortnine who have their shit back together as far as filling orders go and got it to me in less than 2 days (use UPS, not Canada Post, who are still not working properly).


I balanced the throttle bodies with it, but the stalling persists.  I’m now looking at the mapping for the bike in addition to keeping an eye on errors that might pop up.  This video uses Easy Tune, which I haven’t monkeyed with, but gives the impression that early Triumph electronic fuel injection was a bit of a mess and many dealers don’t know how to resolve it:


That’s a bit worrying because if I’m still stumped I was going to take the Tiger down to Inglis Cycle and have them resolve this with some factory testing, but if I’m going to pay dealer rates and get the bike back still stalling, that’s not cool.

TuneECU was a free Windows software download (it’s still available but not supported any more), but now it’s an Android app you have to pay for (though fifteen bucks isn’t unreasonable if it gives you control over your bike’s ECU).  Unfortunately the Tuneboy cable and software I have isn’t directly compatible with it without some dark Windows driver mojo (newer windows auto-install a driver that doesn’t work with the old chipset on the Tuneboy cable).  Triumph uses the same FTDi FT232RL VAG-COM OBDII/USB cable as VW does, but I think I’m going to try and resolve any mapping issues with the Tuneboy since it came with the bike and works.


I think I’m going to go back and look at the fuel pump relay and the wiring for it as an intermittent fault there would starve the engine and cause stalling.  Less likely are the air temperature sensor and fuel level sensor, which have been a bit whacky with the fuel gauge going from full to empty and back to full again, but I don’t see how that could cause a stall.  If there’s gas in the tank, the engine will use it.


My order of operations is:
– fuel pump relay (which might have gotten wet at a recent cleaning, so it’s on my mind)
– fuel level sensor
– air temperature sensor


If they aren’t crazy expensive, I might just get all 3 new rather than paying shipping x3, which would probably cost more than the parts.

“throttle slides were out of balance”

https://www.youtube.com/watch?v=QvHqNeClz2U
video guide to TuneECU (I can’t stand online how-to videos, I prefer text. Waiting for 30 second intros each time drives me around the bend, but maybe you like that

https://www.triumphrat.net/threads/cant-get-tune-ecu-app-to-connect-ugh.962476/
connections issue with TuneECU (I found Tuneboy pretty straight forward, but it’s a more expensive option that I’m using only because it came with the bike)