I’m active on Teach Ontario and my wife has been a regional councillor with you; we’re both big supporters of TVO.

A long time ago as a 10 year old new immigrant to Canada in the early 1980s I came across Bits & Bytes as I was teaching myself how computers worked.  This became a career in IT that has since morphed into a career in education where I’ve coached students in my small town to national championships in Skills Canada and ICTC’s CyberTitan Student Cybersecurity Competition. 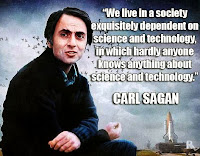 I frequently write about the dearth of computer skills in the education system and society at large.  This one from 2017 is a good example.  The article that kicked off that blog post offers a staggeringly dark view of digital fluency not just in Canada but around the world.  We have all become increasingly dependent on computer technology while simultaneously wallowing in ignorance around how it all works.

I think back to how Bits & Bytes influenced a whole generation of Ontarians to take on this emerging technology and think it’s time for a reboot.  If we’re going to plug our children into networks for their learning and live our lives in digital spaces then we all need to have a basic understanding of how these digital technologies work or we’re inviting abuse and manipulation.  ICT (information and communications technology) is now considered a critical infrastructure by the government of Canada, yet most Canadians are essentially illiterate in it even as they come to depend on it more and more.

If you ever decide to put together a B&B reboot and are looking for people to work on it I’m all in.  TVO’s mandate is to transform learning through digital technology, but if we don’t understand that technology then we’re nothing more than easily manipulated consumers of it.  Addressing this illiteracy would also raise Ontario’s place on an increasingly interconnected world stage.  Bring back Bits & Bytes 21st Century Edition and help educate Ontarians on the technology we’re all living our lives through!