Imagine having an itch you can’t scratch for 112 days.  Riding a motorcycle in Canada is an ongoing act of stoicism.

It was a long one this Canadian winter.  I’m usually able to get out for a cheeky February ride, but not this year in Ontario. Winter started later but when it came it clamped down on us like an angry professional wrestler and didn’t offer any breaks from Polar Vortexes and snow.  My last ride was mid-November, it’s now March.

T’was -22°C on Friday and tonight we’ve got freezing rain and snow into tomorrow, but it was a balmy 6 today so off I went. 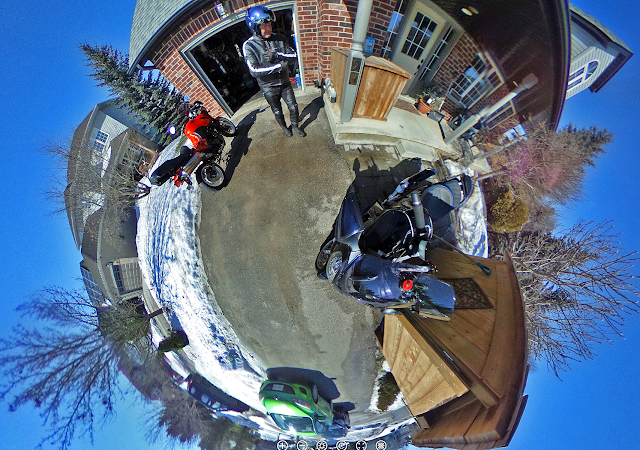 The C14 started on the first touch and was bullet proof on a 30km ride up and down the Grand River: 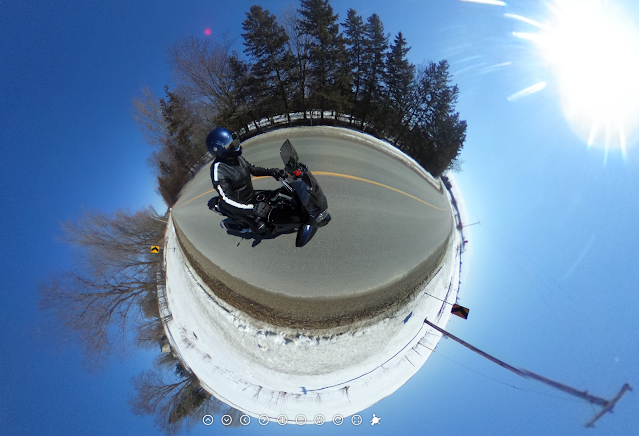 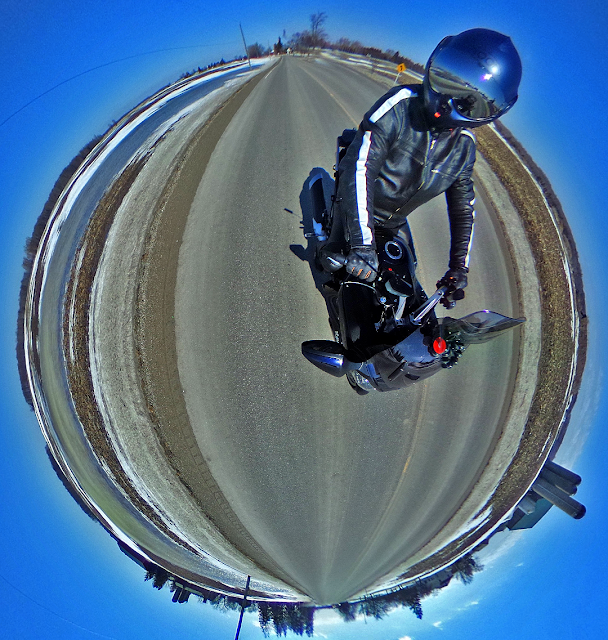 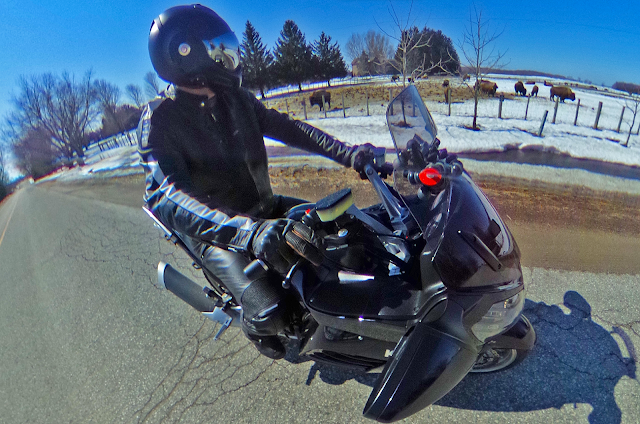 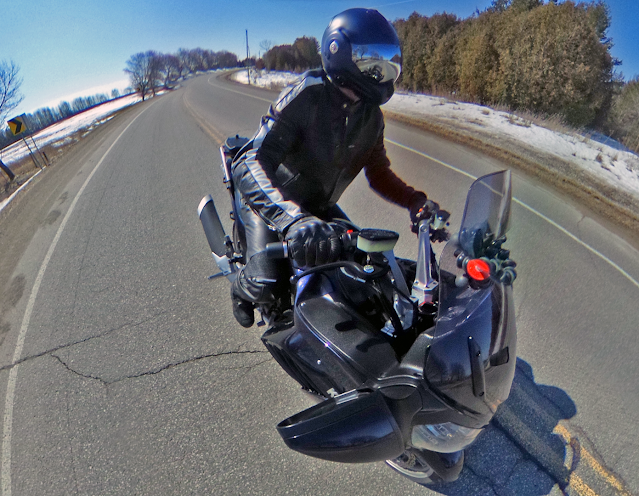 The Tiger took a bit more convincing but that wasn’t its fault, I’d had the whole fuel injection system out for a cleaning and it needed to get represussurized.  Once it had fuel it took off like a rocket! 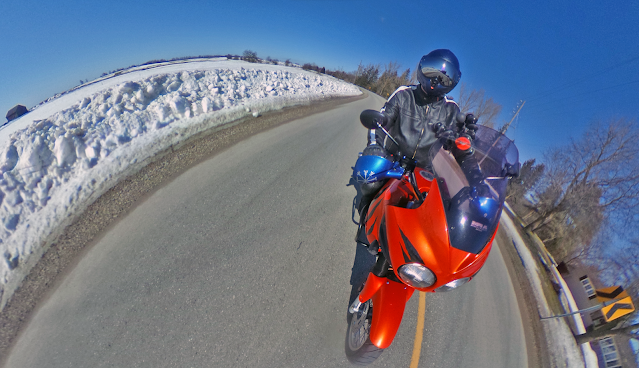 The roads were thick with sand and salt so after a cleanup everyone is back under a blanket waiting for the next break.  I’d be a year rounder if I still lived in Norfolk (UK). 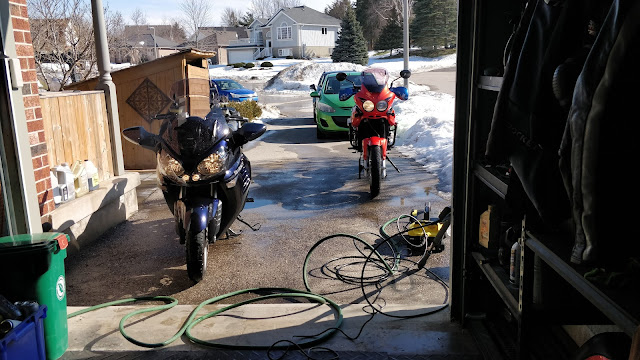 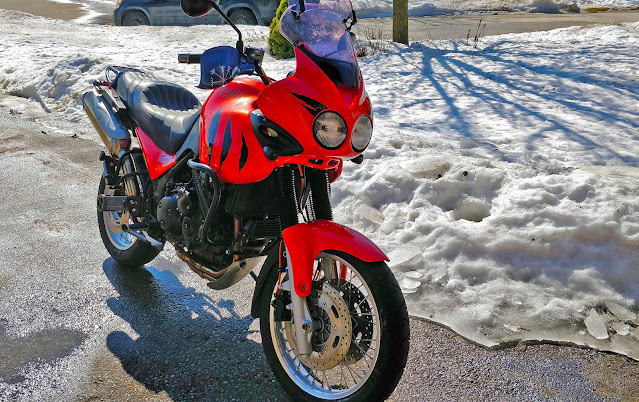 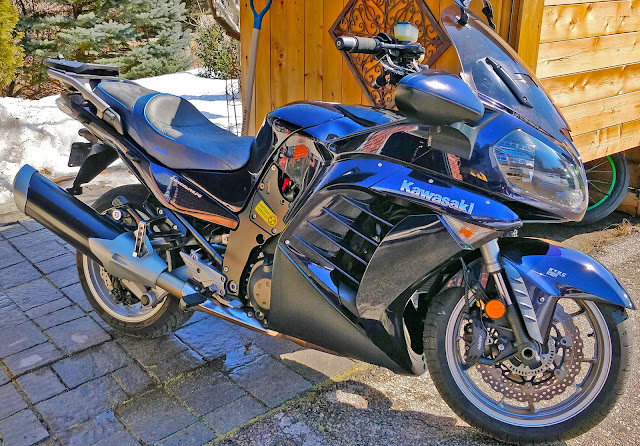 On the upside, the 750cc cylinder head for the 71 Bonnie project came in so I’ve got other things to do! 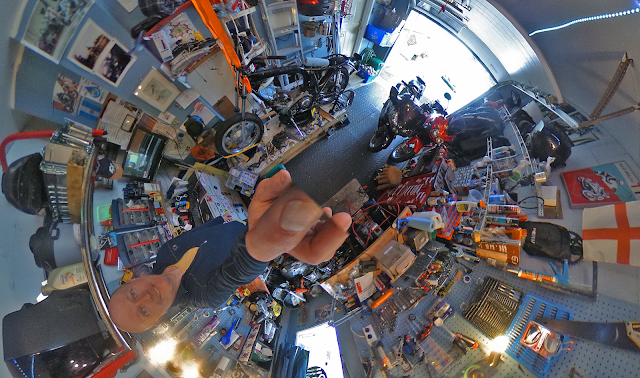 On bike photos were taken with a Ricoh Theta camera attached to the windshield and auto-shooting every 8 seconds.  If you’re curious, here’s a bit on how to make awesome on-bike 360 photos.  Here’s another published on Adventure Bike Rider Magazine in the UK:  How to capture 360-degree photos while riding your motorbike.

Looking forward to leaning into more corners in less than another 112 days!