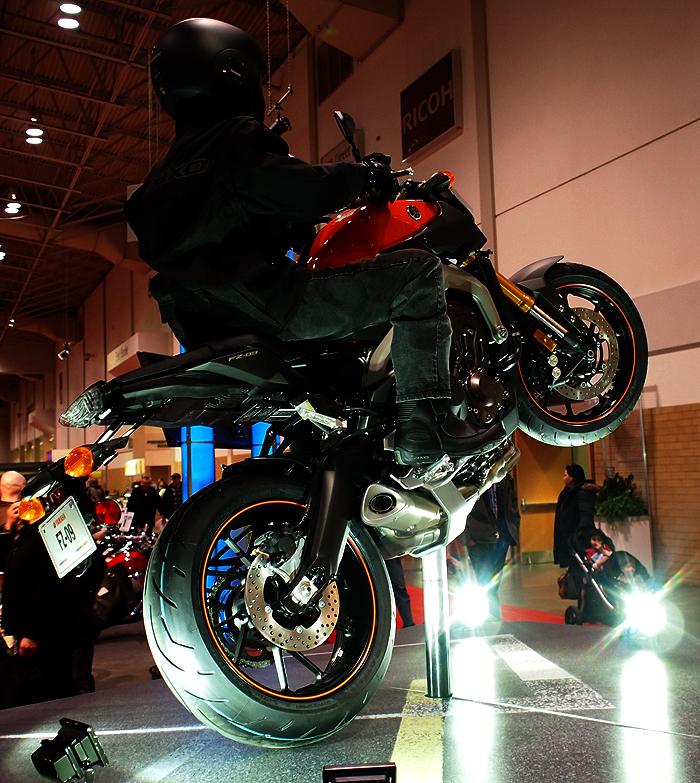 A ninety minute drive down to the Direct Energy Centre at the CNE in Toronto got us to the 2014 Toronto Motorcycle Show.  Having been to our first motorcycle show in January, it was interesting to note the differences here.  The TMS is much more focused around manufacturers.  I complained that only Harley-Davidson and Kawasaki showed up to the ‘supershow’ in January, but at this one all the major manufacturers were present.

What else was different?  The Supershow at the International Centre in Mississauga meant free parking and a discount on admission, my son and I were inside for about twenty bucks.  The TMS has you ante up $14 to put your car somewhere and then $17+$12 to get inside… it ain’t cheap.  Once you’re inside it’s significantly more focused and dense, mainly because there are so many manufacturers present.  The Supershow had many more stalls of local equipment vendors and clubs, it had the feel of a bike motorbike jumble and it was HUGE; we walked for hours and missed an entire hall.

One show wasn’t better than the other, but they feel like very different events.  My son greatly enjoyed the trials bike show at the TMS, and having space out back to show bikes in motion was a nice thing we didn’t see at the Supershow which seemed more like a sales focused event. 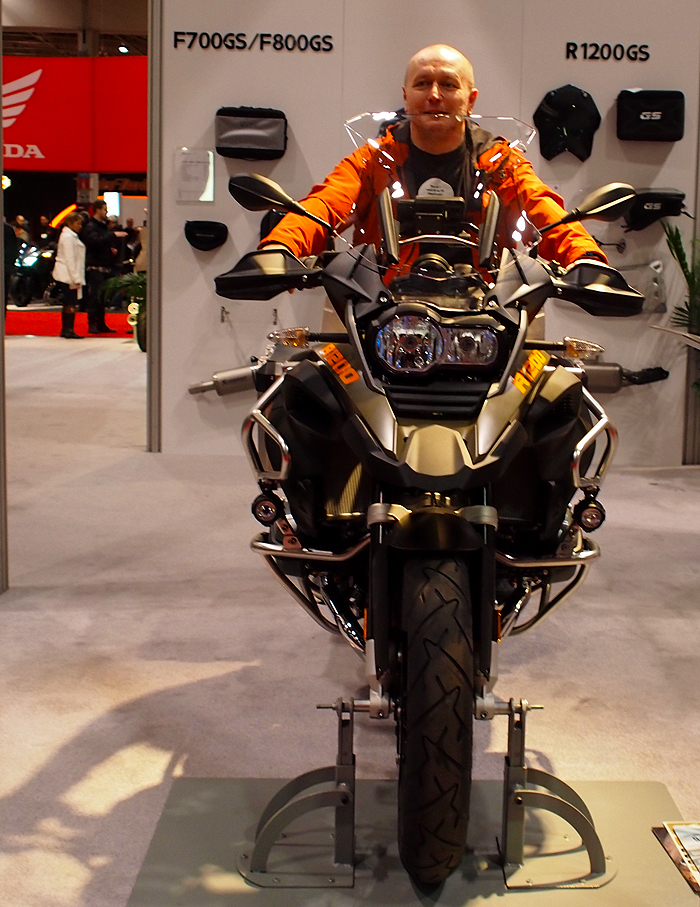 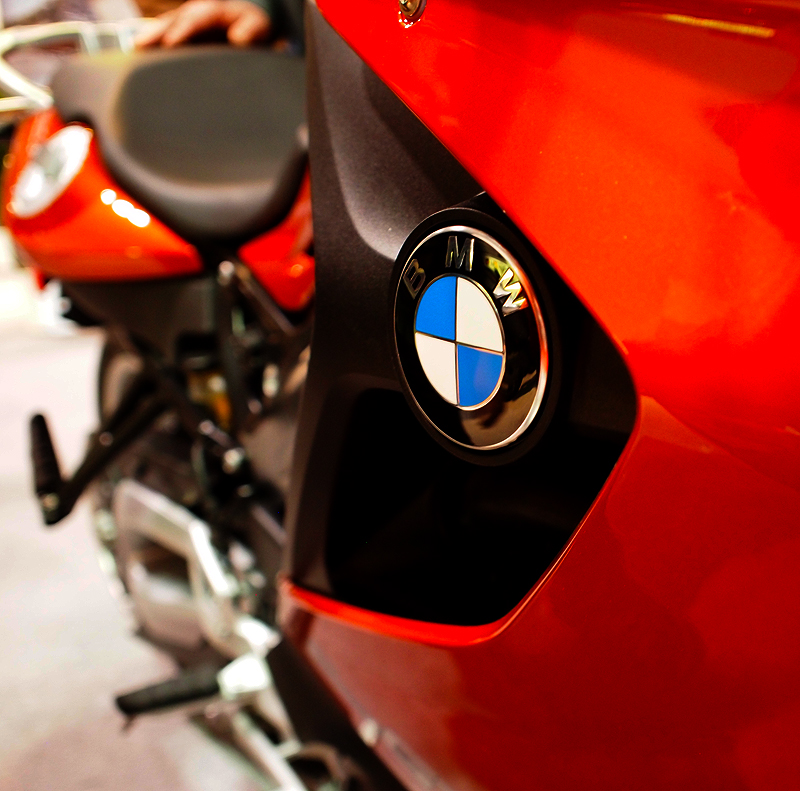 I’d said Kawasaki and HD were outstanding for being the only manufacturers to show up at the Supershow.  At the TMS it came down to who took the time.  Suzuki seemed entirely disinterested, Honda was absent though with lots of bikes to sit on, as were many of the other manufacturers.

I don’t doubt they all hire people or bring them in from dealers for this sort of thing, and we were there on the morning of the last day of the show, but BMW went above and beyond.  They not only took the time to talk to me but also made my son really happy with some stickers and a poster, nicely done BMW.  If you’re going to put on a public face at a show like this, exhausted, disinterested staff isn’t the way to go.

As a new rider I’m still getting a feel for manufacturers.  I’d add BMW to Kawasaki and Harley Davidson as manufacturers who are willing to go the extra mile to ensure that your riding experience is exceptional.  This is anecdotal, but it’s still my experience.  HD and Kawasaki were both at the TMS in force and were once again very customer focused.

Triumph was there and I have a soft spot for such a successful manufacturer from my homeland, but once again the people on the stand were harrowed and indifferent, at least I managed to get a poster!

I had a nice chat with the Canadian Vintage Motorcycle Group and look forward to eventually owning an old bike and becoming a member, they seem like nice people.

The Toronto Motorcycle Show isn’t cheap, but it is dense with opportunities to sit on many bikes (though not KTMs), and see some fantastic trials demonstrations.  Some manufacturers are more present than others, and I’d head over to BMW, Kawasaki and Harley Davidson if you want some quality customer service.

Here are some other pictures from the event: 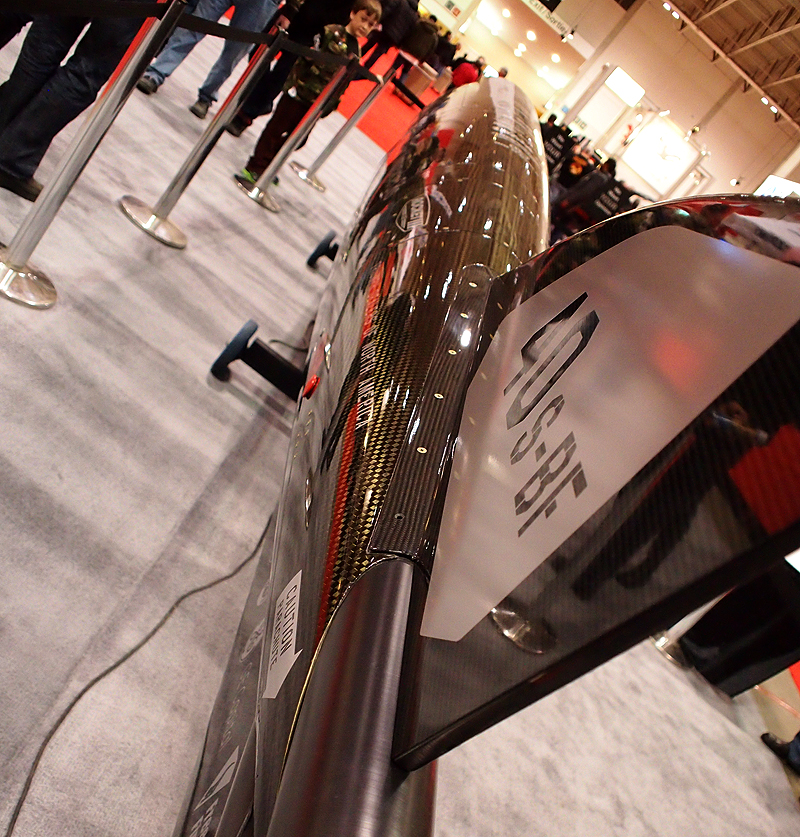 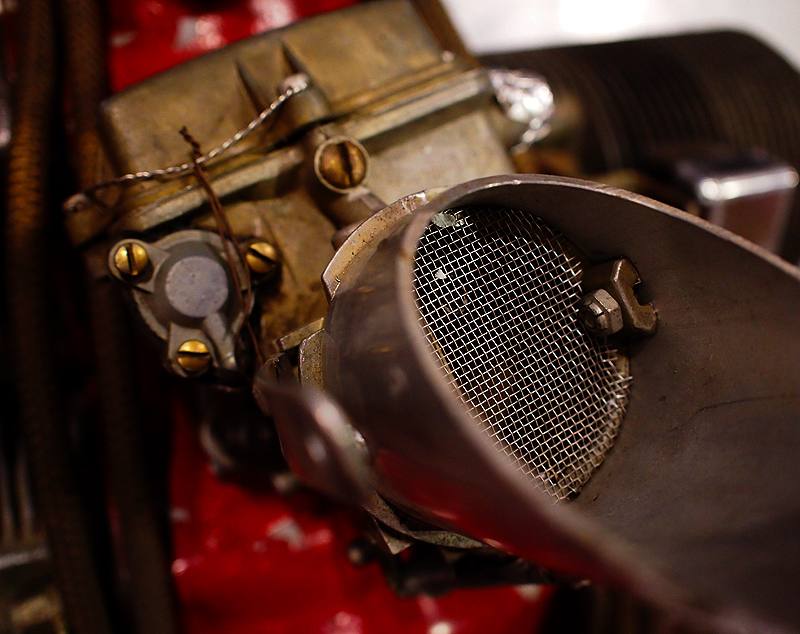 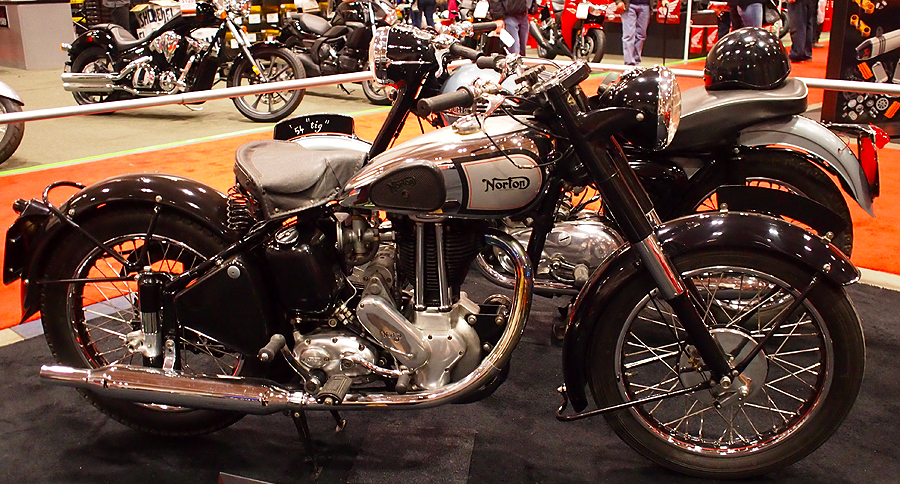 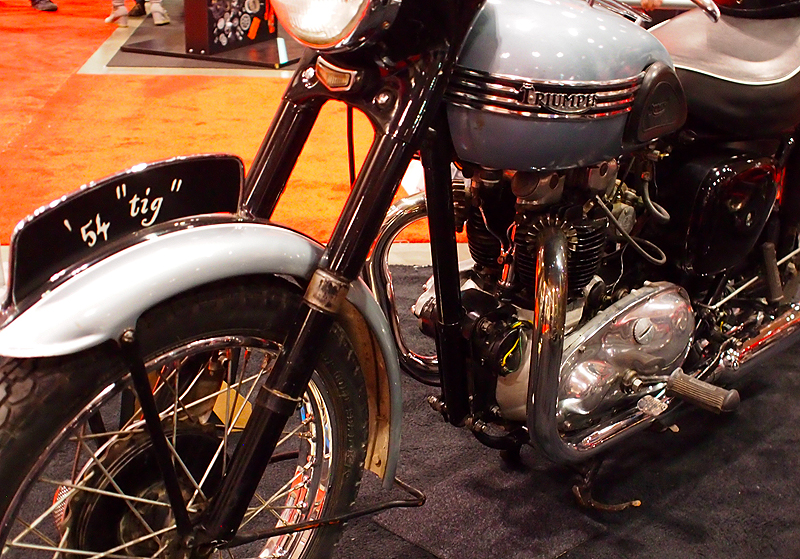 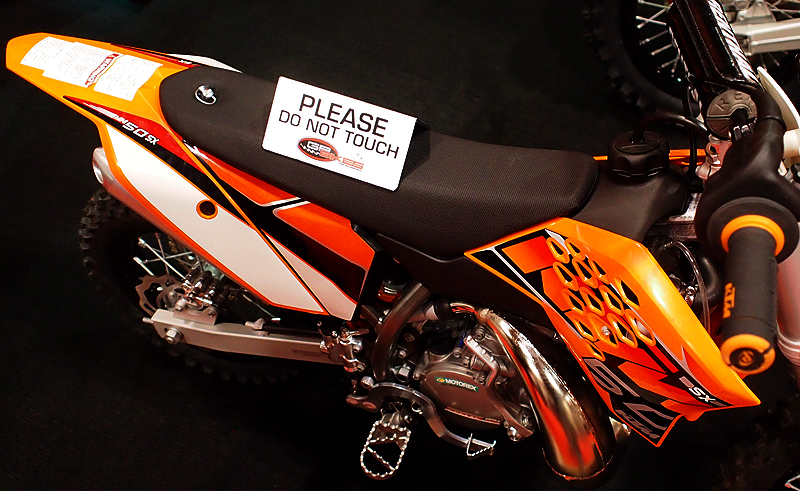 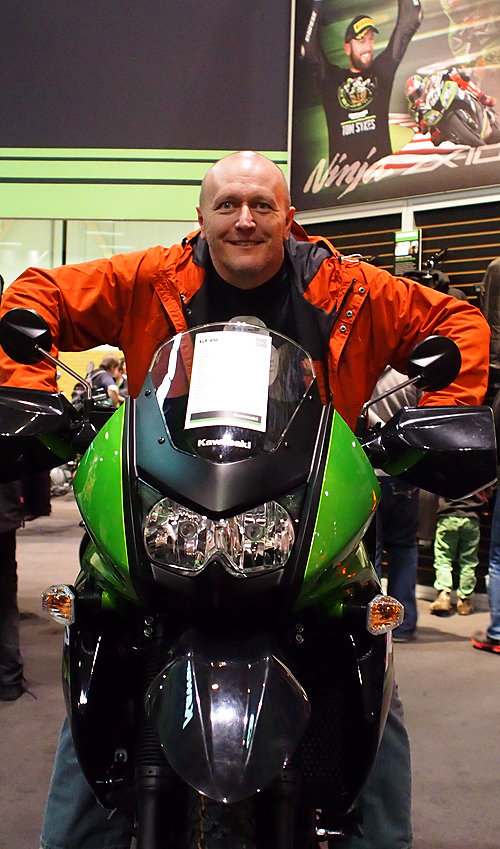 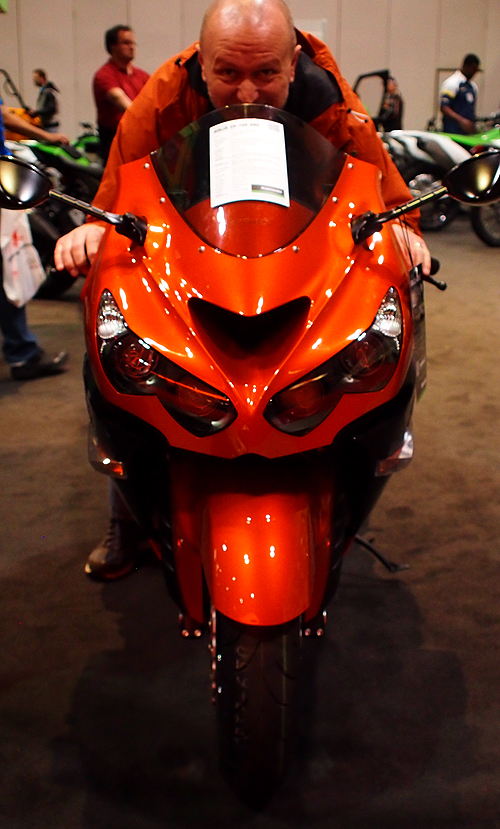 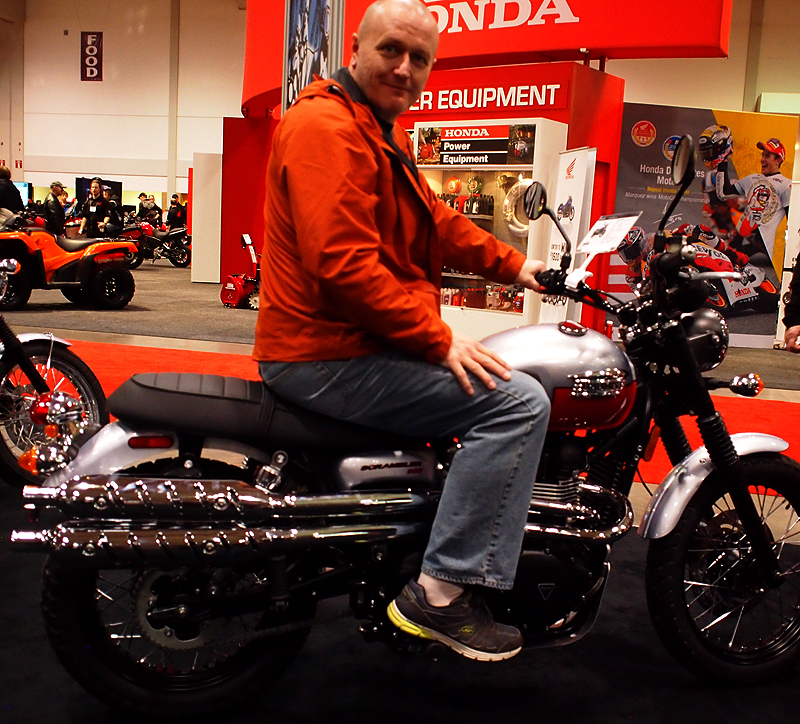 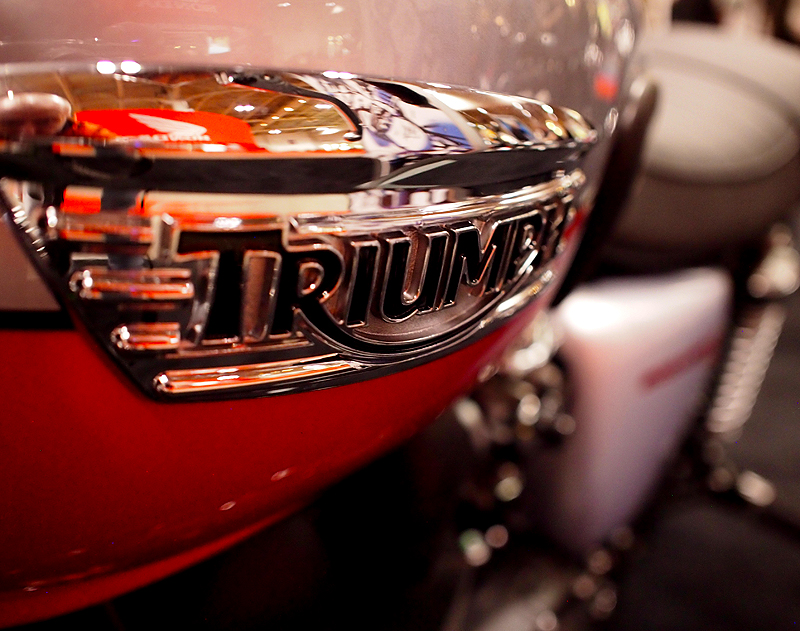