I think three bikes would comfortably fit in the garage with room to work.  I’m hoping I can find an insurance deal that lets me run more than one bike without insurance doubling each time.

If I were to go with three, these would be my poor man/middle class man/rich man choices:

Three of a kind: the low budget option 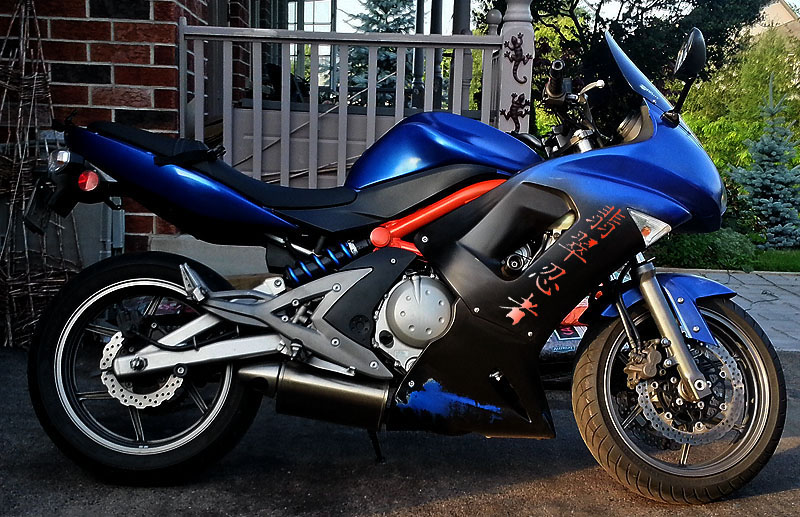 Keep the current ’07 Kawasaki Ninja 650r. I’ve already cleaned it up and it’s got tons of life left in it.  It’s the obvious choice for a sport/track day bike.  I’ve still got a lot to learn from it as far as sport riding goes. 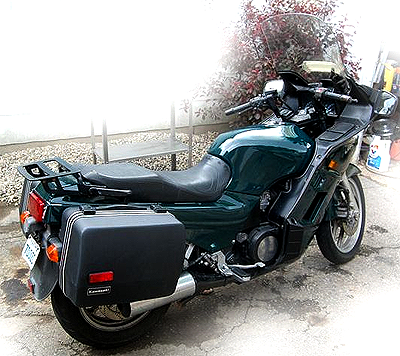 This ’86 Kawasaki Concours caught my eye last summer.  It’s up for sale again on Kijiji.  For only two and a half grand I’d have a capable touring bike that would comfortably carry two up over long distances.  It has a lot of miles on it, but it looks like it has been meticulously maintained. If I could swing it, I’d get it. 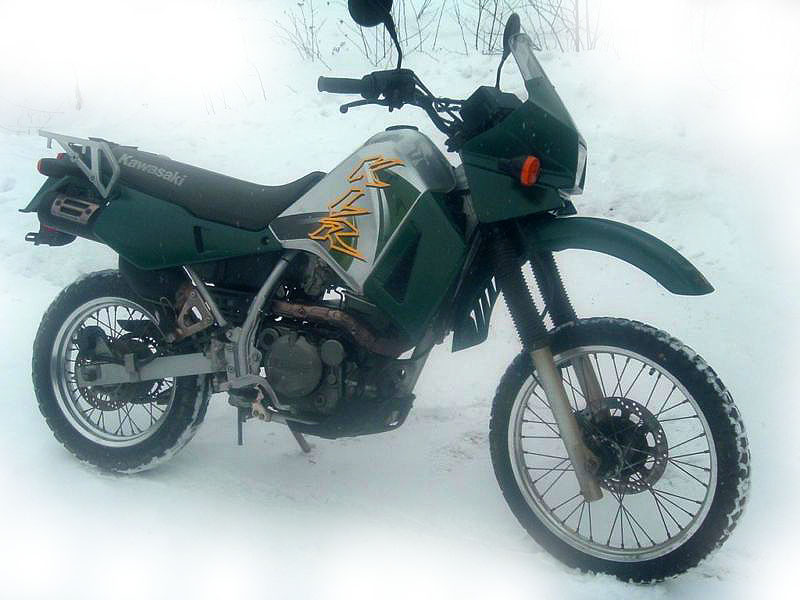 I just stumbled across this ’02 KLR650 on Kijiji.  The price isn’t listed, but with any luck I could pick it up for about what the Concours above cost.  It’s fuggly, but if it would be a simple matter to strip it and repaint it.

I should be able to pick up both bikes for under five grand.  They all happen to be Kawasakis, three of a kind.

I’d probably still hang on to the Ninja in this scenario, but I like the look of naked street bikes more than the fully faired sport bikes.  if I were to go for an athletic street bike I’d consider the FZ-09 from Yamaha.  It’s surprisingly affordable, super light, and looks great in Orange.
~$10767

The touring option would get three wheel funky at this level.  I’d go for a Royal Enfield Classic 500 with a sidecar.  As a way to share riding with my son, it’s a fun way to putter around.  We’d have to get some vintage style helmets with googles.  ~$12000

The dual sport choice would be a new Kawasaki KLR650, specifically this very KLR.
~$8700 I keep hearing about how utterly awesome the Triumph Street Triple is, so if money weren’t an option this would be my naked/sport choice, the top-of-the-line R version.
~$13800
If nothing else the Triumph Configurator is fun to play with. 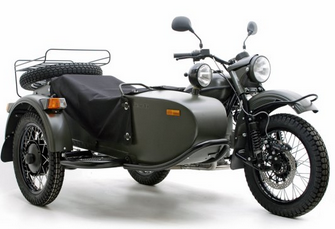 The Explorer below is an excellent two up bike, so it could do the job, but if cost is no problem I’d consider a Soviet style Ural sidecar outfit.  The Ural Gear-Up is an on-demand 2-wheel drive no-nonsense rig with classic military styling.  It could also handle off road duties when needed.
~$16553

For the dual sport option I’d be looking to Triumph again.  Either the Triumph Tiger 800XC or the big Triumph Tiger Explorer XC.  Since the big bike actually gets the same mileage as the little one, I think I’d go with the distance machine.  It’s big, but I’d train off road and ease into using it that way.  I’m a big guy, I’ll manage it.
~$22000

You gotta love motorbikes, even the rich-man option that gets you three distinct imports costs less than a Volvo SUV.