Once again Twitter teacher chat raises some interesting educational technology questions.  Chromebooks or ipads?  Louise’s question had me asking questions about the question.  Why have we come to a place where we’re asking which incomplete but branded and popular technology should we buy for schools?  Google and Apple have spent a lot of money locking in educators to their brand.  To me, that question signals a marketing victory for both of them.

Later in the conversation Julie asked what Chromebooks can’t do.  At three hundred bucks a pop I’d hope they can do everything a comparably priced netbook could, but they can’t.  They can’t print, they can’t connect to a projector to share a presentation, they can’t install drivers so you can’t use any peripherals on them (one wonders why they have usb ports at all).  Want to plug a scanner in to your chromebook?  No.  Want to plug in an Arduino?  No.  Want to install a decent graphics editor?  Sorry.  Want to install a fully fledged word processor instead of frustrating yourself with what g-docs still can’t do?  Sorry.  Want to install an IDE and do some programming?  Nope.  Want to try a different operating system, or even dual boot into multiple environments?  Definitely not, that is the whole reason ipads and Chromebooks exist, to keep you in a closed ecosystem; you give away usefulness for simplicity’s sake.

It was suggested that Chromebooks are much cheaper than laptops, but this isn’t true either.  The much maligned netbook has grown up.  What used to be a single core, stodgy little laptop is now a dual core machine that starts with much more memory than it used to.  Taking the $300 per Chromebook cost I went looking for a comparable netbook in the fall and found the ruggedized, student ready Lenovo X131 retailing for about $250.  For $300 I’d add another 4 gigs of RAM to it and have an 8gb of RAM multicore netbook for the same price as a glorified browser.  It’ll run the Windows version of your choice, and any Linux distro you could throw at it all off the same hard drive… oh, and you can install Chrome and still do everything a Chromebook can.


I find the limited OSes in tablets and Chromebooks very frustrating.  I’ll put up with it in a phone for mobility’s sake, but in a day to day device for learning?  I’ll admit, Linux is daunting, but Windows & OSx offer full operating systems with many uses.  If we’re evolving into simpler and simpler OSes, what does that say about how we are using (and teaching) our technology?

Code.org is doing their hour of coding this week.  I got my nine year old doing it last night.  After we gave up on his ipad not being able to run the site we went to… yep, a regular old Windows machine.  You can’t even expect an ipad to display a website properly.  Won’t that be fun in a class of thirty kids?  At least it would have worked on a Chromebook.

During the conversation it was suggested that expecting teachers to understand the basic limitations of technology is exclusionary and doesn’t allow them to focus on teaching.  I’d argue the opposite: selecting minimally functional technology to begin with is the problem, especially when we do it through the brand moderated ecosystems offered by Google and Apple.  Teachers don’t all need to edit their own kernel in Linux, but they should have an understanding of how various technologies enable and limit their ability to perform basic functions (like opening a website properly), especially in a learning space.  Asking for basic digital fluency in teachers isn’t asking too much in 2014.  We can then ask for it (by extension) in our students. 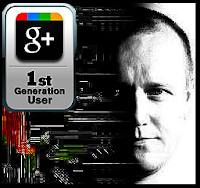 This may all sound anti-Google, but I assure you it isn’t.  I’ve had a gmail account since it came out and I’ve got gigs of data in various Google drives (Dusty World is written in Blogger!).  I own an Android phone because it offers the most open ecosystem.  I value the tools Google offers, but I feel like the Chromebook is a tool designed to close off digital opportunities and drive everyone into a Google-centric cloud.  It follows ipad down the same closed-system dead-end that Windows is flirting with now.

When I’m using peripherals I need a computer, not a glorified web browser.  When I am setting up a complex document I need a proper word processor.  I can’t do graphics and video editing in the cloud, I need a general purpose computer, and your students will too, even if that does mean teaching them how to maintain a more administratively complicated machine.

I’d argue for as big a tool-kit that offers as many digital opportunities as you can afford, something the question, “ipads or Chromebooks” doesn’t begin to consider.