Watching broadcast media, one of the giants birthed of industrialization in the Twentieth Century, struggle with the recent Olympics was enjoyable.

Early on, CTV’s London desk was showing video of a flash mob at Wimbledon.  The broadcast anchor said 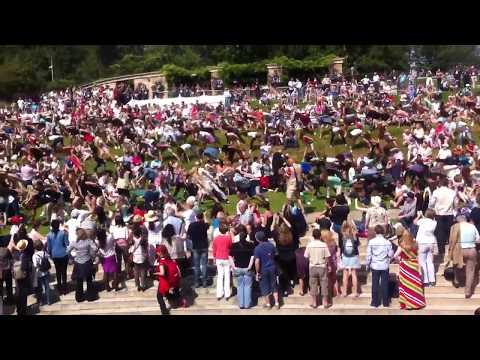 He doesn’t get why people would do back flips to get on mainstream media?  Dude, your entire career is predicated on what they are doing… did you enjoy getting made up for your camera time today?  Does your agent do what those people are doing all the time just to get your mug in front of more cameras?  Do you throw a fit when they bring you the wrong tie?

The ‘let them eat cake’ distance that the corporate broadcast media has from a bunch of sweaty fools having a good time on a hill at Wimbledon underlines how truly out of touch they are.

Technology has miniaturized and communications have become a widely distributed two-way medium, yet the corporate broadcast media cling to their unidirectional economic model, frantically milking it for all it’s worth before the weight of inevitability forces change.  I’m not saying there won’t be a place for professionally created media, but technology is allowing for smaller, niche groups to make what they want, how they want, and do it well while still making a living selling to niche audiences.  The days of centrally controlled media are ending because the need for expensive corporate backing are no longer a technical necessity.

Where once an artist had to gather the corporate power of a massive enterprise behind them in order to get their hands on the technology needed to broadcast their story, they now find themselves increasingly able to create their vision and distribute it themselves, assuming the wallowing dinosaur doesn’t have a room of lawyers on hand, which they do.  Deinnovation by legislation.  Deinnovation by lawsuit. 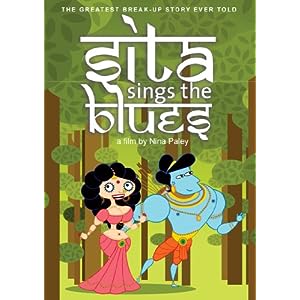 was Nina Paley’s attempt to express her own miserable breakup using a complex mash up of Flash animation, Annette Hanshaw’s blues, and The Ramayana.  To call this copyright theft is ridiculous… this mash up is insane (and brilliant – I use it every year teaching media arts).  Yet Paley was run out of business by copyright trolls (lawyers) who look for out of date art, copyright it, then lay in wait, hoping to squeeze money out of something they purchased from other copyright lawyers – an open market of dead artist’s work being held to prevent new art from forming.

If that isn’t an example of the desperation of the broadcast media system, I don’t know what is.  They are so intellectually bankrupt that they can only recycle and steal other ideas.  The corporate media machine continually pumps out near identical films at virtually the same time, desperately trying to tap into cultural memes that they aren’t agile enough to keep up with.  Indy and social media media create far more current, personalized and pertinent media in the early 21st Century, and younger viewers are cottoning on to it, even while everyone tries to dodge the wallowing dinosaur’s departments of lawyers.

There will always be money to be made in a good bit of story telling, and digital media is nothing if not a good bit of story telling (even the news).  What we’re seeing now is a slow, painful adjustment as the habits we invented around expensive, industrially driven broadcasting give way to cheaper, individualized, technology supported media.  Professional media isn’t dead, but we don’t require millions in corporate backing to produce it any more.  Don’t expect an industry worth more than two trillion dollars to give up on squeezing it though.

I’d hope that instead of trying to cobble together another massive production, corporate mega-media would be trying to spin off divisions that support small, agile groups feeding niche markets, but I don’t imagine that’s the case.  The problem with really big animals that are ideally suited to a specific environment is that they are horrible at adapting.  They’re great while the ecosystem stays the same, but the minute the social media asteroid appears, they just keep trying to do what they’ve always done, thrashing around, hoping to hold off the inevitable, until they are extinct.

Note: thanks to Quinn & Nina, Sita will be shown again in the middle of our Flash animation unit this year.  I’m looking forward to another year of grade tens wrestling with who owns what, what art is, how no one is free from influence, how The Beatles could steal other people’s musical influences and then lock down their own for ever, what is appropriation of voice, and the future of media art. That one little column led me to a wonderful teaching piece that is still raising hard questions for hundreds of students years later.  Thanks!