What does Frank Lloyd Wright have to do with motorcycles?  Well, he designed one.  In addition to that one 1930s Harley he also designed dozens of cars, including some pretty iconic ones like the VW Mini-Bus and the original gull-wing Mercedes 300.

I went on a tour around Wright’s house, Taliesin West, in Scottsdale and was blown away by this polymath’s genius.  I’m not that sharp, maybe just bright enough to recognize genius, but it leaves me in awe.  I always end up leaving places like Taliesin West thinking that a big part of genius is just not giving a shit about what other people think.  Free from social constraints geniuses are able to follow their urges and amaze the rest of us with their discoveries.  Just don’t get too close to one.


From reading Nietzsche to wandering around the Van Gogh Museum to seeing the world Wright made for himself, you can’t help but wonder what it must be like to be that free of social expectation.  That freedom is what Wright exploits to create an aesthetic that is truly iconic and unique.

Being free from the shackles of society, Wright, like Van Gogh and Nietzsche, make a real mess of their lives.  It’s in that glorious mess that their genius is realized.

Our tour guide told us the story of Taliesin’s water.  They used to haul it up onto the plateau where it’s located (miles from the Scottsdale of the day).  Wright decided he wanted a well dug so he called a guy up and had him dig even though the guy had been up on the ridge before and knew there was no water to be had up there.

At 200 feet the well digger stopped.  He didn’t have the gear to go any further.  Wright made a fuss and told the guy to go and get what he needed to go deeper.  He finally struck water at almost 500 feet, and Taliesin has had its own water supply ever since (it’s wonderfully cold and tastes fantastic).  Wright never paid the well digger.

You have to wonder how many people geniuses use and throw away in order to express their genius.  Teliesin West is a work of art that needed water and Frank made it happen, but he broke a man’s livelihood in the process.  No one remembers that though and the art lives on.  The social calculus of genius is interesting – many people continue to benefit from Wright’s genius.  The people close to him who paid for it are all forgotten and long gone.


I wish I could go back in time and buy that well digger a beer.  It sounds like he needed one. 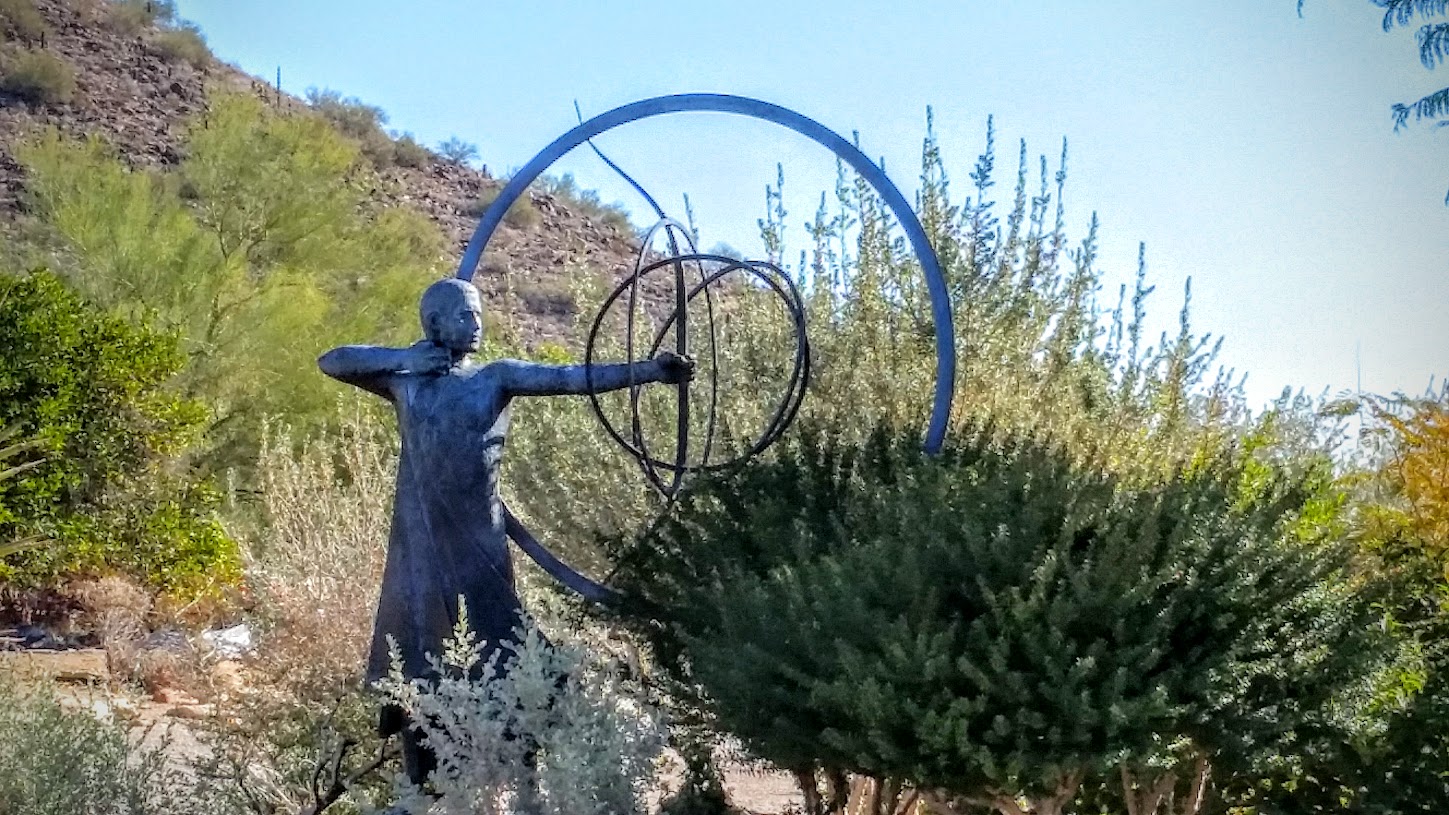