Skip to content
In my day job I’m a high school computer engineering teacher.  The subject is still relatively new and covers a ridiculous range of differing technologies, all lumped under ‘computer technology’ because they all have some vague connection to it.  While teaching it in class can be demanding, the upside is that in the decade I’ve been working away at it I’ve become familiar with technology well beyond my background in IT.  From electronics engineering to 3d modelling and 3d printing, I’ve had a front row seat to the evolution of digital technology as it rapidly expands and evolves in the 21st Century.

The other benefit of this front row seat is that I’ve gotten to work with some skilled teachers with diverse technical backgrounds.  From Jeff who was working in CAD and 3d industrial design when most people didn’t have a computer to Katy the engineer who was one of the only people in our school board who could get the first generation of 3d printers dependable enough to actually use in class, I know some very technically adept adults.

Then there are my graduates, who have gone off to work in fields ranging from robotics and industrial engineering to electronics, IT and computer science; I know years of very technically advanced young adults who bring a staggering array of expertise and intelligence to the table.

On this cold and rainy March Break Tuesday in the middle of the COVID-19 epidemic, I’m wondering how we could leverage all that expertise and create a niche product that could serve a number of different markets.

I recently found myself frustrated by a lack of parts for the late ’90s Honda Fireblade I was restoring.  Knowing that Katy has been using 3d printing to create prototypes in her class, including printing in flexible materials, I was wondering why no one has filled this gap as business proposition.  To replace one perished airbox rubber tube I would have had to pay to get four them shipped from a place in the UK at over €100; no one in North America had one.  I suspect Jeff could have made an accurate model in an hour and then Katy could have printed it in about 30 minutes.  We’d then have that model on hand if it was ever ordered again and could be filling individual orders for them in thirty minutes.  At $20 plus shipping for the part we’d be offering rare parts that meet specific needs for way less than the market is willing or able to at the moment.  For ten bucks more we could put initials or a symbol on a printed piece to satisfy the customizers.  Beyond the capital costs of getting the 3d printer needed, printing a part we had a model for is a quick and easy process and would only require maybe $5 in parts and power. 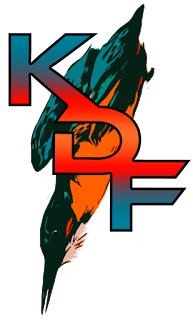 There are other angles to this besides micro-manufacturing old, out of production parts.  We could also create small batch bespoke parts for companies building prototypes.  By rapidly producing accurate, high tolerance parts, we’d also be creating a library of digital 3d model files that could also be part of the service. Those models could then go on be used in production.

Beyond the out-of-production parts market and assisting companies in with their prototyping needs, there is also the opportunity to pursue bespoke custom parts.  Within five minutes of the first time I saw 3d printed additive manufacturing technology, I started thinking about custom motorcycle fairings.  The default at the moment is to stamp out cheap copies of fairings, but it wouldn’t cost much more to digitally redesign unique 3d variants of fairings and sell those, it would just need a large format printer.  Variations in ducting for people wanting to fit a turbocharger?  No problem.  Want to get really crazy?  A dragon scale fairing for a Game of Thrones fan?  This is a 3d printed fairing with scales that have depth and texture.  It would take custom motorcycle design to the next level, especially with a sympathetic paint job on top.


As far as the technology needed to create our digital foundry, I’m partial to the Formlabs 3d printers because they look like something out of Terminator.  They also produce very high resolution models. Their new 3L large format printer comes close to being able to make detailed, high resolution models almost up to a cubic foot in size.


The process of additive manufacturing (3d printing) is surging forward.  It isn’t quite ready for the range of parts I have in mind, which would include being able to print 3d flexible parts that are fuel resistant, but this is more a chemical engineering bottleneck than anything else, and chemistry these days is rocketing ahead. 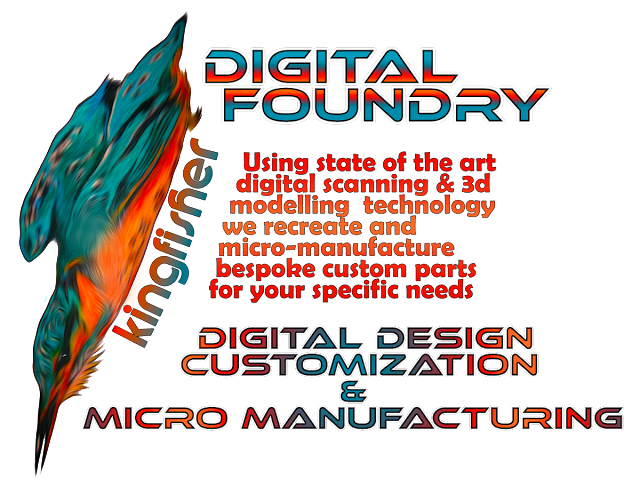 I’m hoping that just as I’m ready to retire from teaching, micro-manufacturing will have caught up and I can retire right into another profession making locally developed and manufactured bespoke components in a micro-manufacturing facility of my own, Big Hero 6 style.


This isn’t the first time I’ve kicked around the idea of applying emerging digital technologies to mechanics and manufacturing:

Yesterday I was out in the garage using a Structure Sensor to 3d model my motorcycles, there are so many things we could do digitally with mechanical engineering and manufacturing: