Originally published on Tim’s Motorcycle Diaries in May of 2014:  http://tkmotorcyclediaries.blogspot.com/2014/05/motorcycle-social-media.html

The online motorcycle community is a beautiful thing.  I’ve been following a number of people on Tumblr and Pinterest as well as other social media platforms.  I’m a visual thinker, and being able to find images of bikes on these platforms really feeds my motorcycle aesthetic.  If you’re into motorcycle design and aesthetics, these are good places to find ideas: 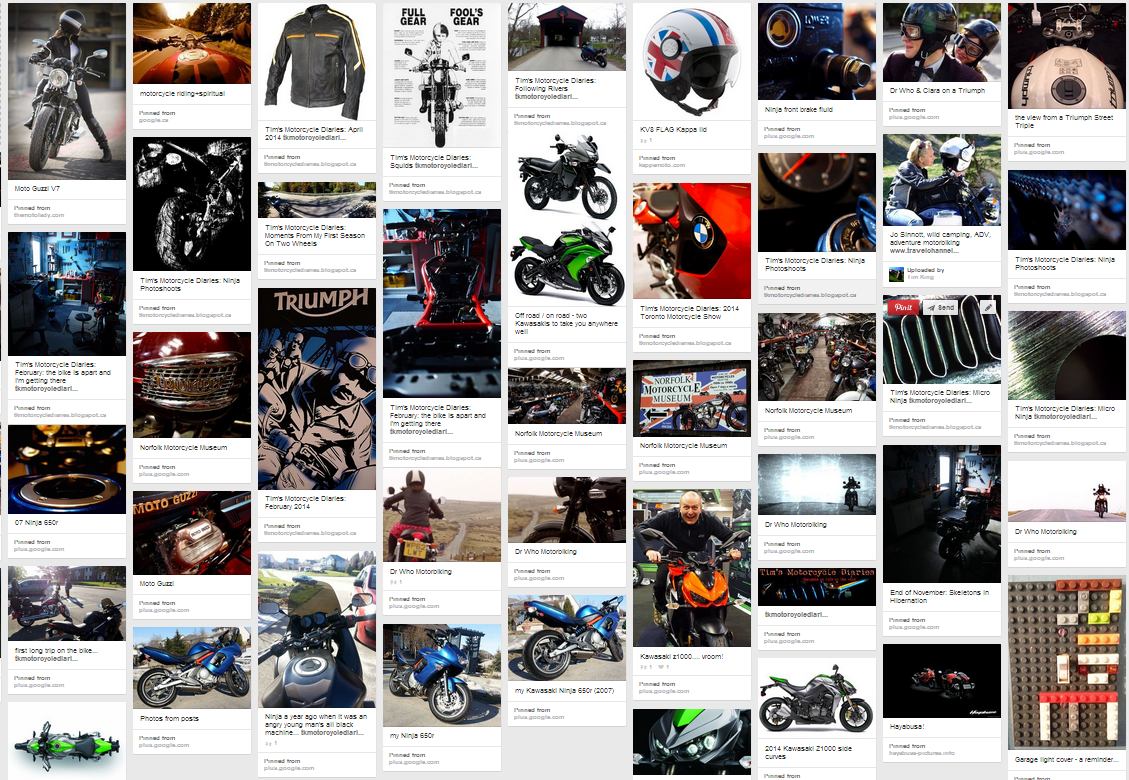 Pinterest:  a online graphic pin-up tool designed to share images.  Nice because it focuses on the visual, also nice because it is predominantly female, so you get a different vibe out of it when it comes to motorbikes (less pin-up, more motorcycle as art). 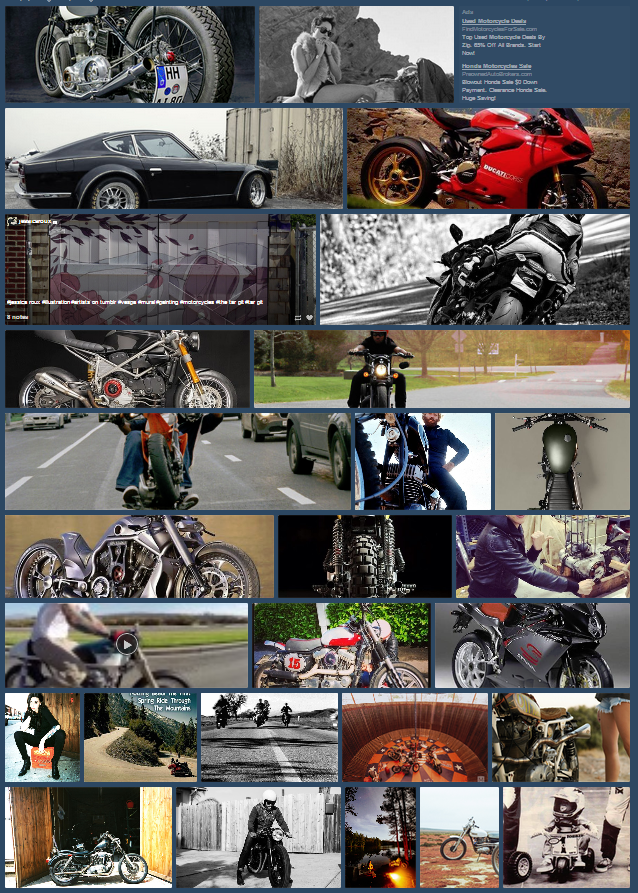 Tumblr: a bit more rough and tumble but offers an immersive graphics format and a staggeringly wide range of images including some very specific sub cultures of biking.  If you’re into cafe racers, Tumblr doesn’t disappoint.

Want something really specific, like motorcycle anime?  Ok!  Tumblr is also heavy on the animated GIF, so you get a lot of motion in your visual soup. 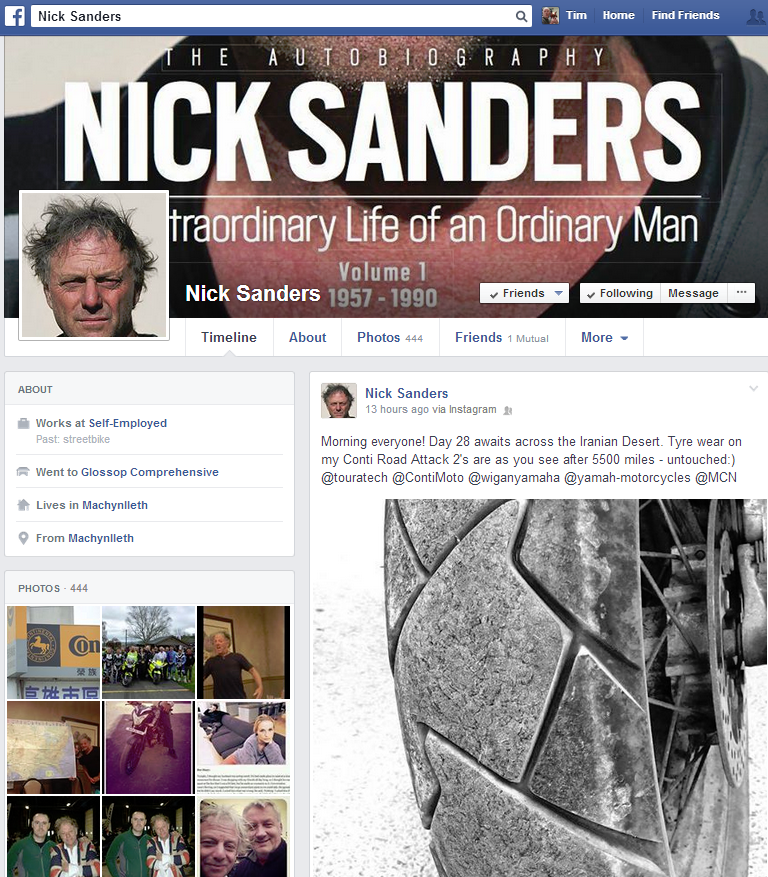 Think Nick Sanders is cool?  You can follow him across Asia live on Facebook (he’s doing it right now). 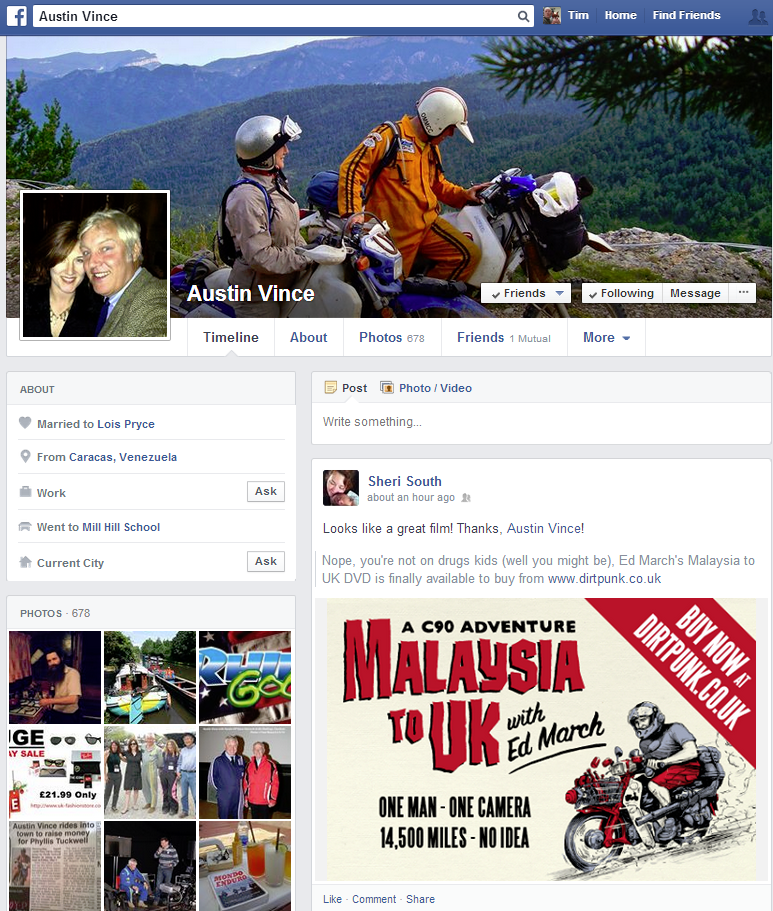 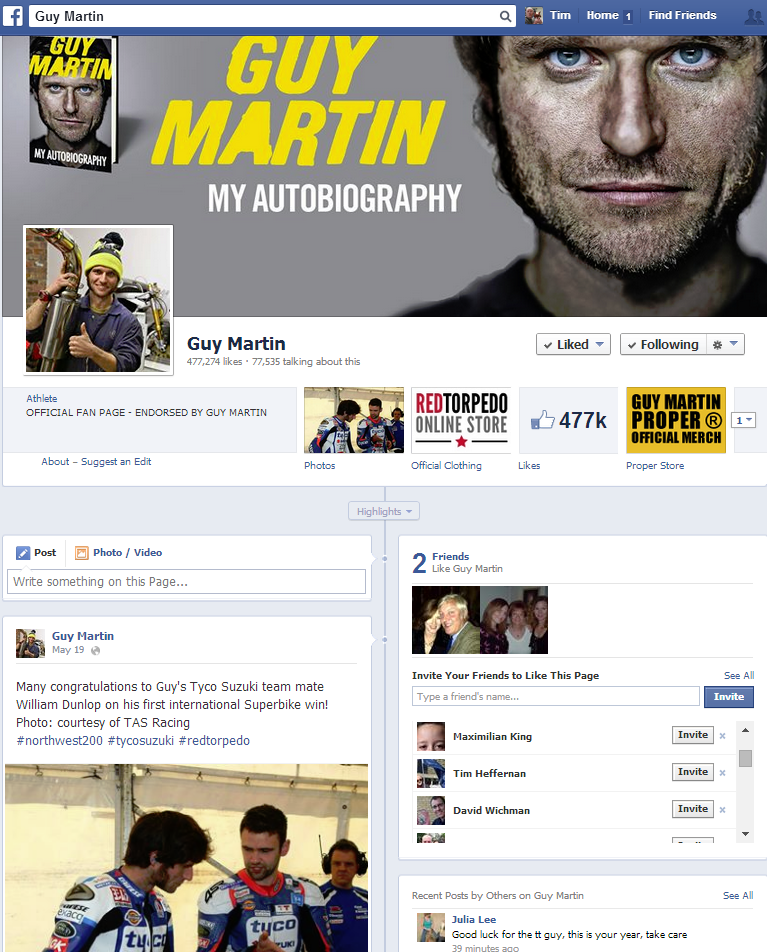 Are you a fan of Austin Vince?  He’s well connected on Facebook where you can keep up with his latest work.

Think Guy Martin is the man?  His racing management team keeps you up with what he’s doing on big blue. 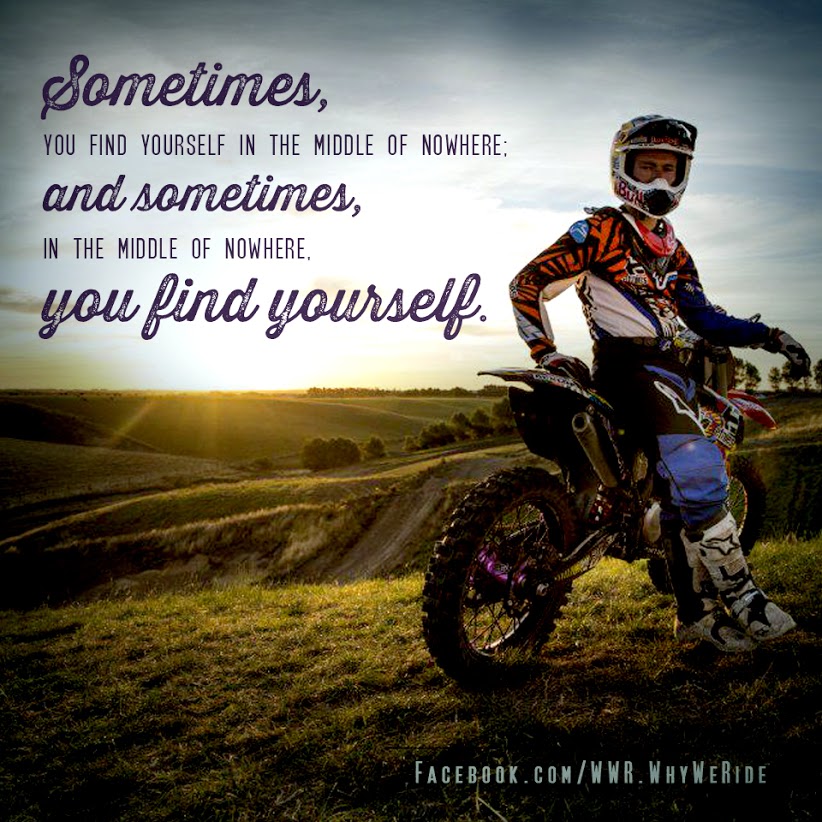 You can find all sorts of local companies on there too.  If I’m going to get advertised to on Facebook I’d rather it be by local companies that I’m actually likely to shop at.

Facebook is also a good place to find motorcycle media updates.  Why We Ride is a lovely film, but they didn’t stop there.  The Facebook site is a great place to find the latest in riding inspiration. 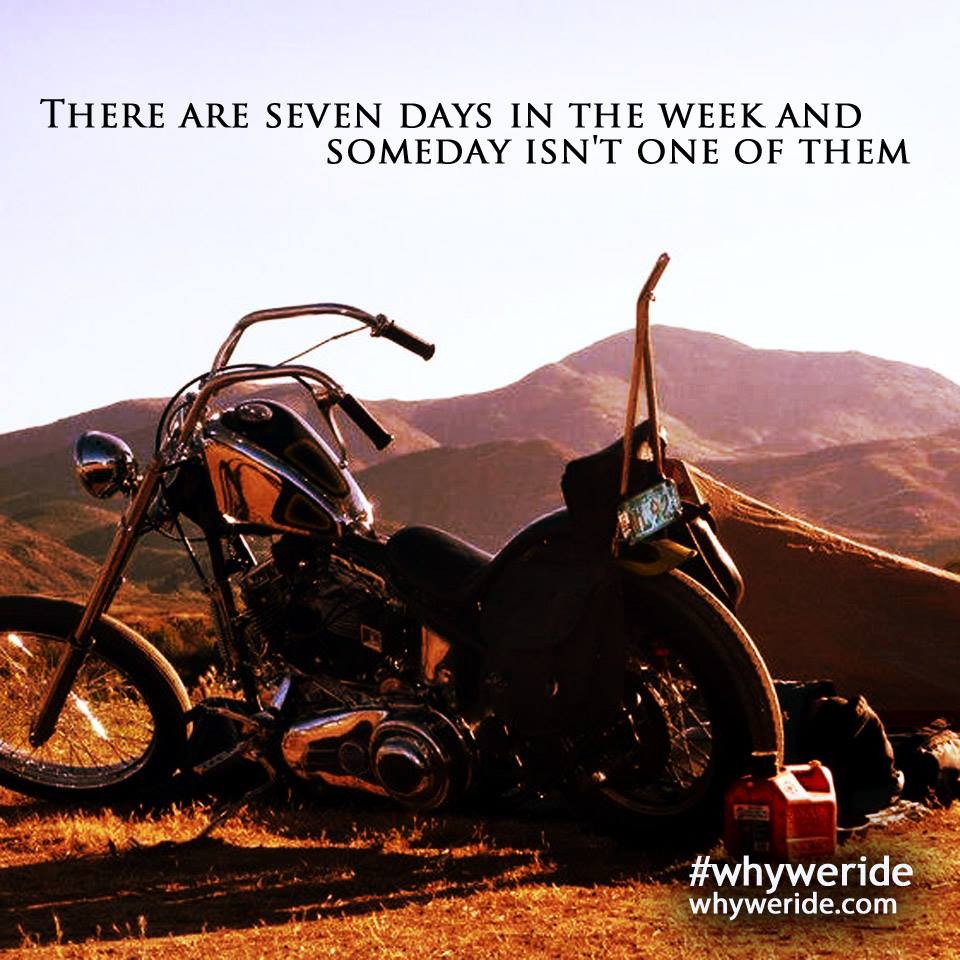 It might sound odd, but traditional media still plays a big role in connecting me to online media.  Bike Magazine connected me to Greasy Hands Preachers and Rider connected me to my favorite motorcycle author.  Between traditional and new media, we’re living in a motorcycle media renaissance, I hope you’re partaking.  It feeds all interests from the most general to the most mind-bogglingly specific. 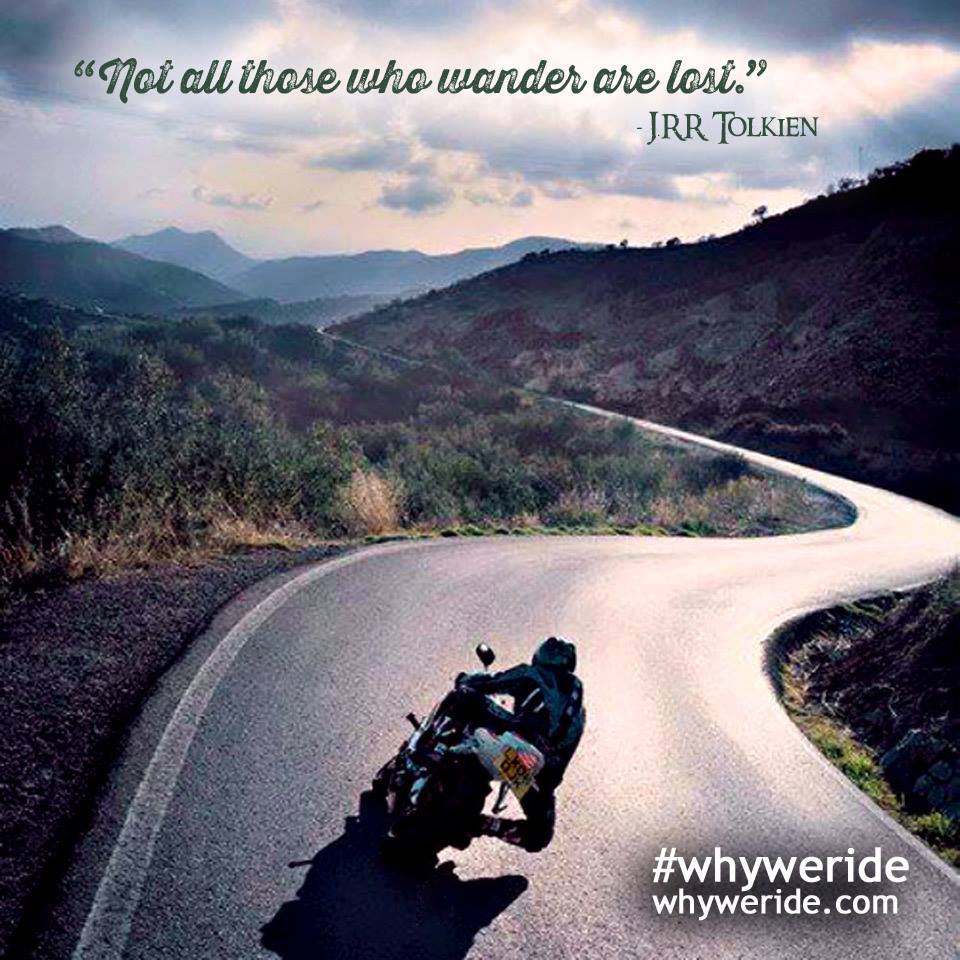