I don’t know how Triumph manages it, but they got a Scrambler into most of the scenes that involve chasing dinosaurs in the new Jurassic World flick. We just got back from it today and it’s a good time, especially if you’ve seen the original.

You see Chris Pratt fiddling with the bullet proof fuel injected Scrambler in an early scene, then he breaks it out for the big hunt half way through the film.  The kids in the film point out, “your boyfriend is pretty bad ass!” – well of course he is, he’s riding a classically styled form before function bike!

So just in case David Beckham riding into the unknown (except for the people who live there – they know about it) on a Triumph Scrambler wasn’t enough, you’ve now got hunting dinosaurs WITH DINOSAURS!

The former might have pegged the hipster meter, but the later turns it up to eleven!

Needless to say, the interwebs couldn’t resist, and it didn’t take long to get a parody out of it:

The Triumph Scrambler seems to have this magical ability to look like a capable off road bike while weighing over five hundred pounds (handy perhaps if you’re riding with dinosaurs).

I’m still looking for my basic dual purpose machine, but I can’t say that Triumph’s cunning placements don’t have be jonesing for a Scrambler, at least until I’ve had to pick it up out of the dirt a couple of times and discovered that the retro look is also very breakable, then I’d be begging for the two hundred (!) pound lighter and more robust Suzuki I’ve been longing for, though it wouldn’t be nearly so nostalgic and hipster chic.

I’ve always gone for function over appearance in my motorbiking, but Chris Pratt on a Scrambler isn’t making it easy. 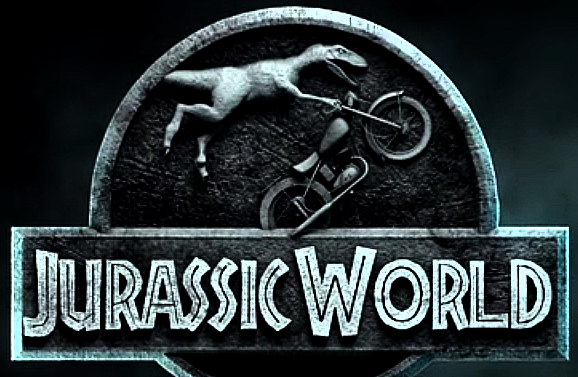