I came across this article by Yuval Noah Harari called  “Are we living in a post-truth era? Yes, but that’s because we’re a post-truth species.”  It’s not often that I’m rocked by something that I read, but this did that.  He has a particular line in it that explains the dissonance I feel with the world at the moment:

“…truth has never been high on the agenda of Homo sapiens. If you stick to unalloyed reality, few people will follow you. False stories have an intrinsic advantage over the truth when it comes to uniting people. If you want to gauge group loyalty, requiring people to believe an absurdity is a far better test than asking them to believe the truth. “

This happens with people so often that it’s one of the main reasons I find them so taxing.  Supporting other people’s fictions isn’t something that comes naturally to me.  I understand the social advantage of forcing compliance to untruths in order to establish loyalty between people, I’m just terrible at it.

In the last post talking about how to move forward in the morass of misinformation and negativity surrounding us, I mentioned that if I wanted to give up my idealism I’d go into management.  Management is one of those jobs that demands a facility for moving in post-truth ways.

A few years ago we had a poorly planned grade 8 day happen where an unexpected influx of students from the Catholic system resulted in over fifty children in one of the groups moving around the school seeing what’s on offer.  After half a dozen groups of 25 or so students accompanied by their teacher came through our program, this horde of fifty plus unaccompanied by an adult (because the second school system in Ontario won’t acknowledge the public one) burst into my shop and proceeded to do hundreds of dollars in damage before leaving.

I was livid.  I emailed admin and guidance and said (truthfully) that this was a dangerous situation that never should have been allowed to happen.  This upset our new head of guidance who was a good friend of our new principal.  His solution was to walk up to my room (very angry that I’d made his friend cry) and demand that I apologize for saying that this dangerous situation was dangerous.  I was teaching a class at the time but he wouldn’t let me leave the hallway he’d hauled me out into until I’d apologised.  It was a brutally honest moment of human hierarchical interaction where compliance to a lie was demanded and the usual niceties that we cloak our fictions in were swept aside.

More recently, as we switched to fully remote learning again following the mid-winter break, we were told “no one saw this coming” by admin.  Other than every doctor and epidemiologist in the province?  Other than anyone who had ready a credible news story in the past week?  How big a crane do I need to suspend my disbelief?  The only people who ‘didn’t see this coming’ were the politicians who caused it, and evidently education system managers who are so focused on making the wishes of what is perhaps the most malignant minister of education in Ontario’s history a reality that they’ve lost sight of reality.

One of the reasons I like working with machines is because they are honest in a way that human beings seem to find nearly impossible.  Reality continues to exist beyond the fictions people dress themselves in and will always ultimately win.  I find aligning myself with that reality is an opportunity for enlightenment in a way that the socially lubricating, self-serving human fictions are not. 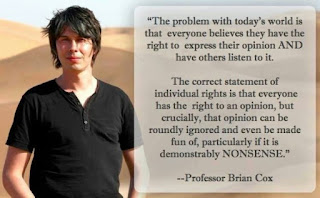 Shakespeare has Hamlet tell Horatio, “There are more things in heaven and earth,
Horatio,Than are dreamt of in your philosophy”, and that’s a good touchstone.  Reality is indeed more vast and complex than the lies we wrap each other up in.  I only wish more people would get as excited about the truth of the world as they do about the self-serving fictions we demand of each other.

In the midst of this chaos a wise colleague suggested the Netflix film, My Octopus Teacher, which tells the story of a man miserably lost in the fictions we all chose to live in finding his way back to reality.  It’s a beautiful story, and one we find hard to hold onto when we’re in the churn of Ontario COVID mis-management.


Rationalism will never have the following that reductionist demagogues find because the one is hard work while the other is slight-of-hand salesmanship, though the sleazy salesmen don’t always get it their way.  Recent North American political change suggests that even the most persuasive demagogues get chased out of office when reality makes its presence felt.  Our political system isn’t perfect, but it does tend to self correct.  After years of abuse in Ontario public services and a year’s worth of fumbling the largest public health crisis in human history, that self correction sure feels a long time coming.

In the past week I’ve read articles about how doctors in Ontario & Quebec are working out protocols to decide who lives and who dies when they run out of capacity to treat pandemic patients.  On the same day an article came up talking about how flights are up to sunny destinations because many people are giving up on doing right by others and just want to satisfy themselves, consequences be damned until they need medical help and there are no beds available then they will be the ones crying loudest.  All while Ontario is experiencing a second wave of the pandemic that makes the first look like a hiccup.

So, we’re running out of hospital capacity to treat severe cases, testing has fallen away most likely as a way to make it look like the numbers are coming down.  The politicians who have mismanaged this crisis are looking for ways to spin fictions in their favour.  I drove in to school the other day and the line for testing at our local centre stretched around the hospital.  People want to get tested but the powers that be are more interested in spinning self-serving fictions.

Meanwhile, at the peak of the worst pandemic in modern history and with the emergence of a new even more transmittable variant of COVID, what are we doing in Ontario education?  We’re preparing to go back to face to face classes next Monday.  Then we too will get to play the ‘who-gets-treatment’ game with other front line workers while interacting with and giving the highest transmitting age groups a chance to drive another spike.  That’s why I’m awake at three in the morning wondering at the hypocrisy of human beings.