Deerhurst Resort to Algonquin Park and back again, chased by the rain.

Algonquin Park in the rain at the height of autumn colours. The Theta 360 camera held up but I eventually pocketed it when the deluge become too heavy.  The camera is mounted on a ball mount on the handlebars and set to fire automatically every 10 seconds.  Photos captured in the Theta camera app and then modified/enhanced in Photoshop. 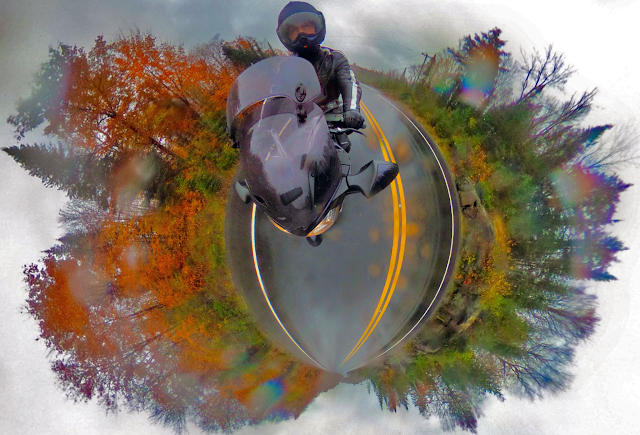 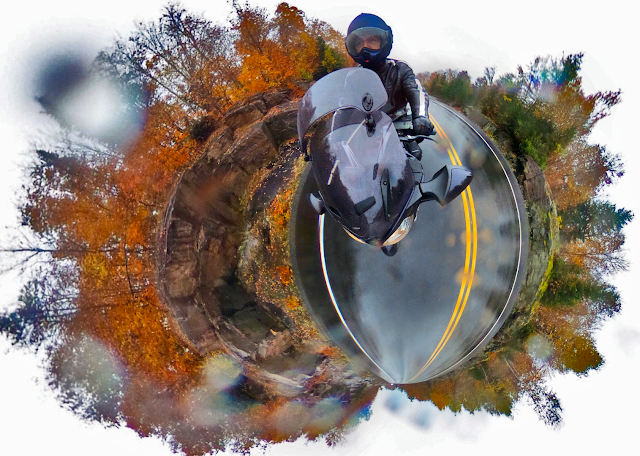 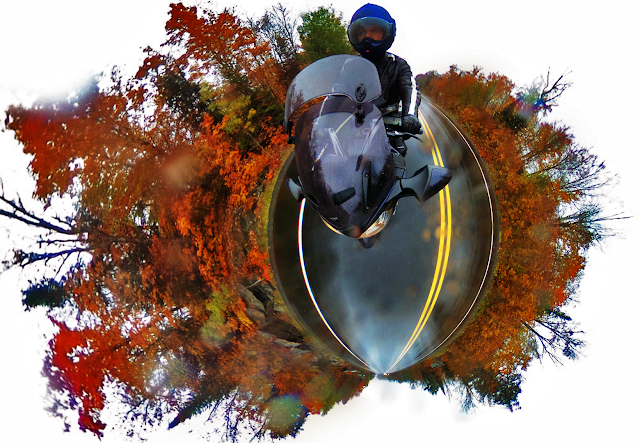 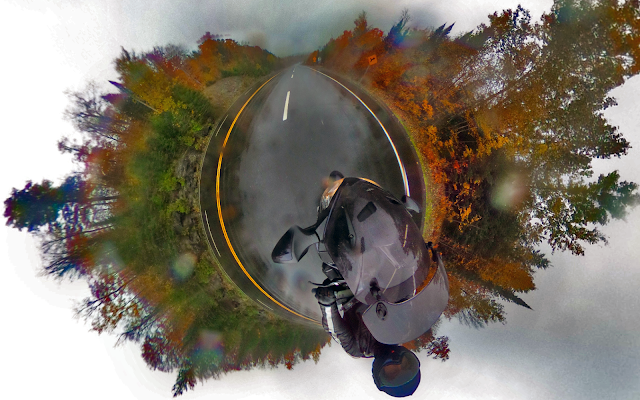 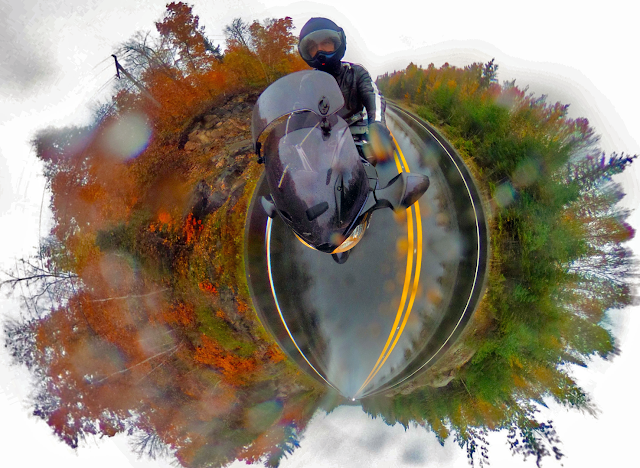 If you’re curious about how to put together on-bike photos, check this how-to out.  It’s also available on Adventure Bike Rider Magazine’s site here.  You can pick up a simple 360 camera for a couple of hundred bucks.  Fully waterproof ones (which I obviously need) start a bit higher.

I got into this with Ricoh’s Theta way back in 2013, but Ricoh has been stingy about support and won’t even offer me at-cost options for educational use.  Looking around recently, the Insta360 offers some interesting combinations with next generation 360 imaging, though it’s very video focused and I prefer still shooting.  Gopro also has the 360 Max, though it isn’t as aerodynamic and therefore might not be the thing to put on a bike in the wind, though I’m willing to give it a go.
Gopro goes out of its way to support users and especially ones who advertise for them on social media.  I wish Ricoh were so forward thinking, but they aren’t.  I’d suggest the Gopro if you want to get into 360 photography.  It’s remarkably easy to set up and the results look fantastic.  You should give it a try.