After the random weirdness of work, time in the garage with the old Bonneville is remarkably
straightforward and logical.  I suspect the bike was in the middle of a Captain America Easy Rider customization in the early/mid eighties when it got parked and time left it behind.  I got it from Brian’s storage shipping container where it was out of the weather and raised off the ground.  I don’t know where Brian got it from but I suspect it was always stored inside.  I battled with a mid-nineties Kawasaki that had been left outside back in 2014 and this much older machine is nothing like as seized, rusted and difficult to get into.

Anything that doesn’t immediately loosen gets a bit of heat and then comes free without any headaches.  Not being in a rush and leaning on the spannering skills I’ve refreshed over the past decade is making this an enjoyable and meditative process. 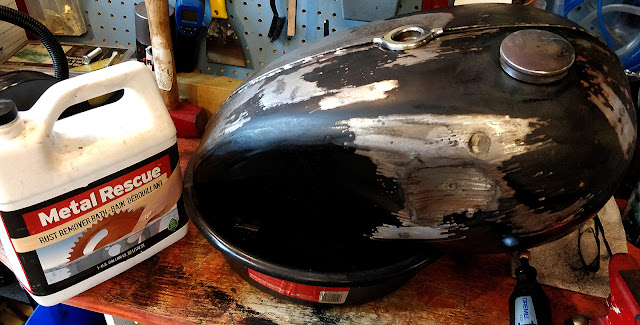 The surface rust came off the tank with a bit of sanding.  I’m going to see if I can knock out the dent and then strip it all back.  I used Metal Rescue on the Honda Fireblade tank in my last project and it did a fantastic job of cleaning that unused and rust tank out.  I’ll let it sit overnight and then do the power wash tomorrow and hopefully the tank’ll come back to me.

The Amal carburetors on the bike are remarkably simple compared to what I’ve been up against before.  Last time around it was a bank of four last-generation-before-fuel-injection carbs on a ’97 Honda Fireblade.  Before that it was a bank-of-four on a ’94 Kawasaki GTR1000 and then another complex bank of four on an ’81 Yamaha XS1100.  The old Bonnie’s single Amal carb per cylinder is a simpler design from a simpler time compared to those complex Japanese four-pot carbs. 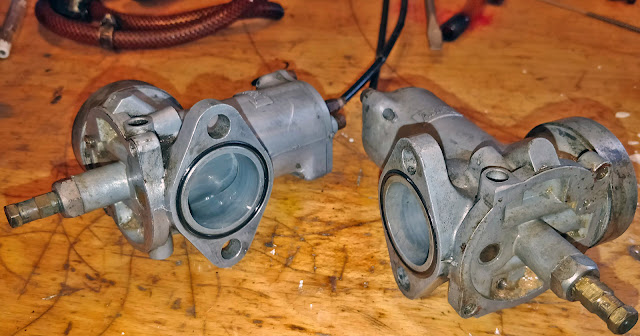 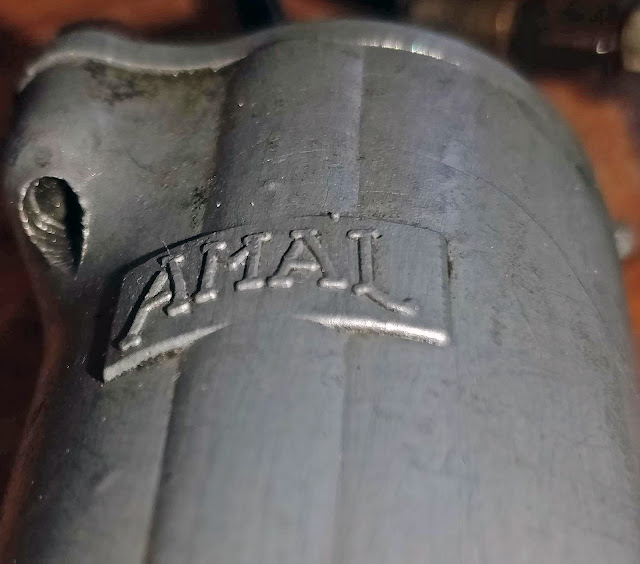 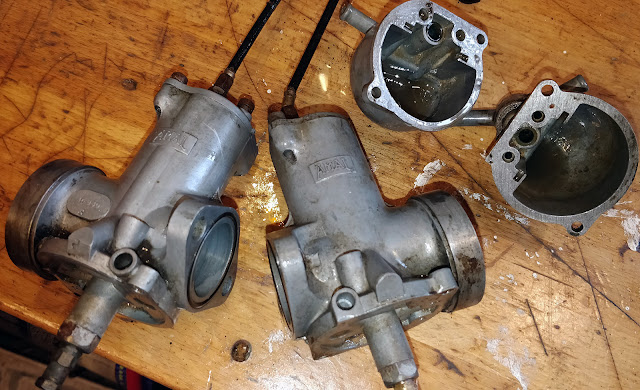 After an initial cleanup I’m going to break down each carb and clean the hard parts in a ultrasonic cleaning bath before reassembling with new gasketry from British Cycle Supply Co..

I think my plan is to get the bike operational mechanically and have it going next spring having cleaned up and rust painted the frame and body.  Once it’s operational I’ll ride it for a season rough and get to know it before looking to a complete engine rebuild and deeper restoration of frame and body panels at a later date.

In order to get it back to rideable, these are the parts I think I’ll need: