Originally published on Tim’s Motorcycle Diaries in June of 2014: 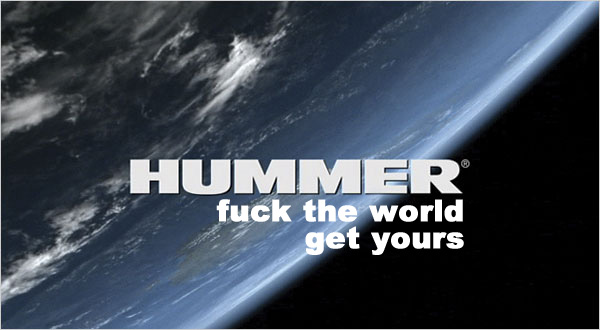 The other day I swung in for one of my infrequent fuel stops on the Ninja.  As I was finishing up putting $18 of super into the tank, good for another 300kms, the guy across from me was bleating about how much it was costing ($180 of the cheap stuff) to fill up his massive pickup truck with chrome wheels and low profile tires (I won’t go into how wrong that is, suffice it to say that this truck wasn’t purchased to *do* things, it was purchased as a look-at-me-penis-extension – one that costs over two hundred bucks a week in gas).

His fill up would put about ten tanks in the Ninja, at 300kms a tank his single fill up would get me over 3000kms (!), and he has the nerve to stand there crying about how his inferiority complex has resulted in poor choices?  If gas doubled in price tomorrow I’d still be able to afford to ride.  I wonder what Bucky-look-at-my-truck would do.

I was reading Cycle Canada last night and came across a letter from a reader who (after extolling the virtues of cruisers for a long time) went on to sneer at the idea of quiet electric bikes, basically saying that they’d have to pry his Harley out of his cold, dead hands.  Many of those dinosaurs will soon be extinct and maybe then we can move on to forms of motorcycling that are sustainable for generations.  I’ve often wondered what it would have been like to ride my Grand-dad’s bike.  Wouldn’t it be cool to get to a point where our descendants can?  It would give me great pleasure knowing that we developed a form of motorbiking that is so efficient and undamaging that my great, great grandchild could enjoy it without worrying if it will irreparably damage the world.

Don’t get me wrong, I love the sound of a nicely tuned engine as much as anyone (you can keep your farty exhausts), but if the internal combustion engine is the pinnacle of human achievement, we’re in real trouble, especially if we’re going to stuff the world full of billions of people who all want a giant pickup.

Way back in the 1990s I watched one of those Star Trek: The Next Generations that was dangerously insightful.  In the episode, Force of Nature, it is discovered that warping all over the place actually damages space.  It snuck up on you, but the allegory was clear – even if you love something (burning fossil fuels and making CO²), you can’t be blind to the damage it does.  What was previously a blind-love relationship with motor vehicles became more complicated for me after that.


Just recently I watched Cosmos and the episode they did on climate change was jarring.  Neil deGrasse Tyson demands something more than blind devotion to fossil fuels no matter how easy they’ve made life.  Ever the optimist, he states that in the next century we’ll build the last internal combustion engine as we move on to less environmentally damaging technologies (he’s an optimist, I don’t know if we’re that adaptive).

If you ask most people to imagine a world without internal combustion, they can’t.  I asked kids in class a couple of years ago what they’d like to do when they retired in 2045.  One said she wanted to buy a Camaro.  I asked her what she intended to do with it, use it as a planter to grow flowers?  She couldn’t conceive of a world without cheap, plentiful oil, most of us can’t, but that world is coming.


Nothing thrills me more than seeing real change.  Formula One this year is using hybrid gas/electrical power plants and reduced the fuel from 176 to 100 kilograms per race.  The cars are faster than ever but the engines are changing how to drive quickly.  Instead of having to wait for a gas engine to rev up to peak output, the electric assist is providing instant, full torque.  Drivers are having to change how they negotiate corners because the power is instantly available.  The cars are also much quieter, you can actually hear the rubber squealing as they peel out of the pits (you couldn’t before over the howl of v8 engines).

I also caught some of the 24 Hours of LeMans.  The prototypes in that race used only electric power to enter and leave the pits.  They were eerily silent and people could carry out normal conversation as they went about their work, it was pretty awesome.  They are also faster than anything previously while using less fuel.  That’s the kind of future I can get excited about.

The McLaren P1 is an astonishing piece of engineering.  Over 30mpg and capable of well over 200mph.  It’s not just fast for a hybrid, it’s one of the fastest cars ever built.  The future won’t be slow, though it may be much quieter.

There are still people who keep steam engines alive because they love the history and the mechanics of the things.  They aren’t very efficient, and it wouldn’t be sensible to have everyone using steam, but it’s nice to see mechanical history honoured.  There are people who will keep gasoline engines alive.  They aren’t very efficient or sustainable, and it wouldn’t be sensible for everyone to have one,  but it’ll be nice to see that history remembered too.  For the rest of us (doofus with his pickup truck included), I’m looking forward to a quieter, faster, cleaner future.  In the meantime I’ll enjoy my 0-60 in under 4 seconds Ninja that gets more than 60mpg.  There is nothing like the minimalism of the motorbike to make the most out of every drop of fuel.