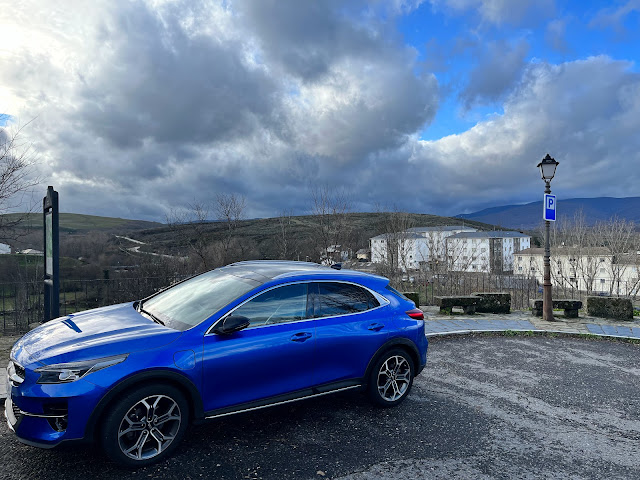 We ended up with it because we were driving from Madrid, across Spain and into Portugal, and Lisbon has a low emissions zone where only electric and hybrid electric vehicles can go. Before we left Madrid airport the guy at the rental desk encouraged us to charge it up and use the battery to save gas – but they didn’t include the charging cord with the car, and so began a long series of frustrations with our first hybrid electric driving experience.

We figured we’d just charge at a station but stations don’t provide charging cables, they come with the car (unless they don’t). On top of that, it turns out that the charging cables aren’t standardized, and vary from region to region (I imagine because electricity itself isn’t standardized worldwide); the stupid plug stack I packed to keep our devices charged is testament to that.

Imagine if you had to bring your own gasoline hose with you everywhere you went. Imagine if different cars had different sizes and shapes of holes for you to put gas in, so your car only worked at certain gas stations. We’re a number of years into this ‘electric revolution’ in vehicles. I’ve never been able to afford being early-adopter green, but a lot of wealthy people enjoy the glow of showing everyone they care about the planet (I just keep old, efficient, high mileage vehicles in good repair and on the road, saving all those greenhouse emissions from having to manufacture something new every few years).
I thought the ‘EV Revolution’ would be further down the tracks with standardized ports and cars that actually came with the gear needed to make them work. Many manufacturers are making marketing noises about being entirely electric in the next decade, but after our experiences in Spain and Portugal, I can’t see how this is anything more than marketing. William Gibson’s observation about the future being here, but not evenly distributed rings especially true in the EV shell game.
Not that it mattered because we couldn’t use them anyway, but I recently read that many EV chargers are in disrepair. The reason why again emphasizes green marketing designed to ease climate anxiety rather than recognizing the hard work of changing how we move ourselves around. Many chargers are out of commission because the money to install them was provided, but the money to maintain them was not. Details like this make it difficult to believe the hype, though if it makes you feel high and mighty, I guess it has achieved its true aim.

The appearance of green is more important that the truth of it. We get given an HEV to get into Lisbon’s low emissions zone, but without the charging cable we’re a gasoline powered car carrying hundreds of kilos of battery and an entire secondary drivetrain, all of which reduces the gas efficiency of the vehicle, but we can drive into Lisbon because we have an HEV badge on the the thing; more smoke and mirrors.

We’ve driven over 2000kms in the KIA. It’s the first KIA I’ve driven that has seats that fit me (nice sports seats no less). Like most modern cars, the electronics integrations are nice, but I have concerns about the privacy and cybersecurity of it all. When we got into the car it had a list of all the people who had driven it previously which included their personal device information including their phone name, type, bluetooth details and even what they’d been listening to. I deleted it all and we’ll clean the KIA before we hand it back, but most people don’t. 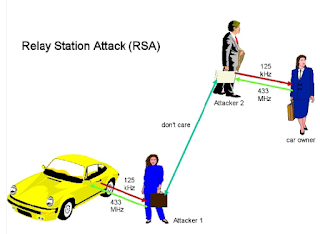 On the Redcar ride to the airport for this trip the driver was telling us about how there has been a rash of vehicle thefts powered by electronic hacks rather than good old fashioned grand theft auto. If you own a new truck in my neighbourhood, you better be crafty about how and where you store your keys. The guy delivering fliers to your house may be sniffing around to clone your convenient electronic key. Still digging that electronic convenience? Turns out we are behind in vehicle cybersecurity in Canada (and worldwide). My day job is developing cybersecurity education, so I’m not remotely surprised by this. Everyone lives their lives on networked devices but almost everyone is oblivious to how this technology works and how it can be exploited (except for criminals).

One of our last stays has Tesla charging stations at the building, so we’re finally charging the HEV. I’m curious to see what having it charged does to mileage, but I still feel like hauling all that extra weight around is a step backwards. My Mazda back home isn’t HEV, but is lightweight and efficient (getting almost 10 miles per gallon better than the Kia), but it isn’t allowed in a low emissions zone. It’s also over a decade old and ready to do another decade of high efficiency service. That approach is greener, but it doesn’t sell new cars to rich anxious people.

I haven’t gotten into the nasty and exploitive world of lithium battery mining and production in this, but I should have. I’m a big fan of going green in a real way. I suspect that hydrogen fuel cells will offer a solution to burning fossil fuels that the messy world of hybrid and medieval battery technology EVs can’t, but we’re still some way away from creating anything like the infrastructure needed to leverage the most abundant substance in the universe to power our transportation needs.
I also haven’t gotten into the all the data collection around charging systems in Spain and Portugal. If you drive electric you’ll be pumping personal data (including when you’re not home) into online databases from multiple companies. Those online databases are what criminals access to steal personal information, often to sell to other criminals. It’s a worldwide problem and having signed up for multiple ‘apps’, my exposure to potential hacks has increased dramatically – even though none of them actually charged the damned car (which is also collecting my data).
Maybe the fully charged KIA will change my mind today, but I doubt it. The inherent inefficiencies around lugging along spare powertrains and batteries aren’t the solution they’re being made out to be. The hidden dangers to my privacy are the forgotten side of this convenience and green marketing. The real answers aren’t going to be solved by marketing snowjobs that ignore nasty truths about our still terrible chemical battery technologies and vehicle cybersecurity. Hopefully next time I rent a ‘green’ car, it’ll actually be green, and secure.
What moving off burning hydrocarbons might really look:

Cybersecurity in cars (should also include privacy and security around charging!):

Some other observations from driving in Spain and Portugal…