Recently the Toronto Star turned off online comments on their website.  I beat them to it by about a year.  I was recently asked why I would do that.  Don’t I want people to interact with my online content?

I sure do!  And if they want to they can share my blog and then comment on it to their heart’s content.  What do I possibly get out of running a comments section on a blog?  Nothing!  If you ask for a login no one bothers to do it, if you allow open, anonymous comments you get buried in advertising and nastiness, the typical by-products of human interaction.

With the advent of pervasive social media the idea of needing a comments section within your online content has had its day.  Anyone reading online content has their own social media presence of some sort nowadays.  They are more than welcome to leverage that in order to comment on my content.  In doing so they share my content.  It’s the least they can do if it prompted them to have an opinion on it that they want to share.


We’ve moved from stratified, traditional, paper based media delivery though early adopter online media delivery to a more mature, everyone-has-a-presence-online media delivery system (nicely explained in this essay lambasting education’s inability to free the essay from its millennium of bondage).   Embedded comment sections are a hold-over from an earlier internet where online readers tended not to have their own online presence.

Digital technology is forcing an increasingly flat media-scape.  Millennials spend almost no time in traditional media.  They could barely pay attention to Star Wars in the theatre when I was there last week.  I’ve stopped showing videos in class because asking Millennials to watch media simultaneously is alien to them and frustrating for me.  In a world where people distrust and often ignore the patronizing nature of traditional media it’s best not to fight the flow.

If you’re determined to hang on to the comment section in your online content you’re swimming against the current.  You’re assuming that your content is somehow more established, more authentic, more valuable.  You are belittling your visitors’ online presence by making them work in yours.  It’s ultimately about you refusing to surrender control of your content in an increasingly democratic communication medium.  That idea of control is a holdover from traditional, paper-based media hierarchies, it isn’t surprising that a newspaper struggled with this.  You’ve got to let it all go Neo.

If you want insipid examples of human nastiness and stupidity you’ll find them online, especially in anonymous, internal comment sections.  I’d long stopped reading The Star’s comment section for this very reason.  I also tend to blacklist those brave (often conservative) souls on twitter and other social media who hide behind anonymous or fake user names.  They feel very brave and are usually overly aggressive in their anonymity.

What’s funnier are those people who create social media presences based on their real self and then proceed to advertise their ignorance to the world.  If someone is going to confuse Twitter with texting there isn’t much we can do for their employment prospects.  People who are nasty online tend to get bitten though.   It’s a self correcting process and it’s happening less and less because we’re getting better at it. 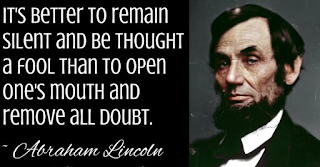 This flattening media-scape isn’t just hurting traditional media, it’s also snapping at people who don’t realize that their reach has changed.  Democratizing media means empowering people who have no experience with publication, and make no mistake, every time you post on social media you’re publishing to the entire planet.  People in Timbuktu can read your tweets if they are so inclined.

There will come a point when there have been enough cautionary tales and social experience with self-publication that people will learn best practices and the vast majority will realize just how empowered and potentially dangerous we’ve all become in our flat new world.

In the meantime, if people want to comment on my content they’re welcome to share away, but I’m not providing a comments section because it belittles my reader’s own online presence and dilutes my material with mean and often irrelevant comments.