Ontario has hundreds of miles of ocean coast line but being Ontario there is no way to ride there.  Quebec hasn’t been so lackadaisical in connecting its northern communities by road.  If I cut out of Ontario just east of New Liskeard I could then make use of Quebec’s better northern infrastructure and actually ride to the coast of James Bay almost to the point where it opens out into Hudson’s Bay:

I’m not the first one on an adventure bike to want to ride to the end of the road north in Eastern Canada: 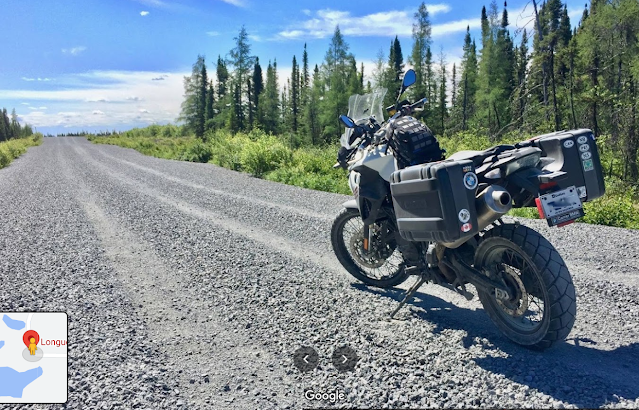 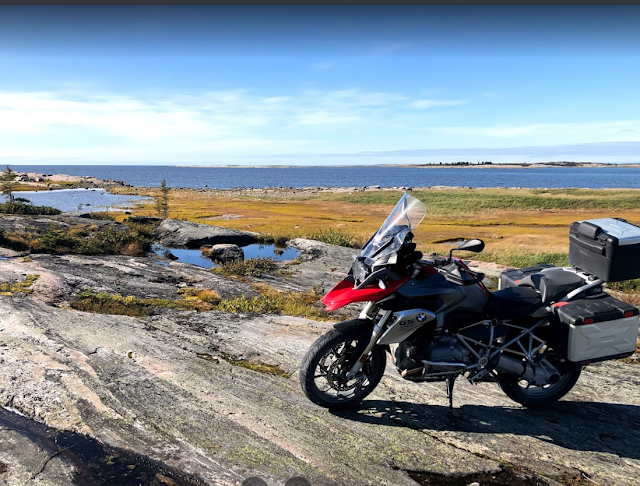 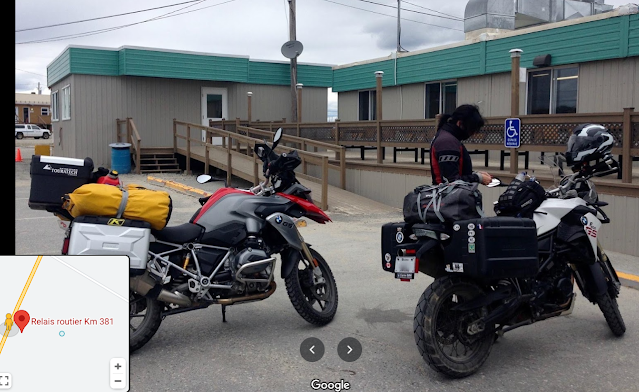 …though apparently only (new) BMW riders make the trek.  Bet my old Tiger could do it.

It’s remote but the vast majority of the 1600+ kms north are on paved roads.  North of Hotel Matagami (just over half way up) services get thin.  It looks like there are road side truck-stop type accommodations on the James Bay Road but most of what’s on offer is camp grounds and sparsely spaced gas stations.  Sounds like a perfect adventure bike thing to do!

Lots of good advice for riding motorbikes in the remote north around James Bay can be found on the James Bay Road website.  The challenge here isn’t twisty roads and nights in the bar, it’s the extreme isolation of the far north.  You need to be able to keep your machine moving or it will end expensively, or worse.  Getting a tow out would cost thousands.  Worst case would be getting stuck without any means of getting out, then it could quickly get dangerous.

For people who have only ever travelled between other people this’ll be hard to wrap their heads around.  On a ride like this you’d find yourself hundreds of kilometres away from the nearest people and even further away from infrastructure that could help you.  Self-sufficiency would be central to a successful run up to James Bay. 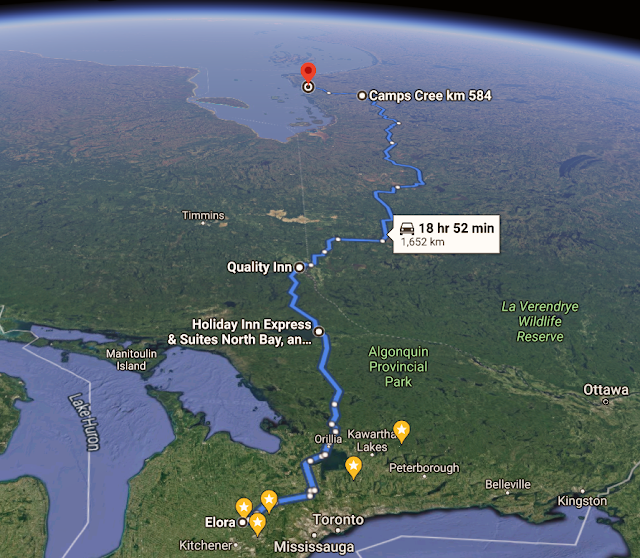