This caught the eye of Alanna a few weeks ago and we rode out to Wellesley, Ontario to Ross Hergott Vintage Cycle today to have a look: 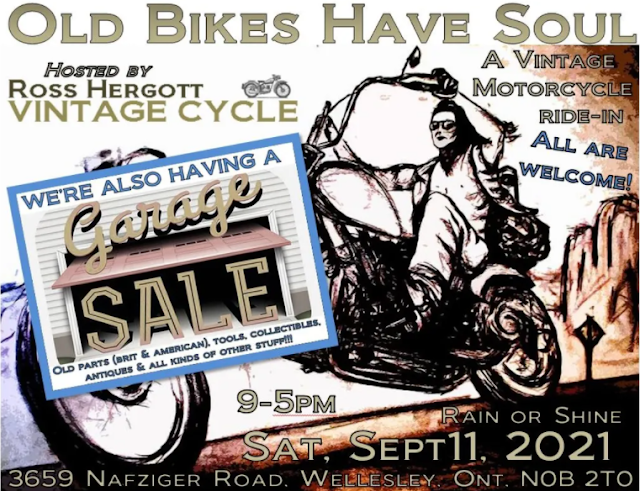 We’re both still in recovery from week one of year two of pandemic school, but we finally got ourselves into motion after noon and made our way through some fierce winds to Wellesley, which is one of those places that’s only 45 minutes away but I’ve never been too.

The goal was this all day vintage motorcycle ride-in and we saw old bikes on the road coming and going.  While we were there at least a dozen riders were hanging about, chatting and looking over what Ross had on display along with what they’d ridden over on.

Ross has a fanastic shop – the kind of place that looks like it has grown out of the ground with layers upon layers of collectables, tools and bikes that could only look like it does because he’s been there for decades.

We had a chat with a guy who rode a 125cc 1950 BSA Bantam over to the meet.  The tiny bike had been in his family for generations and he knew a lot about its history and restoration.  Old bikes like these tell a story simply because they are survivors.  Of the tens of thousands of BSA Bantams churned out in the 50s and 60s, only a handful remain, and to see one of them in fine fettle at this meet was a real treat.

My trouble-making pillion suggested the kid with the chopper pit bike take on the Bantam in a race.  It wouldn’t be much of a race (they didn’t exceed the speed limit at any time because they couldn’t), but it was fun to watch the kid stall out and the old BSA putter off down the road to victory:

There were a couple of well looked after 70s Triumphs for sale at this meet.  Going for about five grand, they put the lie to that Tiger I’d been looking at online in a previous post.  I’m still hoping I can find a reasonably complete older British bike that I can rebuild from the inside out for a couple of grand and then bring it back to working order.

I’d thought that project would be a Triumph but after seeing some of the lovely BSAs at this meet (I’m a sucker for a polished alloy tank) I’m starting to think that perhaps one might be in my future.  I’m hoping for a simple, light-weight, air-cooled machine that lets me get analogue in a deeply mechanical way.  A twin would be ok but a thumper would be even more on point, and BSA made wonderful thumpers… 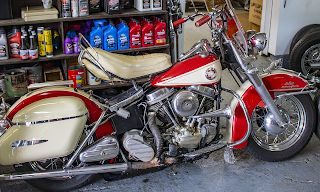 I’d feared it would be a Harley Davidson snooze fest but there was an interesting mix of old British bikes and HDs on hand – no Indians though, which was a shame.  Harleys always make me think of mennonites (Wellesley is in the middle of mennonite country so they were on my mind).  At one point Harleys were state of the art machines but they suddenly decided to stop evolving and just push out variations on the same theme for decades.  The motor company’s recent bikes show a rejuvinated interest in modernizing their designs.  From Charlie and Ewan’s latest Long Way Up on electic HDs to their latest Pan American adventure bike and newest Sportsers, HD is flexing some engineering muscle and suddenly considering them doesn’t seem as absurd to me.  I hope this new forward-thinking approach pays off for them.  I want to be a fan. 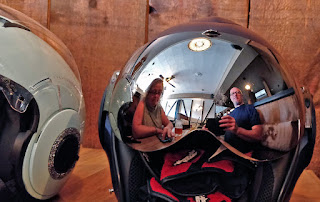 We had lunch at the Nith River Chop House (great food, but don’t be in a rush, they won’t be) and then rode over to a Eco Cafe on the Connestogo River in St. Jacobs for a nice coffee on the patio overlooking the river.  There we ran into an old fella named Albert who must be closing in on 100 years old.  He’s dealing with terminal bone cancer but told us some amazing stories about the decades he spent farming in South Western Ontario while the world evolved around him while we all enjoyed our coffee and watched the river flow past.

I don’t often head into farm-world to the west of us (lots of bugs due to the livestock and tedious, straight roads), but this ride out to Wellesley had me looking at the landscape in a new way, and knowing there’s an interesting classic/custom shop out that way means I’ll be keeping it in mind for future rides.  If nothing else, the chance to ride on roads I haven’t been round and round on during this year of pandemic lockdown felt like a breath of fresh air.  The chance to see old bikes was the cherry on top. 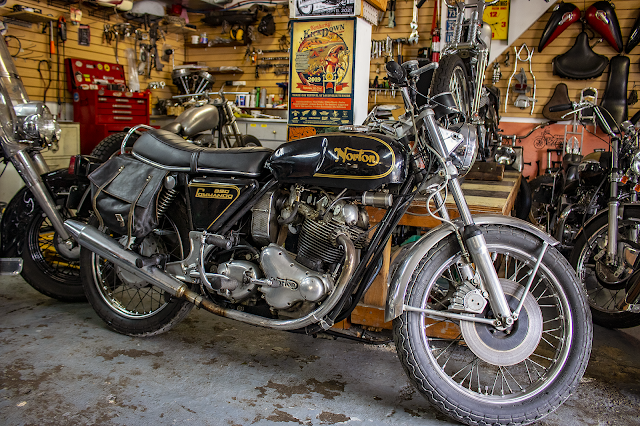 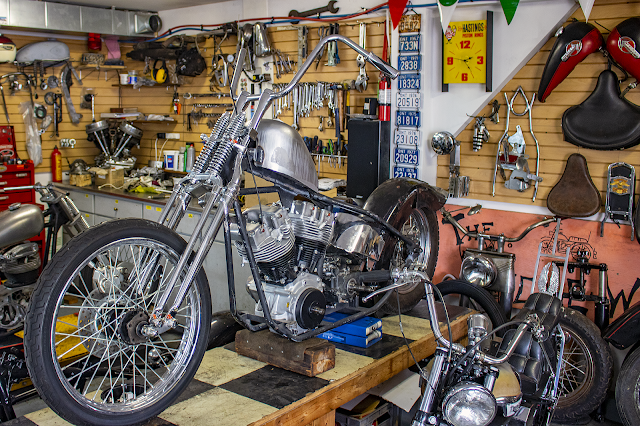 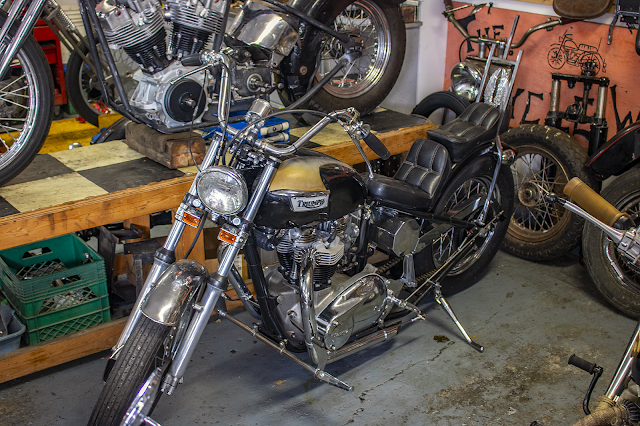 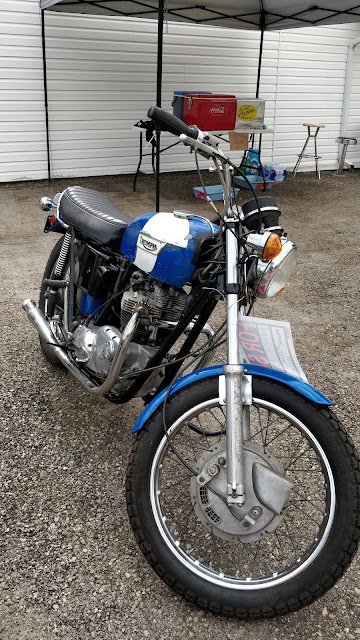 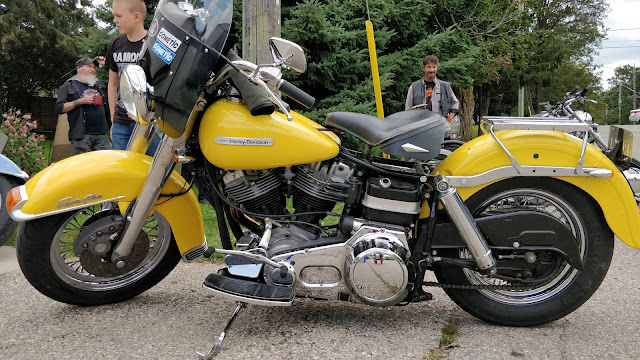 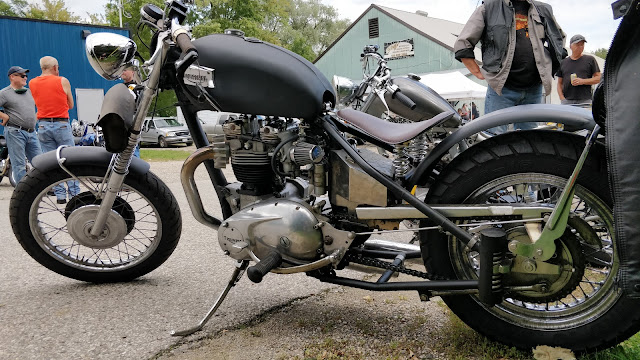 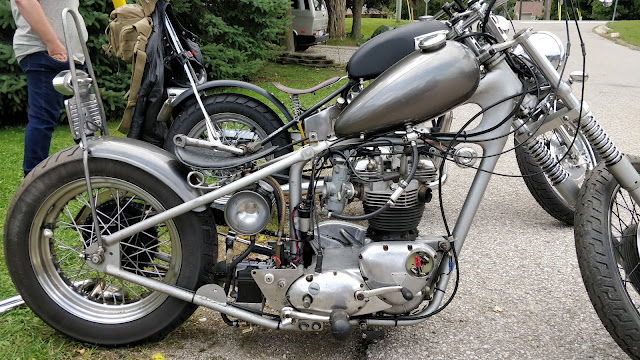 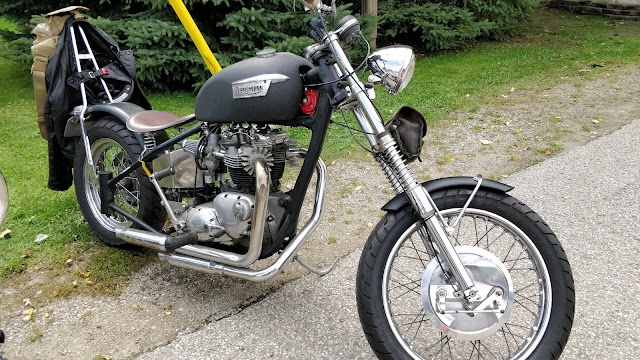 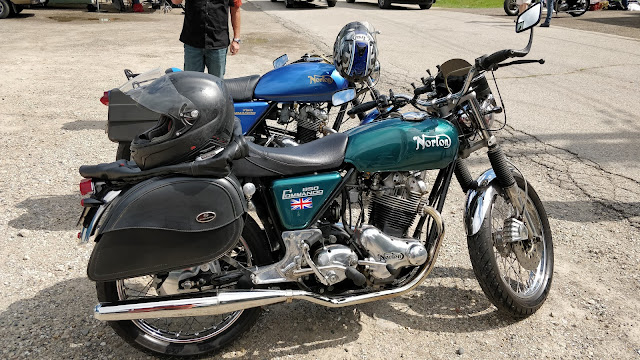 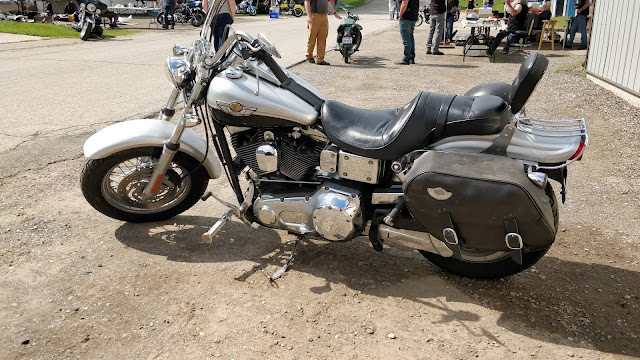 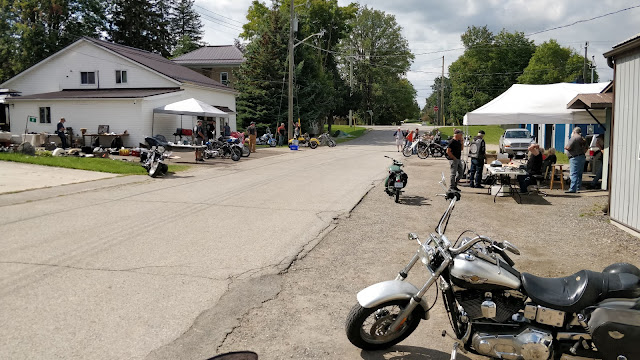 If any of these get your motor humming and your wallet out, get in touch with Ross, he might be able to help you out:  Ross Hergott Vintage Cycle.